President Paul Kagame arrived in Belgium on Monday, where he will attend the 12th edition of the European Development Days (EDD), which runs from 5-6 June 2018.

Organised by the European Commission, the European Development Days bring the development community together each year to share ideas and experiences in ways that inspire new partnerships and innovative solutions to the world’s most pressing challenges.

On the sidelines of the gathering, however, President Kagame will meet and hold talks with top EU officials as well as meeting King Philippe of Belgium before holding bilateral talks with Belgian Prime Minister Charles Michel, according to a communiqué from the President’s office.

The President will also hold meetings with EU leaders including Donald Tusk, President of the European Council; Neven Mimica, EU commissioner for international cooperation and development; Federica Mogherini, High Representative of the Union for Foreign Affairs and Security. 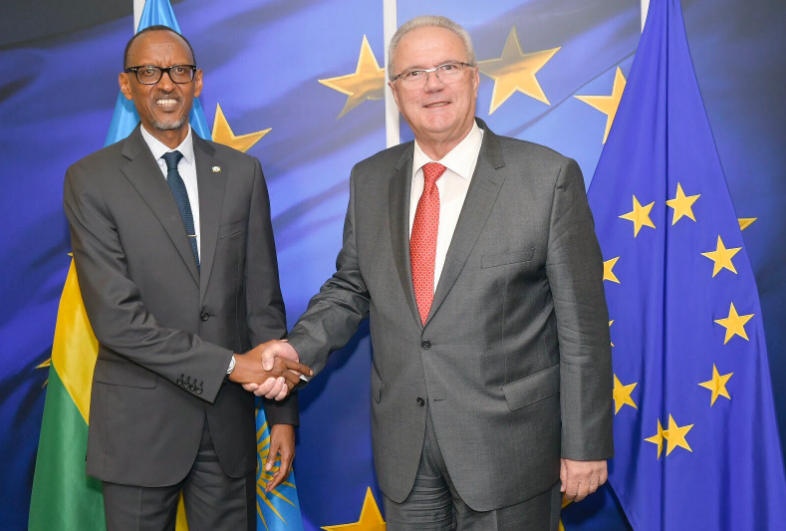 Kagame will also hold talks with Jean-Claude Juncker, President of the EU Commission; and Antonio Tajani, Speaker of the European Parliament.

Kagame is globally known as a champion of women empowerment. In most of his lectures, the President has always reminded the world about the vital role of involving women in every aspect of leadership.

At some point, the President stated that: “Any place that does not make gender equality a priority, is probably getting other important things wrong too.”