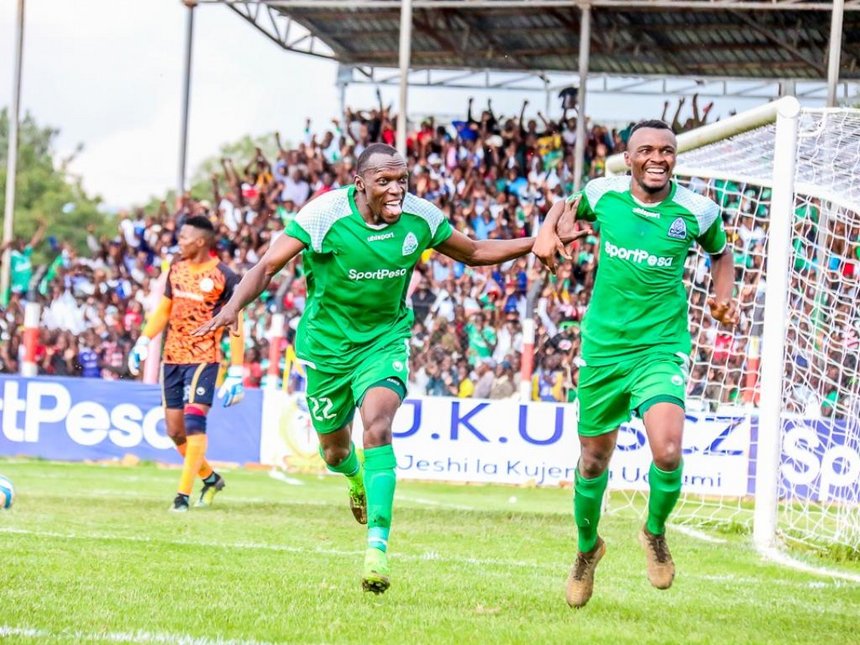 The KPL champions saw off their opponents in a pulsating final at Nakuru’s Afraha Stadium.

Kagere and Tuyisenge scored the crucial goals for the K’Ogalo in either halves of the game.

Kagere latched onto a cross from Tuyisenge who crossed after a couple of passes with Francis Kahata to beat Simbas’ custodian Aisha Manula.

Kahata and George Odhiambo went close moments later but “Wekundu wa Msimbazi” survived the onslaught and went into the break just a goal down.

Just ten minutes into the second half, Kahata supplied the ball in the box that seemed outbound but Tuyisenge stretched full length to guide the ball into the net.

The winning goal handed K’Ogalo Sh3 million (Rwf. 25m) in cash prize. Gor, who are also the league champions, will now travel to England to face top-flight side Everton at their Goodison Park home next month.

Tuyisenge won the golden boot having scored 4 goals in the competition while Shaban Ondhoji was crowned the best goalkeeper of the tournament.

Kogalo qualified for the final after beating Singida United, also from Tanzania, 2-0 in the second semi-final played at Afraha Stadium.

Gor Mahia is the holders of the cup and will be meeting Everton for the second time.

The champions became the first KPL side to play an EPL side on African soil when they met on July 13 in Tanzania in a pre-season game.

It marked a first defeat handed to a Kenyan outfit by an EPL side.

Wayne Rooney scored a sublime curler in the game just after the half-hour mark which was later cancelled out by Tuyisenge.

Substitute Kieran Dowell’s goal, however, secured the win for the Toffees.

On May 13, Gor Mahia were for the second time beaten by an EPL side when they went down 4-3 on post-game penalties against Hull City at the Kasarani Stadium.

The two sides had played to a barren draw in regulation time.

Coach Dylan Kerr’s charges showed great display in defence and enjoyed the bigger percentage of the possession but they faltered on the offensive.