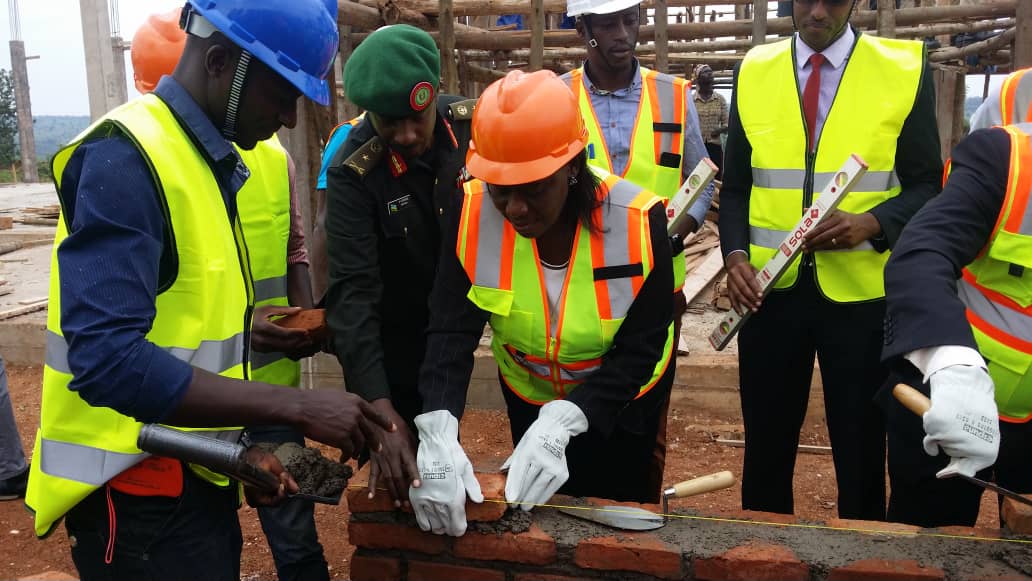 It was an emotional moment when Samuel Mugisha, 13, hugged his father after three years of seperation.

“I am so emotional that I have seen my father again. This is a jovial day for me,” said Mugisha.

Mugisha had become a drug addict for some time after being abandoned by his parents.

His father, Emmanuel Twagiramungu, who came to receive his son at Gitagata rehabilitation Centre on Thursday, said he regrets abandoning his child.

“This is a lesson and I have learnt the hard way,” he told KT Press.

This morning, government launched expansion works in Bugesera district, which will be a rehabilitation center for street children and will cost Rwf2 billion.

At the same function, parents of 63 children signed an “agreement” never to let their rehabilitated kids back on the streets.

Officials at the center pick children on the streets, transport them to the centre where they receive emotional therapy, medical treatment and diagnosis then take them back to school.

The school curriculum is combined with integrity lessons.

The construction project was launched by State Minister in the Ministry of Local Government Dr. Alvera Mukabaramba.

By January next year, the Centre will be up and running, according to engineers at the site.

Speaking during the event Director General of National Rehabilitation Services (NRS) said that about 4000 former street kids have been re-united with their families.

“This number shows how the government is trying to care about our children. At the last graduation which was held in December last year, children were re-united with their parents, among those 58 are still staying in their homes while 8 returned to the street,” Bosenibamwe said.

“It is difficult to change the character of these children and shaping them in the most descent way as you see them,”Bosenibamwe added.

Speaking at the launch of expansion works, Minister Mukabaramba said that it is the duty of parents to give parental love to their children.

“To parents who are taking your children today, you should comply with the agreements you have just signed,” she said.

The Weekender: Wine Tasting Back to Kigali