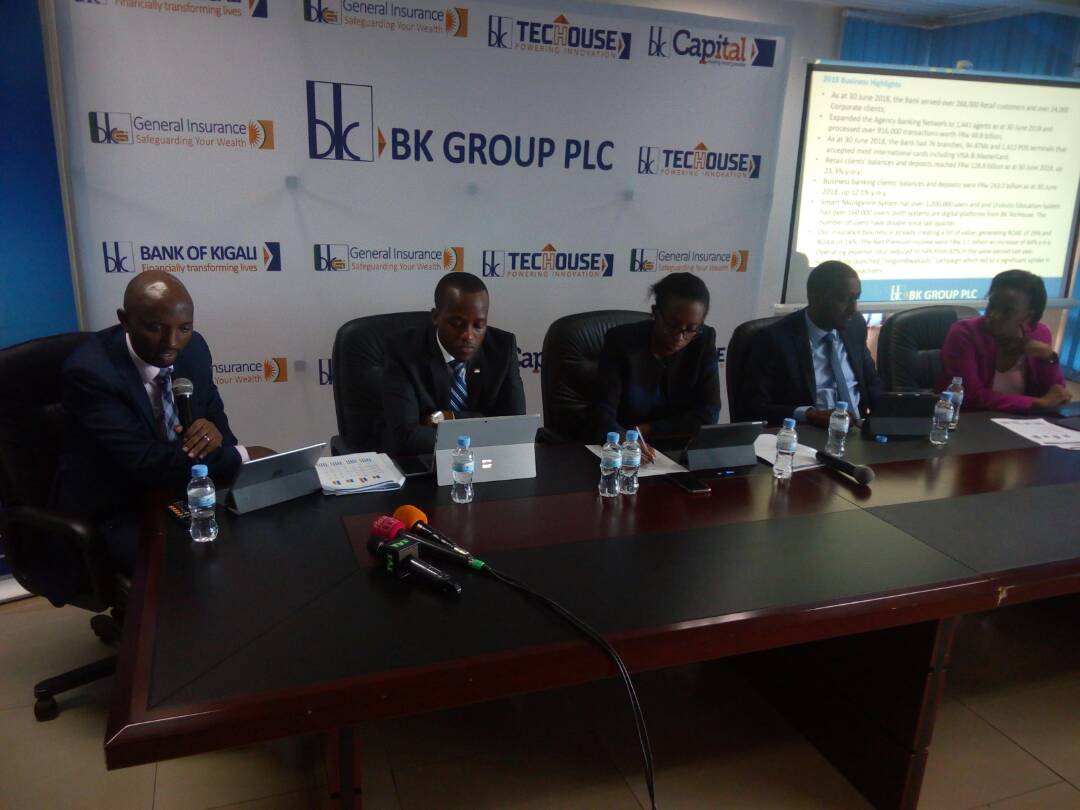 Bank of Kigali during presentation of the report

Top leadership of BK Group Plc says they are optimistic the lender will hit Rwf28Bn target following Rwf13.4Bn ($15.4million) profit after Tax in the first six months of the year.

The profit, according to the Bank’s Chief Finance Officer, Nathalie Mpaka, represents an increase of 17.8% year-on-year. 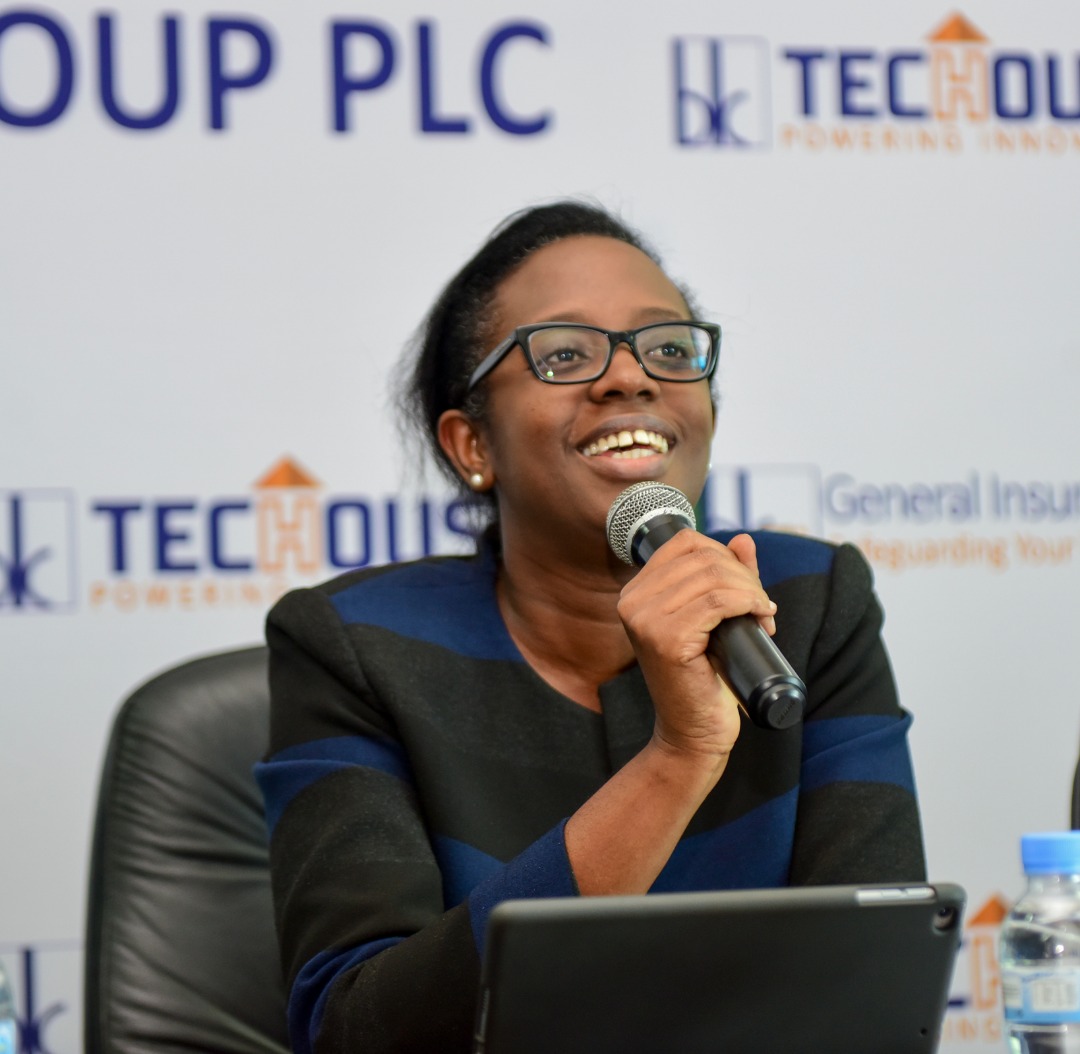 Dr. Diane Karusisi – the Bank’s Chief Executive Officer, highlighted during a press conference at the Bank’s Headquarters on Thursday, August 30, that some of the factors that contributed to the bank’s good performance this year was a shift in the customer loans which hit Rwf481 billion loans in the first 6 months.

Karusisi also revealed that the bank will cross-list on the Nairobi Stock Exchange before end of the year.