President Paul Kagame has expressed optimism that young Rwandan Basketball players can become giants of Africa, but only if they work hard.

The President was presiding over the inaugural 2018 Giants of Africa Camp in the capital Kigali on Monday.

“You just don’t become giants any how…you got to invest a lot of your time and energy and everything else. So this is a process now you are in and those who work hard and put a lot of hours into it and a lot of thinking into it and passion and you may end up being Giants as such high level talents in basketball or something else,” Kagame said.

The Giants of Africa Camp is organized by Masai Ujiri, President of Toronto Raptors – a Canadian professional basketball team.

This year’s camp will take place from August 6th to 8th at Amahoro Stadium in Remera, Gasabo district.

“There is a good name that people who are supporting this development process have coined; that is Giants of Africa. Are you ready to become giants?” Kagame challenged young basketball talents.

This year’s camp coincides with ‘The Giants of Africa’ 15th anniversary of its commitment to hosting basketball camps and community outreach initiatives in some African countries Rwanda included.

“We are grateful that you have spotted our country’s young talents and doing this good work with them and I hope they won’t disappoint,” Kagame thanked the organisers.

Kagame also told young basketball players that the good thing with the project is that it does not just end with being a player.

“The good thing with this development, it is not confined to just basketball. In addition you may benefit from the inputs of training you as basketball players but in the process you benefit many other things as competitors and leaders.” 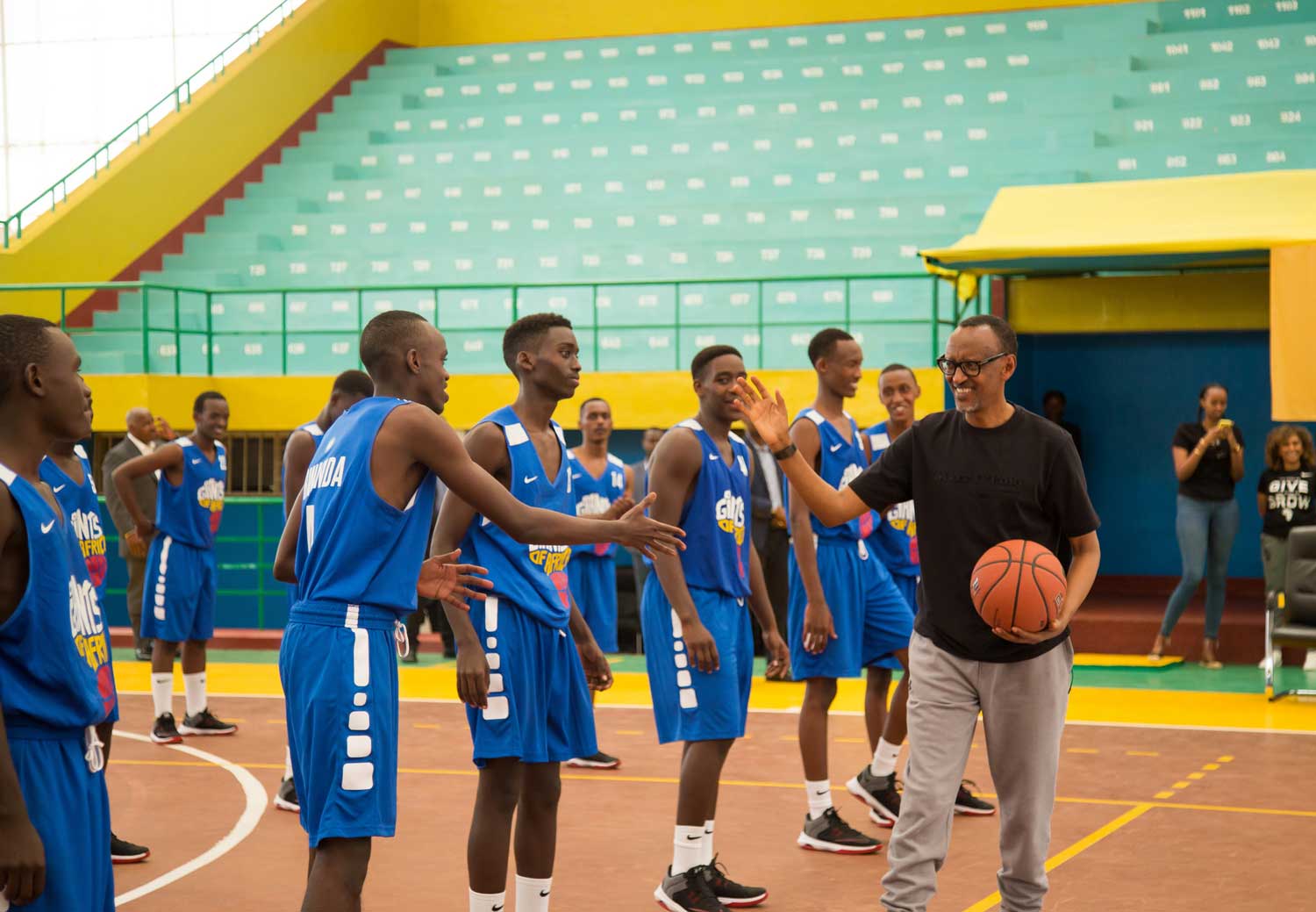 The Giants of Africa camp is organized in partnership with Rwanda Basket-Ball Federation and has been convened in Rwanda since 2016.

The camp targets 50 players and 5 local coaches that will be trained by NBA coaches. Ujiri launched Giants of Africa with aspirations to leverage basketball as a tool for youth to ‘Dream Big’ and maximize opportunities for their future in Africa.

Since its inception, the not-for-profit organization has expanded its footprint and programming across the continent and beyond the game prioritizing skills training and personal development encompassing basketball, health and wellness, leadership and social impact.

Giants of Africa also trains local coaches in each community to learn from international premier level coaches. Each year, local and international coaches unite to serve as role models for youth participants to teach, motivate and encourage them to continue working hard to achieve their goals.

This year, the Giants of Africa Youth Camp will be attended by Adam Silver, the Commissioner of the National Basketball Association (NBA) and Amadou Gallo Fall, Managing Director of NBA – Africa.