Rwanda Has Legitimate Reasons To Contribute To Peace – Gen. Nyamvumba 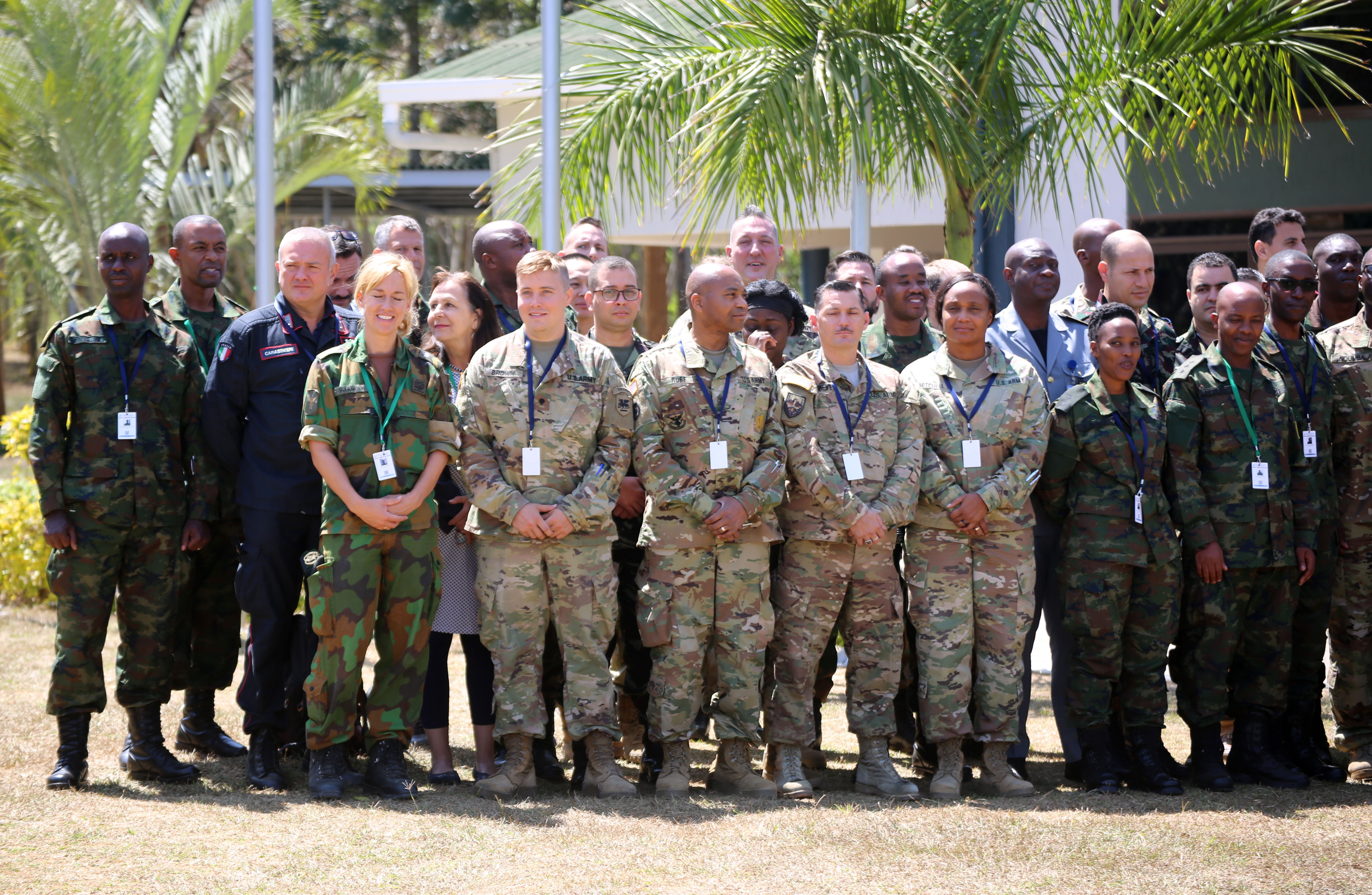 The participants of the 2-week SA2018 training in Gako, Bugesera district in Eastern Rwanda

Rwanda Chief of Defence Staff Gen Patrick Nyamvumba, has said that Rwanda has very legitimate reasons to provide a vital contribution to peace and stability whenever required.

He explained that in the wake of the 1994 Genocide against the Tutsi which gave a very strong lesson to humanity at large, Rwanda, developed a strong national belief which pushes it to contribute whenever called for.

Gen. Nyamvumba said this at the opening ceremony of Shared Accord 2018 (SA2018), a military peacekeeping exercise that brought together 200 peacekeepers military and international organizations from Africa, United States of America and Europe at Rwanda Military Academy-Gako from August 14th-29th, 2018.

Co-sponsored by Rwanda and the United States of America, the exercise will focus on African partner capability and interoperability in support of a United Nations/African Union Peace Keeping Operations (PKO).

“The planning, preparation and execution of such an exercise that brings together participants from across the world and other stakeholders is a pillar to achieving success in peacekeeping missions,” Gen Nyamvumba said.

“It will forge mutual understanding and enhance interoperability and cooperation among involved actors.”

He reiterated that though UN peacekeeping still faces many challenges and criticism, “It remains one of the effective tools available to the international community to respond to global peace and security threats.” 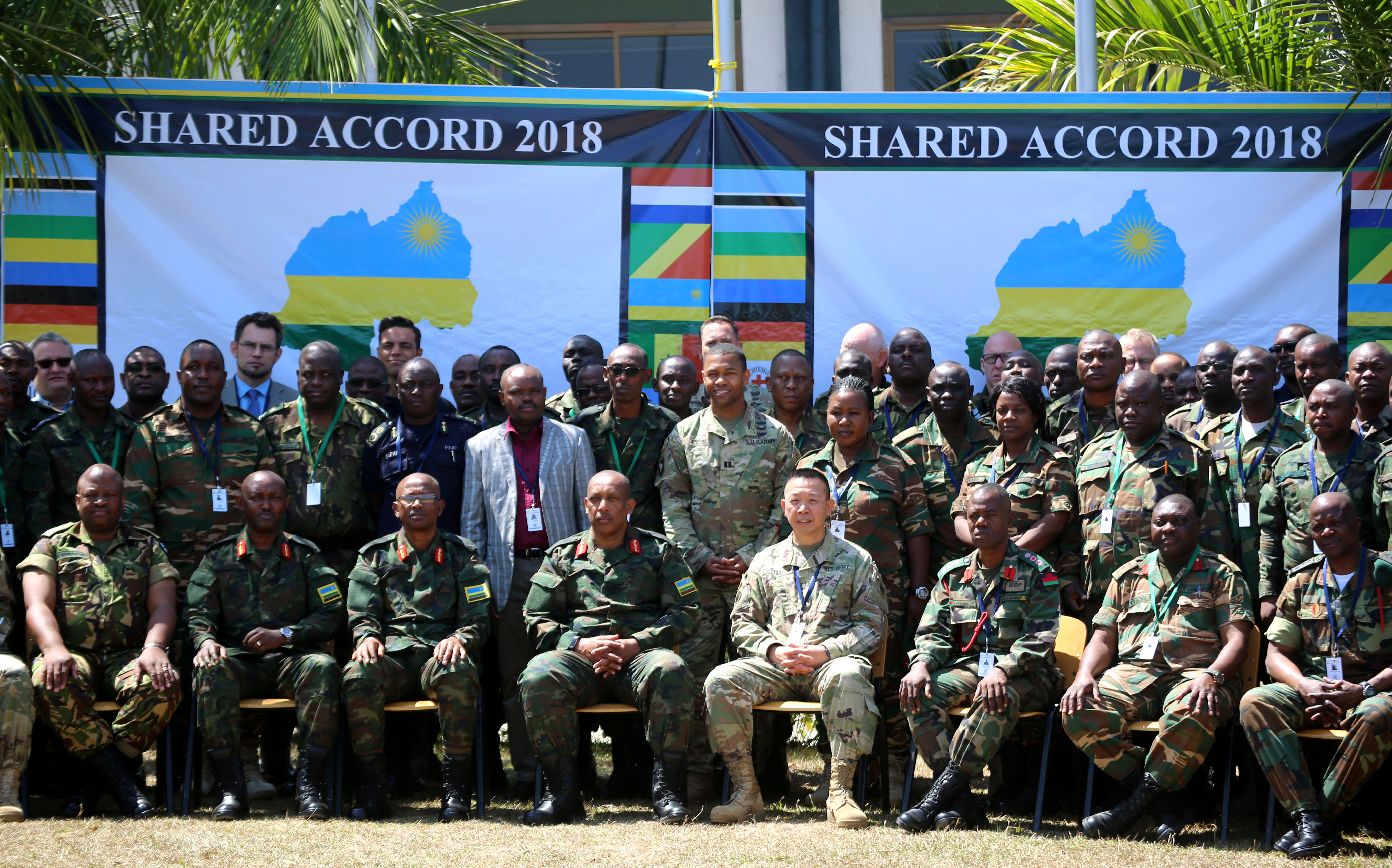 Brig Gen Lapthe C Flora, Deputy Command General for US Army Africa Command and The Exercise Shared Accord 2018 co-director, commended Rwanda for its resolve in contributing to peacekeeping.

“When peacekeepers were appointed to Central African Republic in 2014, they helped a lot. Today MUNISCA remains focused on its core peacekeeping task of protecting civilians as well as supporting the peace process,” he said.

Brig Gen. Flora said that for the next two weeks, participants will cover different areas including Command Post Exercise (CPX) and a Medical Readiness Exercise (MEDRETE).

“In all these missions, our troops have brought initiatives and not only contributing to physical security but also addressing pressing issues of human security as the bedrock of sustainable peace,” Gen. Nyamvumba said.

He said Rwanda peacekeepers introduced new initiatives such as firewood patrols, energy saving stoves, construction of schools and health centers to mention but a few.