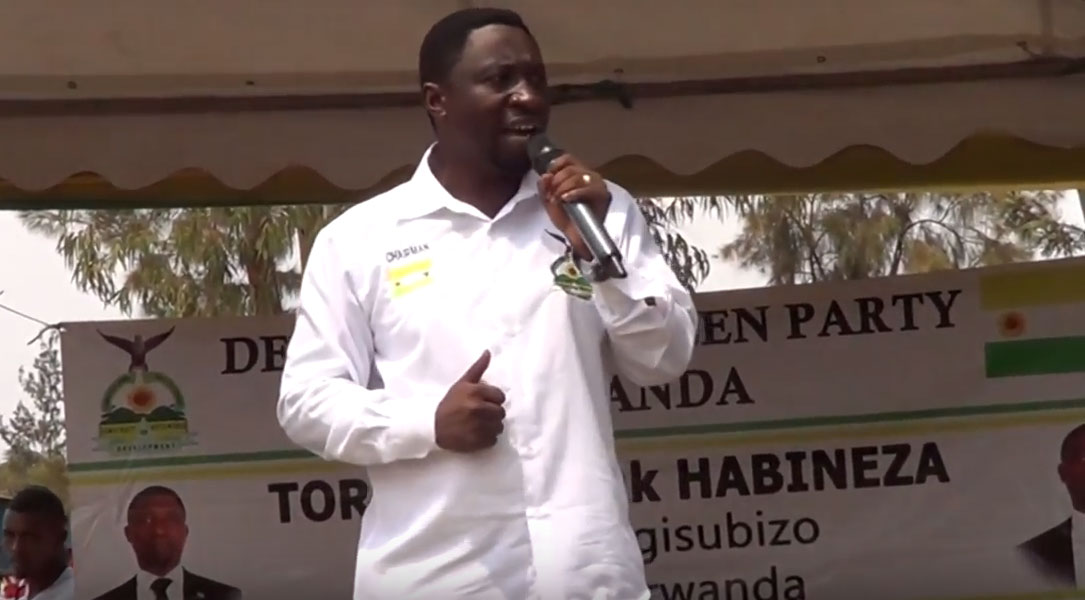 Frank Habineza, chairperson of the D Green Party of Rwanda

On Thursday, Frank Habineza, chairman of the Democratic Green Party of Rwanda (DGPR) woke up to find out that almost everything in his living room was stolen.

The politician on top of the list of party flag bearers in the September parliamentary elections said he was shocked by this incident which happens in a very crucial period in his own life and party.

“In the morning we found out that all the equipment in the living room including the TV screen, DVD reader and other items were missing,” Frank Habizeza told KT Press.

“I wonder why all this happens during the parliamentary elections campaign.”

He said the thieves jumped into the compound and broke the window.

The DGPR chairman and flag bearer of the party in the last presidential elections said that this theft has disrupted his campaign.

“I had to cancel media based campaigns,” he said on his way from an investigation interview by Rwanda National Police and Rwanda Investigation Bureau (RIB).

Habineza assures his party members that despite the incident, the campaign will go on as scheduled.

“This incident won’t discourage me,” he said.

On Friday, DGPR will rally voters from Nyabihu and Rubavu district of Western Province.

Visit the Traditional Herbal ‘Doctor’ At Own Risk