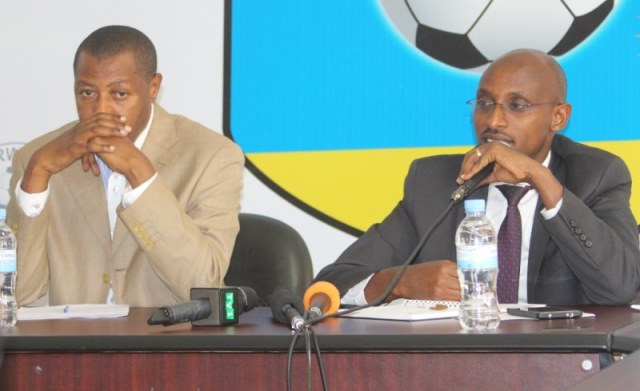 The 2018 edition of the Agaciro Cup Football Tournament is set to be staged this weekend at Stade Amahoro in Kigali City.

The tournament starts on Friday afternoon with two knock-out matches with APR Fc taking on Etincelles Fc at 15:30 before AS Kigali takes on defending champions Rayon Sports Fc at 18:00.

On Sunday, the winners will face-off in the final while the losers will battle for the third place play-off.

“This tournament will be held every year and our wish is to expand it across the region such that other teams from neighboring nations can be able to participate and support the fund,” added Mugabe.

Speaking on behalf of FERWAFA President Dr. Moussa Hakizimana said, “We do thank Agaciro Development Fund for this initiative of continued support towards the development of Rwandan football,”

“We have plans of expanding the tournament and probably effective from next year, we will be having many local teams taking in the tournament,” added Hakizimana.

The tournament which will be in its third year has generated Rwf.88 millions. In 2016, the tournament generated total revenue worth 16 million with FERWAFA family contributing a further Rwf.34 million. Last year, Rwf.38 million was collected from the tournament.

Prize money worth Rwf.3.5 million has been staked to be shared among the winning teams. The winner will pocket Rwf.1m, while the runner-ups will each pocket Rwf.1m, Rwf. 0.5m respectively.

Each team will receive Rwf. 2 millions to cover their expenses except for Etincelles Fc which will receive Rwf.3m due to the long distance involved while traveling to Kigali City to honour the tournament.

The Fund was set up to build up public savings to achieve self-reliance, maintain stability in times of shocks to the national economy and accelerate Rwanda’s socio-economic development goals. The Fund is unique as its capital comes from voluntary contributions by Rwandans at home and abroad as well as friends of Rwanda.

Good evening Charles, can you help rectify the fixtures to correspond as follows;

Sorry I made a mistake in the original text I sent.