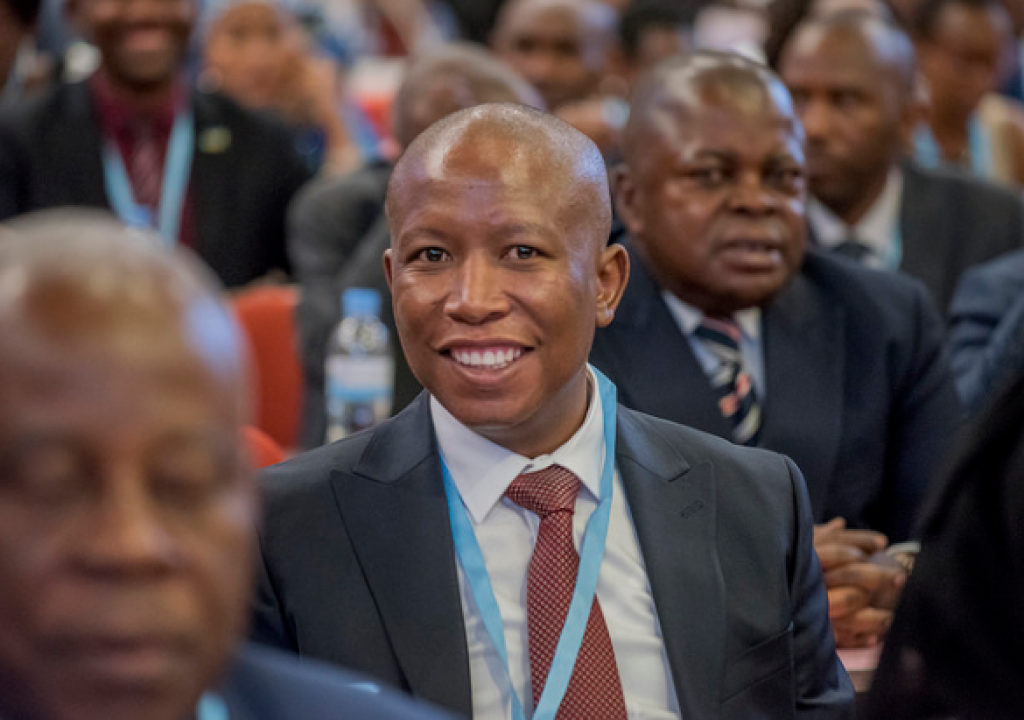 Julius Sello Malema – the leader of the Economic Freedom Fighters – a far-left South African political party says the ongoing reforms at the African Union  and the recently signed Continental Free Trade Area are a reflection that one day, “Africa will be one country speaking one language without borders.”

Malema is attending the 1st session of the 5th Pan African Parliament taking place in Rwanda’s capital Kigali. He wants the whole continent to speak Swahili – the language he says “was only created by us.”

On Wednesday, October 24, KT Press held a one-on-one interview with Julius Malema on several other issues.

KT Press: President Paul Kagame who is the current chairperson of the African Union was also tasked by fellow Heads of State and Government to lead the body’s reform process. Do you think these reforms will take Africa to another level?

KT Press: You have been in the news advocating for One Africa One Voice. How do you relate it to this 5th Pan-African Parliament’s session taking place here in Kigali?

This is a very important session and must be custodian of the resources of the African people. We need a body like this to start speaking strongly against corruption, and leaders must protect resources and those found misusing it must strongly be punished.

KT Press: In March this year, African Heads of State and Government signed historic Africa Continental Free Trade Area agreement which provides a single free market and free movement of people on the continent among other things. What do you think is the role of this Pan-African Parliament in pushing the implementation of this agreement?

JM: We support free trade in the continent and this body can actually do more by persuading their own countries to sign the free trade agreement and start practicing it including free movement of Africans on the continent.

We find it difficult to move across our continent because of all types of requirements. Africa should be one country. These borders you see in Africa were imposed on us during the scramble for Africa. When you have more emphatic borders, you are unwittingly supporting colonialism because these colonisers put the borders with an intention to divide us because they can thrive through the divisions of African people. So the unity of Africans is very important. It is important that we trade together, move together and speak one language.

I always say that there will not be any harm if we introduce Swahili as a common language in the continent. This is because Swahili is one of the highly spoken language in the continent and is a language created by us and a lot of dialects are found in that language and therefore all of us feel comfortable with it. We may not speak Swahili because of our age but let us introduce it in our curriculum in the same way our children are taught English and French and all types of colonial languages. Why don’t we ensure that all schools in Africa teach Swahili? With this, we can be half way to becoming one country…the unity of Africa.

KT Press: You have been a vocal activist of Pan-Africanism. What is your message to young Africans on how they should shape Africa in years to come?

JM: Young Africans must come out of fear and participate in politics. They must decide their own future, and not allow the older generation to decide the future on their behalf because the revolution is an activity of the youth and therefore in the absence of the youth, there won’t be change. The youth must take a centre stage in politics and in doing so, they will be retaining their rightful space in the politics of our continent. The youth must unite this continent and make it an equal partner in the geopolitics. They must ensure that Africa is not treated as a sub-continent or a dark continent. How can we be dark when we have shining stones like Diamond? We ought to demonstrate that we got natural mineral resources and we must use them to build our continent to be equal partner on the table of world politics.