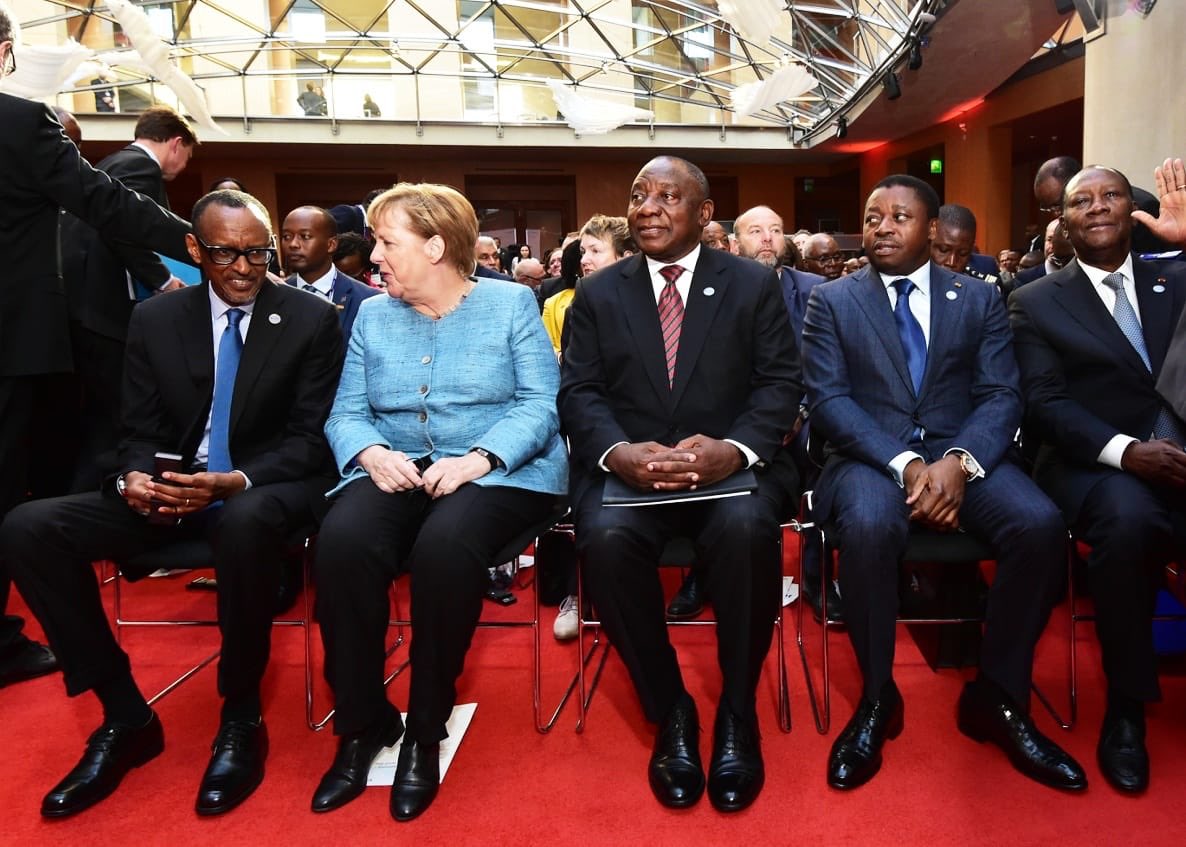 President Paul Kagame has told Germany investors at an ongoing G20 Africa Summit in Berlin that Rwanda and Africa at large are conducive for business than never before.

“The integration of our continent is growing deeper, and this is significant for business,” Kagame told the Summit which kicked off today, October 30.

Twelve heads of State from the African continent are attending the summit which was organized by Germany Chancellor Dr. Angella Markel.

The summit, which is attended among others, by leaders of the global private sector – seeks to draw Germany’s position in engaging in trade and investment with Africa.

Taking stock of the Germany Auto company Volkswagen that has penetrated Rwanda and regional market, Kagame, who is the current chairperson of the African Union, told the summit that it has been proved that Africa can be a global innovation laboratory.

“The Volkswagen “Moving Rwanda” venture, which Thomas Schaefer will present in the next session, is a good example of what is possible,” Kagame told the summit.

Part of the services the company will provide include mobility solutions.

At the summit, Kagame highlighted three broader relevance of the project.

First, he said, “the supply chain involves multiple countries in East and Southern Africa, in a “hub-and-spoke” system. A regional approach is key to achieving economies of scale in Africa. Continental integration is also making this an increasingly viable strategy,” he said.

On the second relevance, Kagame said, “Africa can be a global innovation laboratory. East Africa is a young market for new car sales. But we have a great need for mobility solutions, which raise the productivity of the wider regional economy.”

Volkswagen’s $20 million plant in Rwanda assembles VW Teramont, Passat and Polo models and the plant is expected to employ 1000 workers. 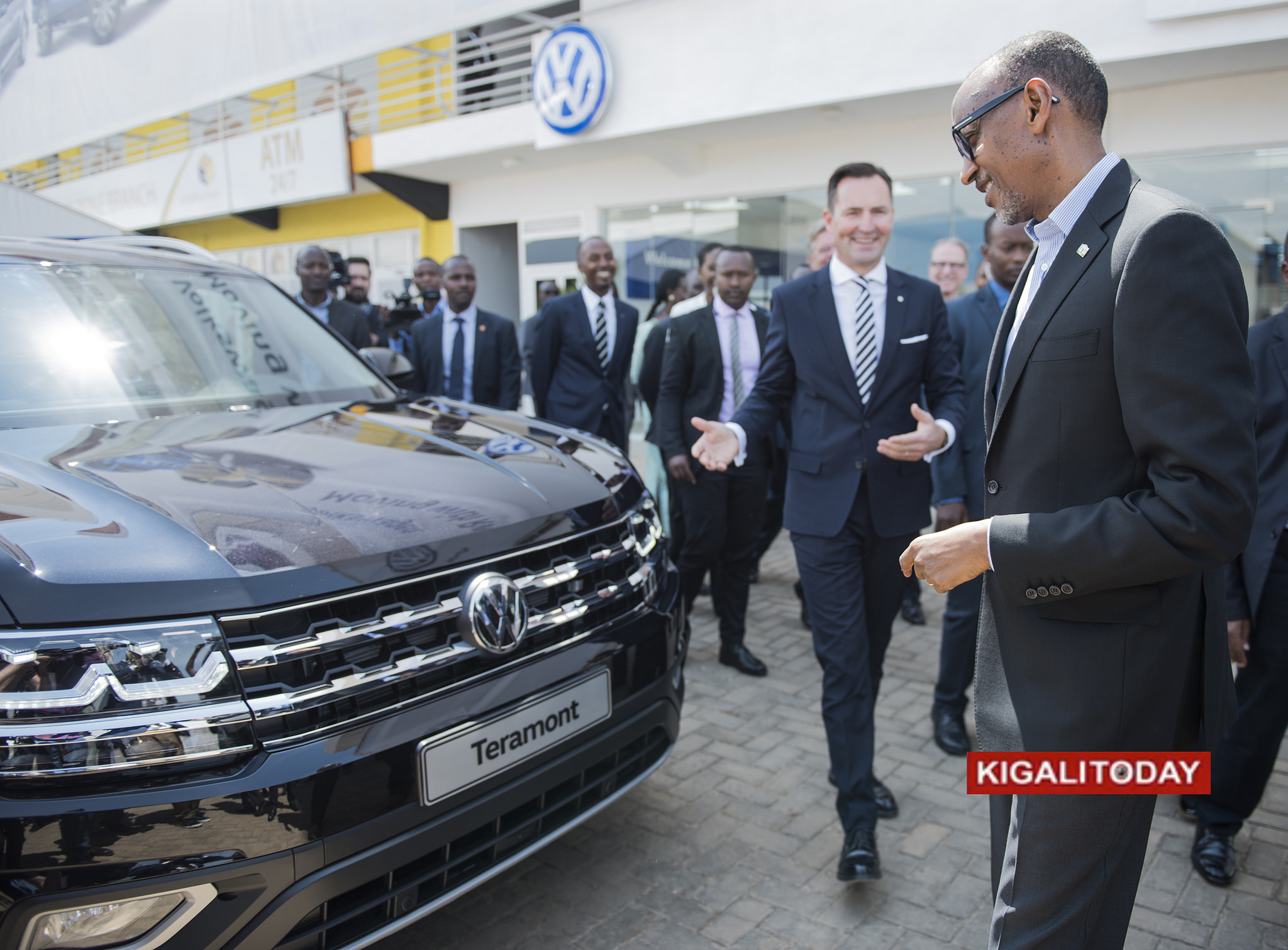 In some of its next-generation services the company is providing, Kagame said, “Volkswagen is not only assembling vehicles in Rwanda, it is pioneering next-generation business models for shared, environmentally-friendly transport.

“Volkswagen’s approach has attracted other major players that might not otherwise be in Rwanda, notably Siemens. But it would not work without local talent,” Kagame said.

“I should add that the German Development Agency [GIZ] continues to play an important supporting role.”

Kagame told the G20 Africa summit that the ongoing financial and institutional reforms have enabled the African Union to achieve savings of 12% of its next budget, and Member States are paying a greater share of the bill.

“We also signed agreements on the Free Movement of Persons, and the Continental Free Trade Area [CFTA], making Africa a single trading bloc. This marks a historic shift in how Africa does business with itself and the world,” Kagame said.

Seven African countries have already submitted or approved the ratification of the Continental Free Trade Area.

For President Kagame, “The G20 Compact with Africa therefore comes at the right time to reinforce Africa’s enterprise-based development consensus.”

“The initiative builds on the strong relationships we enjoy with Germany, the European Union, and other G20 partners, as well as similar programs with the World Bank Group and the African Development Bank,” Kagame added.

As such, Kagame said, the Compact with Africa has every ingredient for success, “But pouring new wine into old bottles is not a winning formula.”

Going forward, Kagame told the summit that for Africa to speed up its business climate reforms, attracting more global companies into the continent is the way to go.

“This produces a demonstration effect, which in turn generates even more productive investment. In other words, a virtuous cycle.”

“There is a tremendous amount that we can accomplish together if we focus on funding and de-risking creative investments led by the private sector, such as the ones we will learn about today,” Kagame added.