Home NewsNational What Is Outgoing Minister of Local Government Handing Over?
National

What Is Outgoing Minister of Local Government Handing Over? 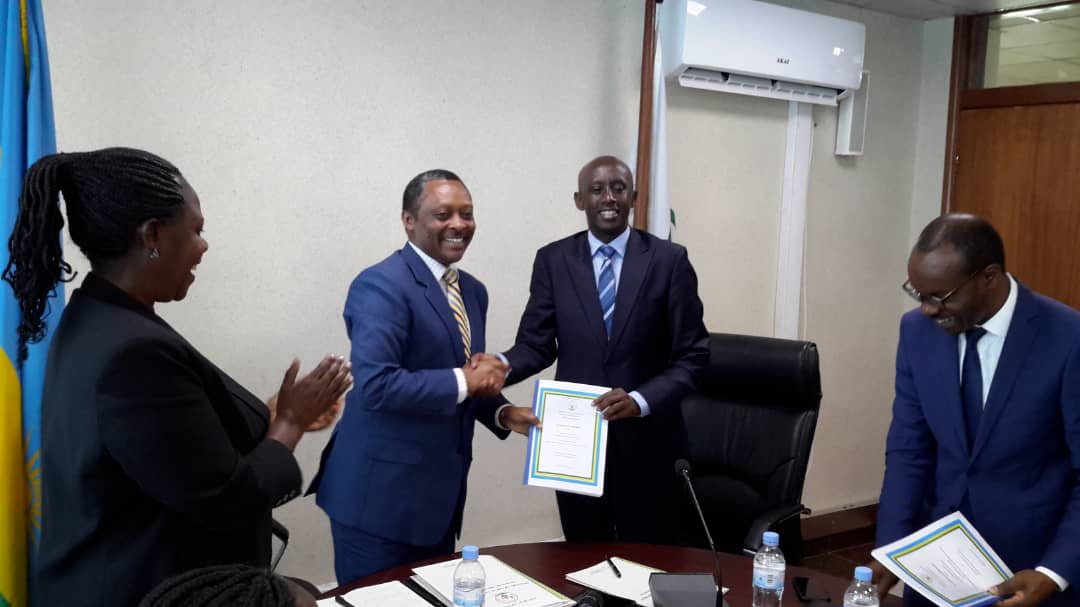 Francis Kaboneka, outgoing Minister of local government (Rights) hands over to hands over to Prof A. Shyaka as State Ministers Harerimana Cyriaque and Alivera Mulabaramba look on

Former Minister of Local Government (Minaloc), Francis Kaboneka, has today, October 22, handed over to the newly appointed Minister, Prof. Anastase Shyaka – leaving him with a big task of unfinished business.

On Thursday, October 18, president Paul Kagame shook his cabinet in a reshuffle that saw minister Kaboneka and other ministers dropped.

During Kaboneka’s tenure in office, Kagame kept raising mesmerizing issues including the egos of district leaders who spend much of their time on wrangles among themselves instead of focusing on public interests.

“I asked and learnt that the issue from those poorly performing districts is that they are always busy solving conflicts between one another, instead of solving issues among citizens,” President Kagame said while presiding over 2017-2018 district performance contracts commonly known as ‘Imihigo’ in August this year.

“When you go to the field, you only go in the proximity of urban centers. The Minister of local government last time went to the field to only hear that it was the first time for them to see a leader. How can that be possible,” he also said reiterating that local leaders are falling short in citizens’ outreach.

Fighting stunting and the issue of bureaucracy among local leaders may be amongst the most challenging tasks for the new Minaloc Minister Shyaka.

During his citizen outreach tours last year, Kagame expressed his disappointment towards leaders failing to deliver according to citizens’ expectations to the extent he told citizens to hold leaders accountable as part of community responsibility and rights. 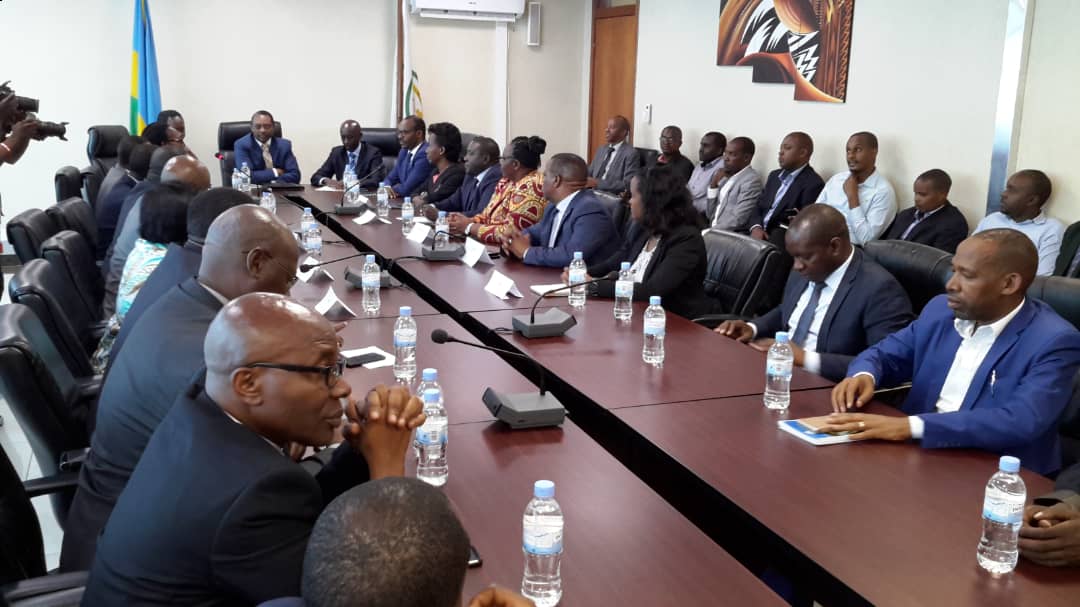 “Citizens have a right and responsibility to know what leaders have not delivered as promised or supposed to do. Do this and if you fail, find a way of forwarding these issues to top government officials so that it never happens again,” Kagame said addressing citizens in Nyagatare District in February 2017.

While in Nyaruguru District, Kagame also tapped on the issue of leaders who fabricate facts to report to their supervisors pretending to be on field in the community while they are not.

“If you don’t meet the citizens, what else do you do? Those are citizens where we come from. They are our citizens,” he said noting that the poor performance of districts is reflected in the citizens.

“You find stunted children…and in most cases, you find that the stunted child only lacks someone to feed them otherwise food is all around,” he said.

According to the Integrated Household Living Conditions Survey (EICV4-2015), 38% of Rwandan children under age of five have poor feeding and face stunting while 9% are underweight throughout the country.

In May 2016, through Gikuriro – a government project and its partners set aside a five year $19million plan to reduce malnutrition in eight most vulnerable districts across the country, but Kagame said that despite the institution in charge was busy dealing with recruitment, logistics of staff and all administrative requirements; comforts and allowances, forget the citizens and warned “I will hold them accountable too”.

Gikuriro aimed at improved feeding, hygiene and community capacity building and is meant to benefit 57.000 households, but still last year, during the annual leaders’ retreat, Kagame was unhappy that citizens still suffer jiggers.

“No leader will go to heaven while citizens have jiggers,” Kagame cautioned leaders enchanting themselves when some of the citizens are still suffering from jiggers and poverty.

Malnutrition among children, poor sanitation, citizens sharing rooms with livestock, school drop-out and beggars on streets are some of the challenges Kagame assigned local leaders including mayors to end but the issue is still unsolved.

Meanwhile, during Kaboneka’s period in office, several citizens, particularly university students and needy people never ceased to claim for having been misplaced in Ubudehe social categories; claiming  it affected them in different services including the community health insurance “Mutuelle de Santé” and students’ scholarship loans.

“I was put in the second category of Ubudehe while I don’t have any property…not even a piece of farm for livestock,” Peter Ndahimana from Rugarika Sector in Kamonyi District, told Kigali Today last year, complaining he could not afford paying Mutuelle de Santé contribution.

The local government Minister Shyaka will also have to explain and convince the citizens on the reasons behind constant resignations over “personnel reasons.”

However, President Kagame made it clear that a number of mayors resign over failure to deliver to the expectations.

For example, just two years into their five-year term, approximately a third of the mayors have resigned and nearly all of them cited “personal reasons”.

However, Minister Shyaka will also have to oversee and continue on his predecessor’s achievements, including capacity building in local government entities at sector and cell level; increasing staff at sector level, providing laptops and smart phones to cell executive secretaries, improving Mutuelle de Santé which was last year digitized.

At the handover, Kaboneka told his successor, to respect the citizens he is coming to serve.  He took that opportunity to take him through unfinished business.

“I had amongst priorities taking back all street children to their families and to ensure that children are registered at birth from the hospital,” Kaboneka said.

“The most important of all is to give citizen respect and to follow up the performance contract exercises so as to bring about change among the community.”

Kaboneka drew a particular attention to 154 families still under the poverty line who need to be supported to leave the red line.

To achieve to the expectations, Professor Shyaka requested his team to “work diligently, avoid abusing each others and avoid dodging work.”

Shyaka said he is all for performance.