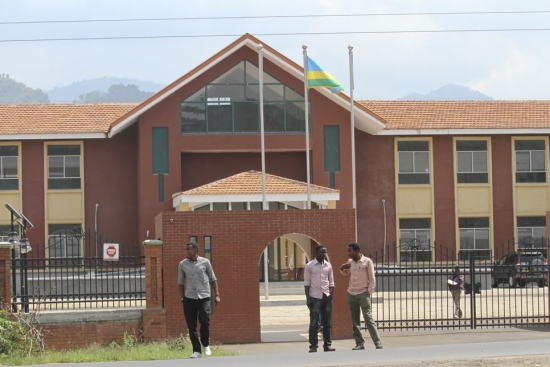 IPRC Musanze where the 4IR started from

Rwanda Standards Board (RSB) has kicked-off a one week awareness campaign on gradual transition from electricity and information technology to high-end technologies and use of Robotics in people’s daily lives.

It will run from November 14, 2018 through November 20, 2018 which corresponds to the World Industrial Day.

On the first day, the campaign that was co-organized by Rwanda Standard Board (RSB) and NIRDA, Ministry of Trade and Industry and Rwanda Utilities Regulatory Authority (RURA) was directed to Integrated Polytechnics Regional Centers (IPRCs).

A team from the organizing institutions went to IPRC Huye, Musanze and Tumba.

“Students will come out of institutions with various skills but they should know that Rwanda is shifting technologically with use of high end technologies (automation),” RSB public relation officer James Nshimye told KT Press.

According to Innocent Muhizi, the CEO of Rwanda Information Society Authority (RISA), the 4IR aims at evolving technical standards based on the consensus of different parties that include firms, users, interest groups, standards organizations, among others.

“We raise awareness of the academia about the 4IR and their contribution in supporting domestic industries to embrace the 4th industrial revolution technologies,” Nshimye told KT Press.

Organizers of this campaign want institutions to emulate some examples that are introducing 4th industrial revolution to Rwanda.

Those includes use of drones in agriculture, case of soil mapping and in health, case of medical delivery.

4IR is high end technologies and trends which includes; Internet of things (IoT), robotics, virtual reality (VR) and artificial intelligence (AI) which are changing the way we live and work.

The 4IR, is growing out of 3rd revolution but is considered to be a continuation of explosiveness of its development and the unique technologies.

Giving an example, Nshimye  Nshimye said that Bralirwa, Rwanda’s first brewery company uses some of the 3rd revolution technologies of automatic machines in production but in other countries robots and high end-technologies do the work effectively.

Change of industrial revolution can be differentiated by the speed of technological breakthroughs, the extensiveness of scope and the tremendous impact of new systems, according to Muhizi.

Jean Bosco Shema an employee from Inyange factories suggests: “Private sector, the regulator and the government should make sure that Rwanda doesn’t stay behind as far as embracing industrial revolution is concerned.”