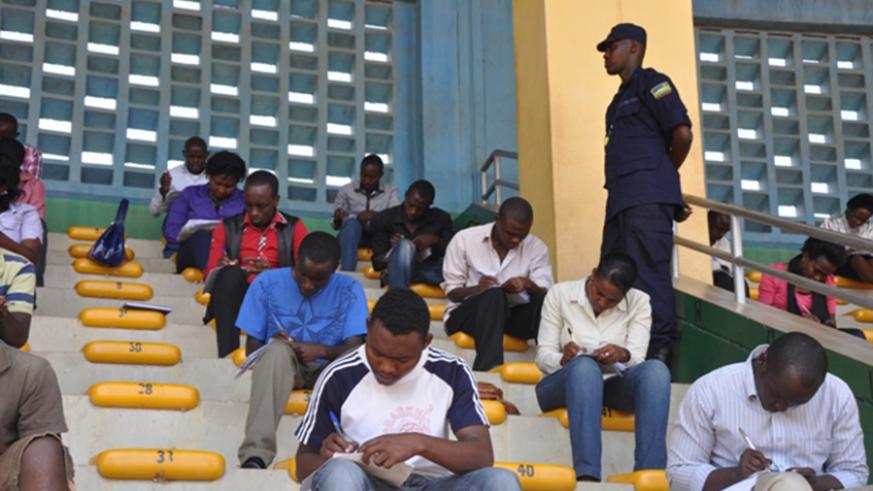 That police officer who scares you or asks you for a bribe during provisional and mostly, definitive driving tests will soon be no more.

The system, not only intends to reduce or completely remove the influence of police officers and chances of bribe, but also to deliver quick services to the growing number of applicants.

Senior Superintendent of Police Jean Marie Vianney Ndushabandi, the spokesperson of Traffic Police says that a computer room at the traffic Police headquarters – Muhima is being set up, while police officers are doing the test of the program.

“They sit several tests themselves to see how the system is interactive,” he said.

At the start, applicants from Kigali city who are conversant with computer use, will convene at traffic police room, and get a code that gives access to a computer. Each code will correspond to a test, meaning that every candidate will sit a test which is different from their neighbour’s.

Ndushabandi said that to deter exam malpractices, the  test will be given a limited time such that the candidate may not get an opportunity search for an answer.

The maiden examination centre will be located at Muhima traffic police headquartes, but Ndushabandi said, with time more centres will start across the country.

Given the computer literacy that is not universal in Rwanda, the system will work alongside the traditional way of conducting provisional driving tests.

In the traditional way, thousands of candidates convene in a stadium every three months or so, to sit the provisional driving tests.

The hassle a candidate experiences from application to securing the provisional driving test is a story for another day.

A centre for definitive driving tests

Also coming soon is a centre designated for definitive driving tests to be constructed in Masaka sector, Kicukiro district in Kigali city.

“Tendering process for construction of the centre is under way,” said SSP Ndushabandi who refused to speculate about dates when commencement of construction activities could be.

The centre, he said, will include all requirements for driving tests including infrastructure to test the aptitude in road usage, commonly known as circulation, testing the capacity to use side mirrors, parking and others.

“Some tests may require the presence of a police officer and others, just a computerized monitoring system that would do the job,” Ndushabandi said.

According to this official, the country is heading to a situation where “someone comes prepared, sits driving test-whether definitive or provisional without necessarily waiting for a scheduled examination period.”

“My take is that police is leading the way to fighting corruption,” said Francois Benda, a citizen from Kinyinya sector, Gasabo district.