The Biting Congestion in Rwanda’s Classrooms 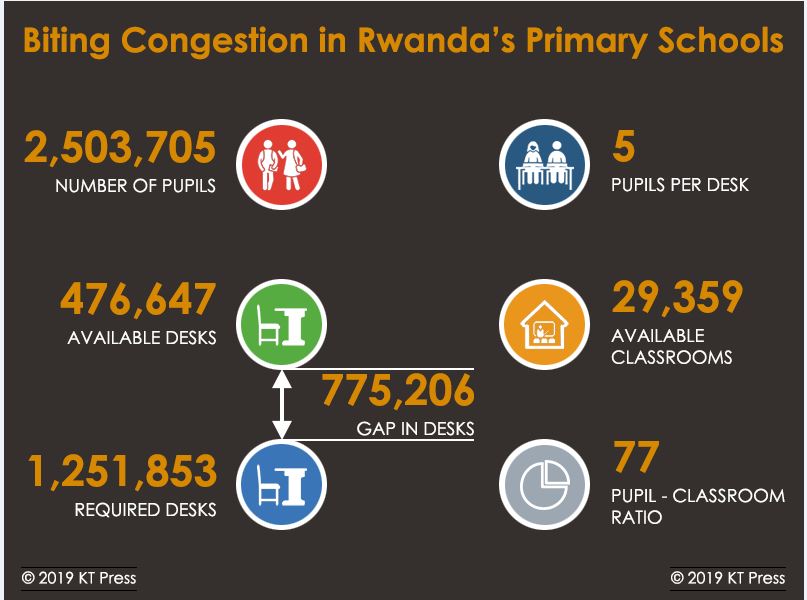 On a tour aimed at inspecting education standards in the district, the Prime Minister and his entourage were struck by an alarming experience of pupils squeezed in one classroom at one of the primary schools in the area.

Watching with his own eyes, the Prime Minister could not believe how pupils were seated on compacted desks facing each other as they struggled to follow lessons.

At Kibuye primary and secondary school, there is an average of 5 pupils per one desk, the Prime Minister heard.

“We are too much squeezed on a desk,” one said. “Our classroom is congested that sometimes we almost suffocate because ventilation is not enough,” the primary 5 student added.

In Karongi alone, the district needs an estimated 50,000 desks and 2400 classrooms to meet the current demand.

“In some classrooms, we have 125 pupils. It is very challenging,” said Francois Ndayisaba, Karongi district mayor.

There is a 5:1 ratio in public schools – against the required standards of the United Nations for Education, Science and Culture Organization (UNESCO) of 2:1 (pupils per desk ratio).

In a similar case, GS Kinyinya in Gasabo District in the capital Kigali exhibits squeezed students in class. When KT Press visited the school on Tuesday morning, journalists were pushed back by administrators as they attempted to capture the situation at the school.

On a normal school day, pupils in Primary 3 study mathematics in seemingly three combined classes, yet it is just one class.

According to pupils who spoke to KT Press, you need to be an early bird to secure a seat, whatever small it is. 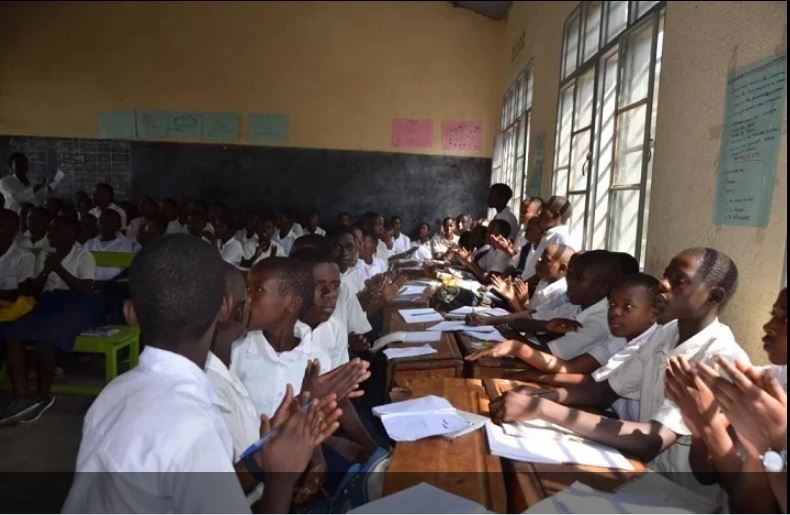 The issue needs serious attention in a country where enrollment rate is nearly 100%. In primary school, it stands at 98.3% as of 2018.

According to 2018 Educational Year Book, there are 2,503,705 pupils in public and government aided primary schools sharing 476,647 desks.

With 29,359 classrooms, an average of 77 pupils are forced to squeeze in one class against 35 pupils per class as per UNESCO standards.

However, the needed desks would not fit in the available classrooms. The country needs an extra 42,176 classrooms for the public and government aided schools to be catered for.

A drop in the ocean

Against this background, officials in the ministry of education say that they cannot sit back. 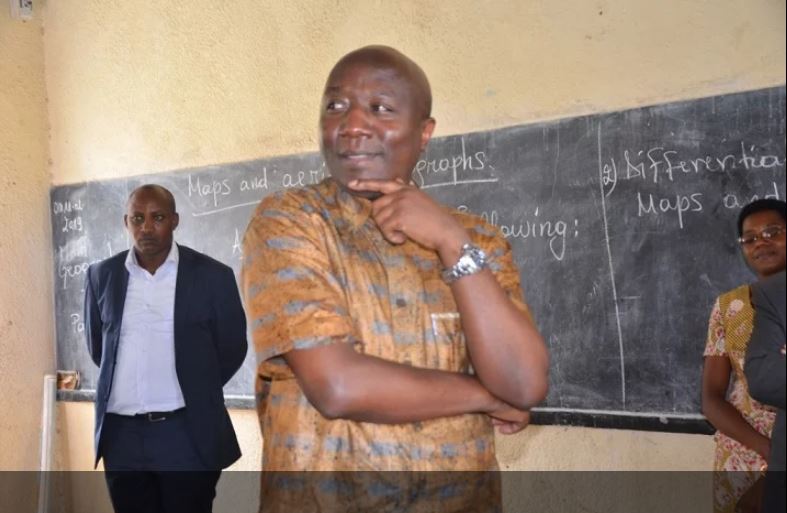 “We have a project to make 34,000 desks this year which we think will alleviate the problem,” said Benjamin Kageruka in charge of quality of education at the Ministry of education.

“We provide logistics in accordance to available means. For us, having three pupils per desk would already be a milestone but, we cannot do beyond our budget,” Isaac Munyakazi, State Minister in charge of Primary and Secondary education told KT Press.

The World Bank is one of the sponsors in this project to reduce school congestion.

On May 4 this year, the bank pledged to support the drive with $ 200 million. The World Bank Project will be executed in August 2019.