Home NewsInternational The 6,000km Journey Back to their Roots, Sleeping under African Skies
International

The 6,000km Journey Back to their Roots, Sleeping under African Skies 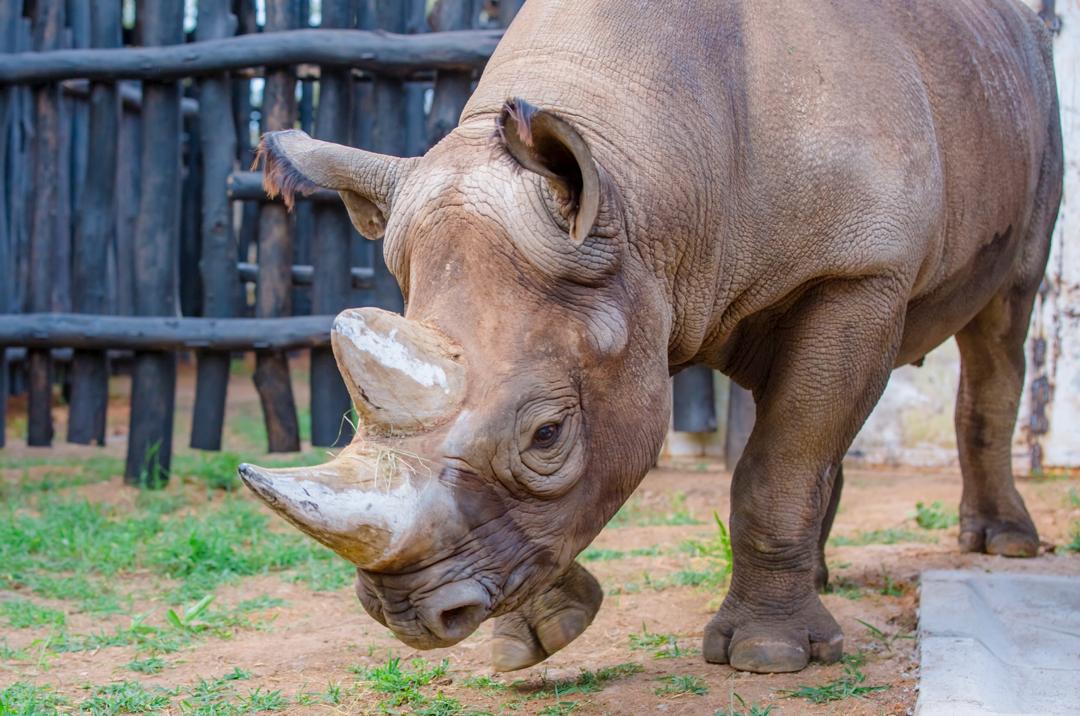 It was a long journey. Six thousand miles – to be precise. Like many Africans before them, Jasiri, Jasmina, Manny; Olomoti, and Mandela, were born and bred in Europe, their forebears having fled there for their lives.

And like many Africans now, they are returned to Rwanda, and will be sleeping under African skies, secure in the knowledge that thanks to the governance of the country since the 1994 genocide against the Tutsi was halted, they and their children will prosper in the new Rwanda.

The three females, and two males, will make their home in the Akagera National Park, and will, in their own special way, work with the government of Rwanda to help restore the ecosystem there, back to what nature intended. And theirs is an extraordinarily onerous responsibility.

On their broad shoulders rests the survival of their species. The group flew in to Kanombe International airport from Dvur Kralove in the Czech Republic on Sunday, and accompanied by a police escort, they were driven to their new home in Akagera, where they were welcomed by the world’s media on Monday afternoon, June 24.

“I am happy with how they look”, says Dr. Pete Morkel. “They are still a bit sedated, but, that is fine, it needs to wear off slowly,” he adds.

There was the odd hiccup on the drive to Akagera National Park, when one of the vehicles carrying them needed repairs. Fortunately, it broke down near a local garage, the problem was soon fixed, and Rhinos, munching on their bundles of hay, were soon on their way.

Theirs is hailed as the largest translocation of Rhinos from Europe to Africa. Yes, Jasiri and her companions are Rhinos, black Rhinos to be exact, which, like all Rhinos, are critically endangered.

Their arrival in Rwanda is a unique collaboration between the Government of Rwanda, the European Association of Zoos and Aquaria (EAZA), and conservation NGO African Parks. It is a journey that begun many years ago, when, with great foresight, EAZA conceived of a way that might ensure the survival of a species that remains on the endangered list. 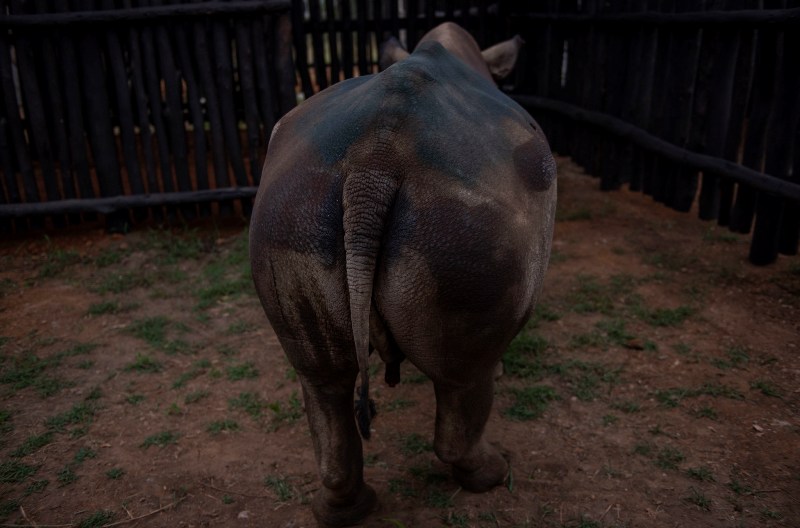 Genetically strong Rhinos were selected to be bred in Zoos, EAZA’s ex situ programme (EEP), later to be released in the wild, to help a population that was being poached to extinction. Rwanda’s new arrivals are part of this programme.

There are five species of Rhinos, with two of these, the black Rhino, and white Rhino found in Africa. All five species are critically endangered. By 1993, fewer than 2,300 black Rhinos were left, from a population of over 65,000 in 1970s. Conservation efforts have increased this number to around 5,000.

“Large scale cooperation between EAZA zoos has resulted in a healthy, sustainable population of Eastern Black Rhino. This means we can now take a major step in towards protecting the future of the species in the wild”, said Mark Pilgrim, Programme Coordinator for black Rhino at the EAZA and CEO of Chester Zoo in the UK, one of the zoos involved in the EEP.

The Rhinos are being donated to the Rwanda Development Board (RDB), the government agency whose many responsibilities include managing the Akagera national park, in partnership with African Parks. It is a sign of confidence in Rwanda as a leader in conservation on the African continent. 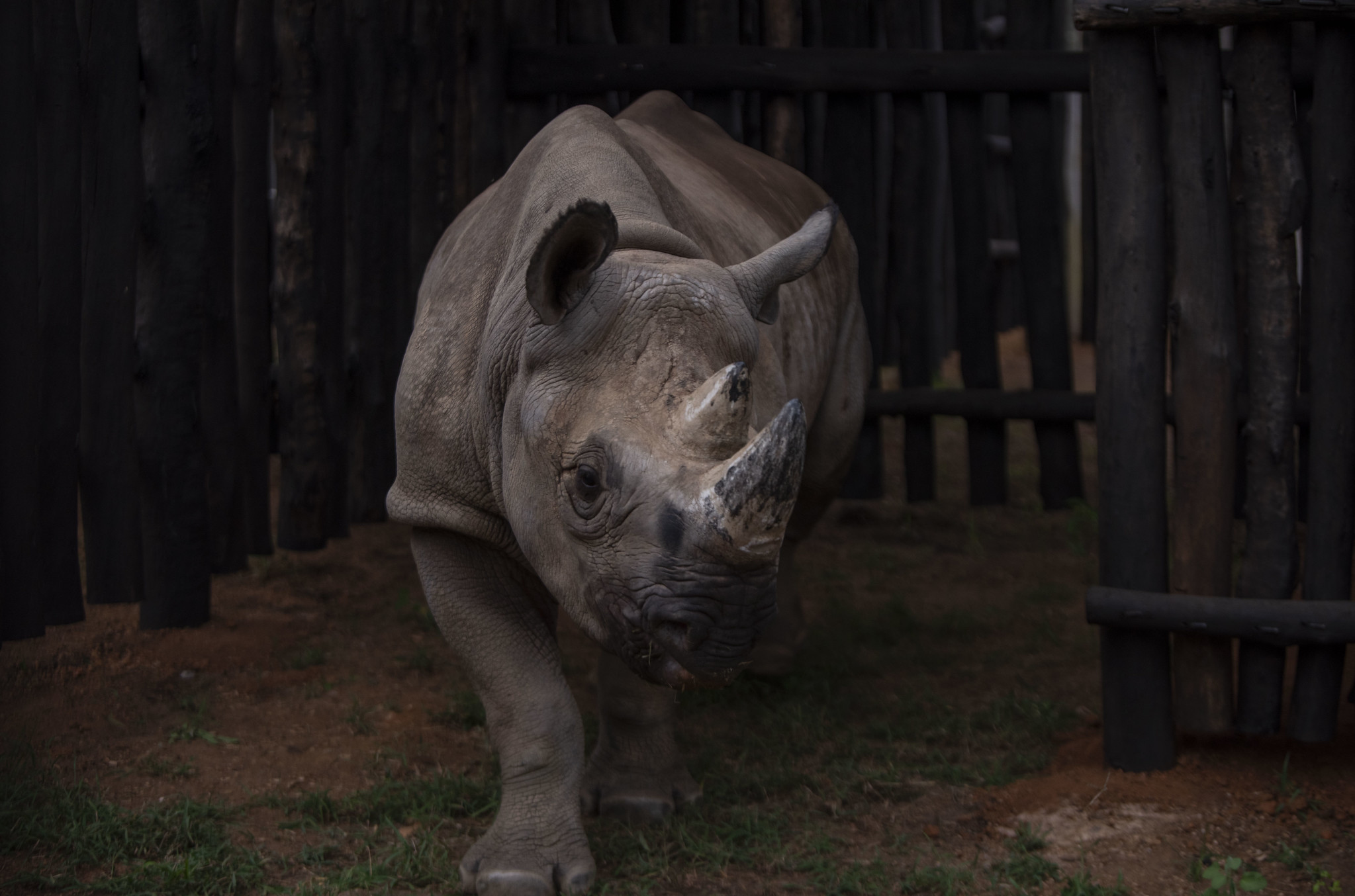 Speaking a few steps from the still lightly sedated Rhinos, Eugene Mutangana from the RDB said, “thank you to EAZA, for this magnificent donation, and for trusting Rwanda as a place where these wonderful animals will be safe.”

In many ways, the restoration of Akagera to its former natural glory is reflective of Rwanda’s transformation as a leader in many other areas, including for instance, as one of the few African countries that are likely to meet the Sustained Development Goals.

Akagera was historically home to a diversity of large African mammals, including the so called “big five”, Lions, Leopards, Elephants, Rhinos, and the African Buffalo. Most were poached and hunted, until they were locally extinct. Today, Akagera is once again, home to not only the Big Five, but, many other diverse wild life that were historically endemic to the area. 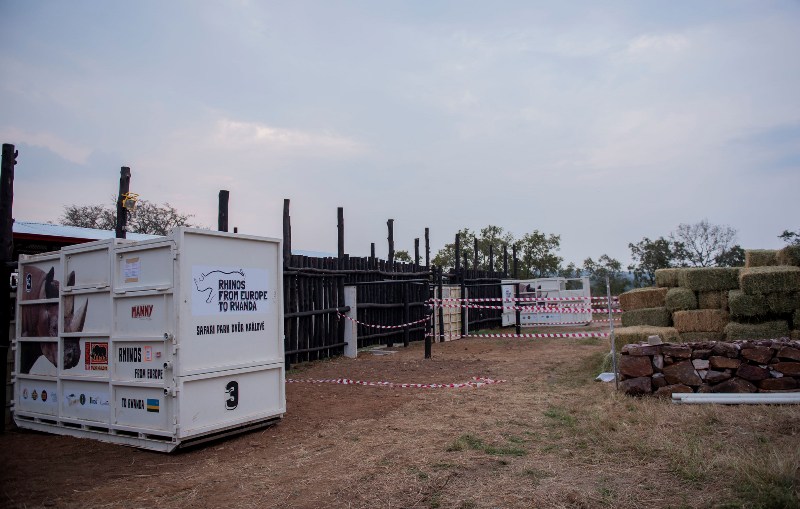 The Rhinos will be released in stages as they climatise to their new home in the wild. When they are eventually left to roam the national park as they will, they will be joining eighteen of their kith and kin, introduced into the park two years ago, supported by the Howard G. Buffett Foundation, and bid to go forth and multiply.

Poaching in the Akagera has been brought to a virtually zero. The park is flourishing once again, and all its creatures great and small are thriving.

“We have been preparing for this moment for years and we are excited to build on our efforts to revitilise the park with the RDB and the successful introduction of the first round of Rhinos in 2017” said Jes Gruner, Park Manager, Akagera National Park.

“This transport of five Rhinos from Europe is historic and symbolic, and shows what is possible when dedicated partners collaborate to help protect and restore a truly endangered species” he added.

If the programme succeeds as expected, Rwanda will be home to the most diverse, genetically robust Rhino population in the region.

The Dilemma of a Healthy But Disorganized Rwanda Private Sector