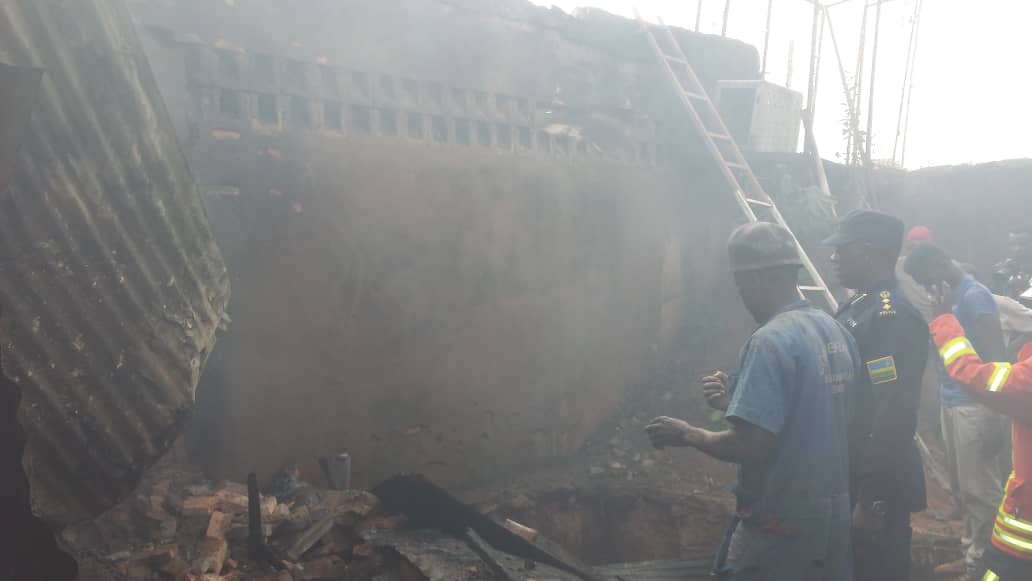 The affected part of the industry largely includes raw materials used in manufacturing plastic products that are later supplied in capital Kigali and the whole country. 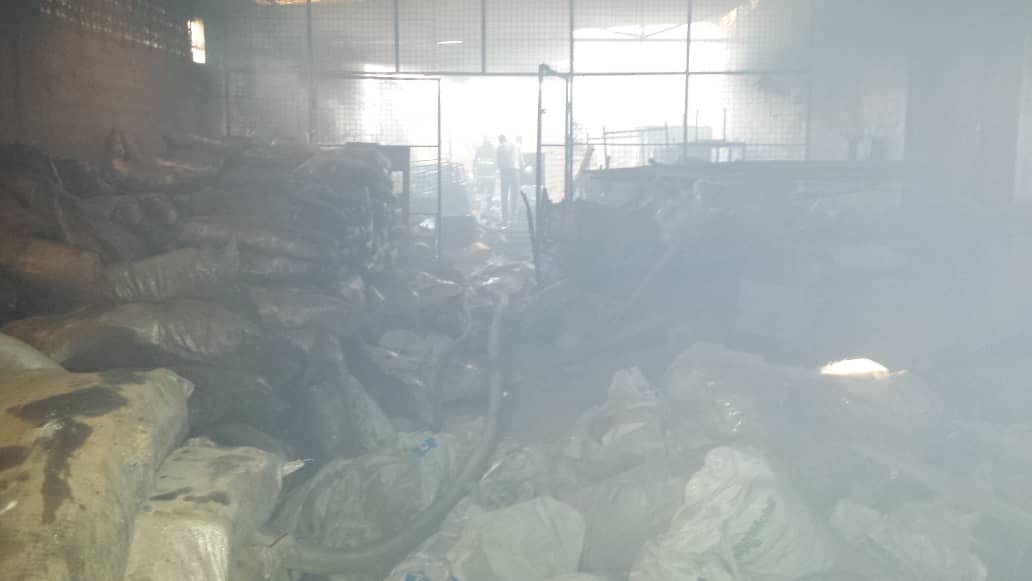 The fire started at around 3:00pm from the compound and later extended inside the premises before being contained by Police Fire Brigade.

Eye witnesses told KT Press that they don’t know yet the source of this incident, but, some of them stated that the blaze broke out due to some of the industry employees who illegally cook their food in the factory compound who forgot to put off fire after cooking. 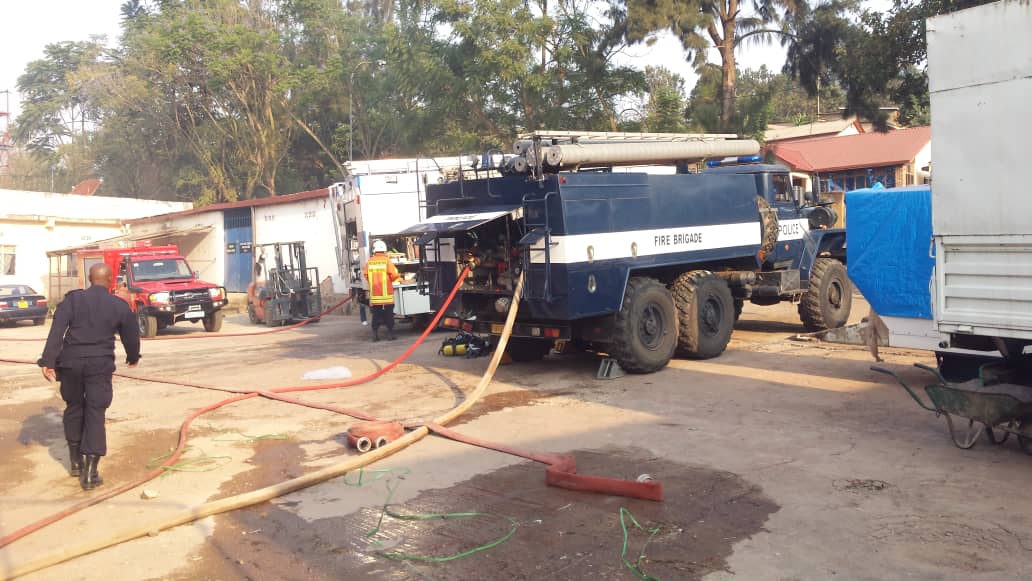 No injuries have been reported in the incident, but raw materials in the stores perished massively.

Currently, the demolished properties haven’t been converted to monetary terms.

Only known as Meenal, the owner of Rwacom industry said that, “I have not yet known the cause of fire in my industry, but I am also told that it was due to some employees who were cooking near the premises.” 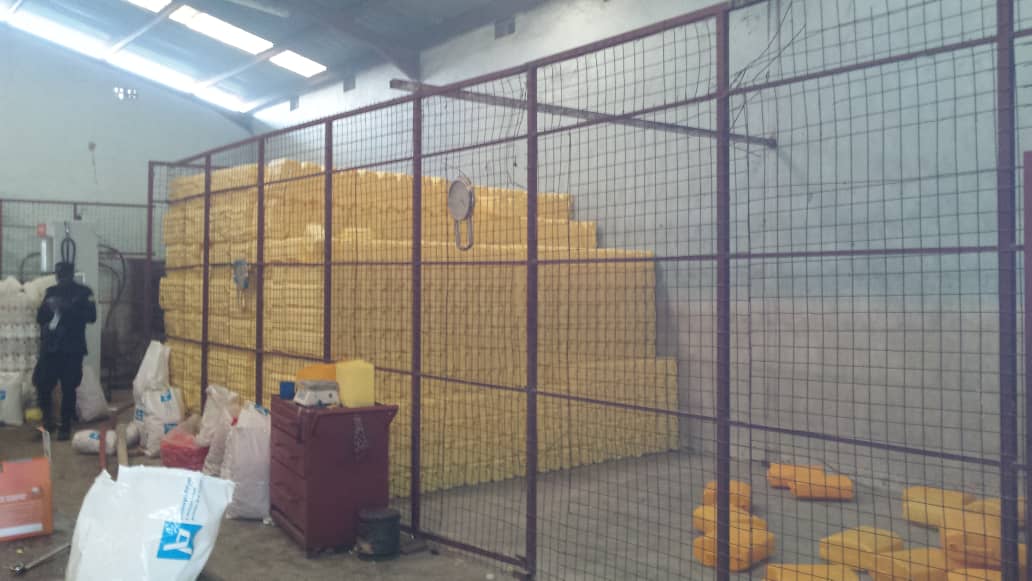 Rwacom fire incident comes a month after hundreds of traders in Kigali city reported a loss of Rwf 3.8 billion to fire in a period of two months only.