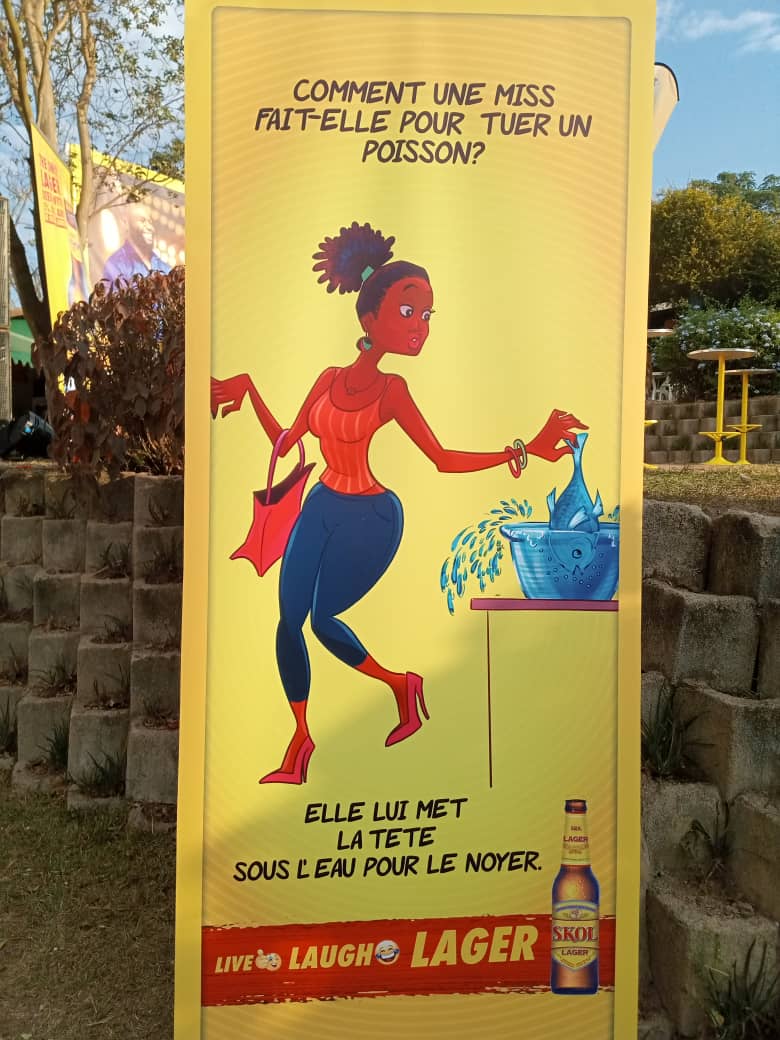 Local brewer Skol Brewery Ltd has issued a more detailed public apology over offensive jokes that were printed on the new look Skol Lager bottle but says it will not cancel the “Live Laugh Lager Campaign” that came under fire last week.

Women right’s activists however say the apology is insufficient.

The brewer said in a statement that following some feedback from the public on the campaign and after consultations between SKOL Managing Director Ivan Wulffaert and the Minister of Gender and Family Promotion Amb. Soline Nyirahabimana, they realised that the jokes were indeed found offensive.

“We at SKOL Brewery realize that some of the jokes have been interpreted as offensive and demeaning women.  SKOL Brewery Ltd. would like to make a public apology for any offense that may have been caused,” the brewer said, adding that it champions gender equality.

“This is reflected in our intentional drive to hire and promote female talent in Rwanda resulting in a balanced senior management team with the majority of 57% being women,”

“In addition, Unibra, our Parent Company, has a chairwoman for the group. SBL is committed to keep mainstreaming gender equality within the organization and at the workplace,” Skol said. 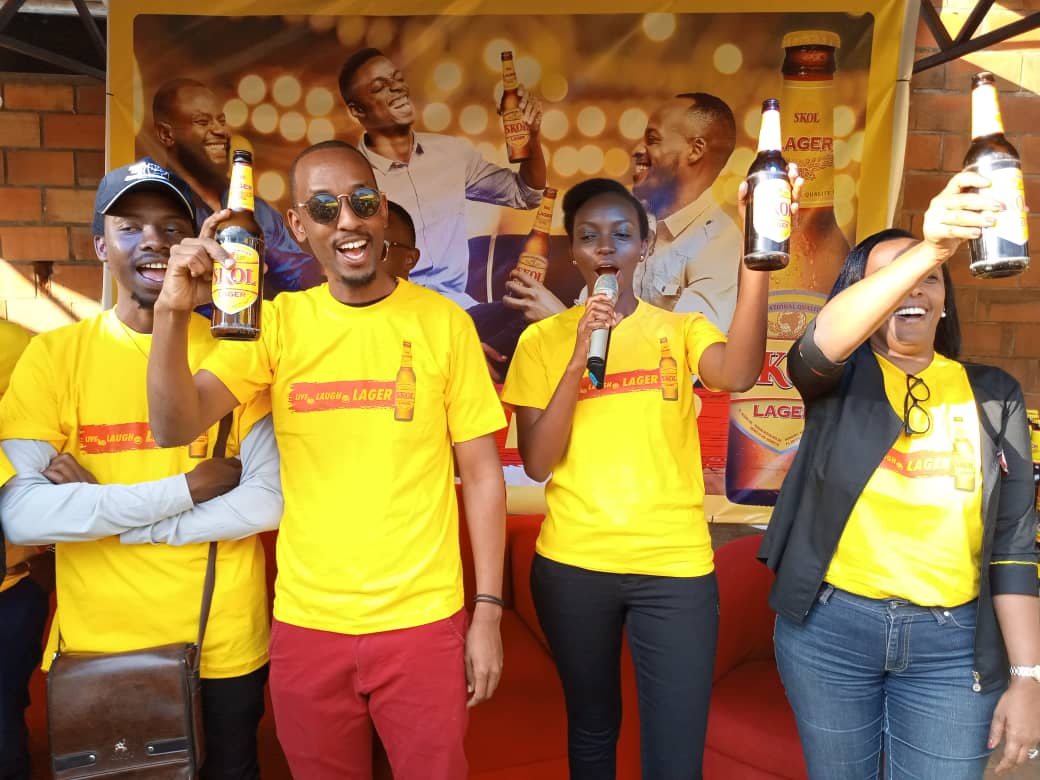 The brewer also said that it will not cancel the production of jokes on bottles as it had said in its first apology after the backlash, but it will instead scrutinize the jokes before printing them on the bottles.

Through the “Live Laugh Lager”, Skol, in partnership with local comedy outfit Comedy Knights seeks to ask people to share jokes and the best printed on bottles.

“Within the campaign we will be asking Rwandans to share their best jokes with us which we will share with the community once vetted with an even higher level of scrutiny,”

“All materials will be screened before release to ensure it represents the values we stand for. Jokes on pack should reflect the easy going nature of the brand, and, hopefully bring a smile to people’s faces with respect for everyone,” the brewer said.

The campaign started off on the wrong foot with gender quality and women right’s activists accusing the brewer of demeaning women through the jokes.  One of the jokes that were deemed tasteless and sexist portrayed women as materialists who can consume a billionaire back to being a millionaire.

Minister Nyirahabimana and the Chief Gender Monitor at the Gender Monitoring Office (GMO) Rose Rwabuhihi were among those who called out Skol over the jokes saying that such jokes and language were not acceptable.

Some of the activists who led the campaign to call out Skol over the jokes say though the public apology is welcome, the language used by Skol seems to shy away from the brewer acknowledging its mistake and instead putting it to interpretation. 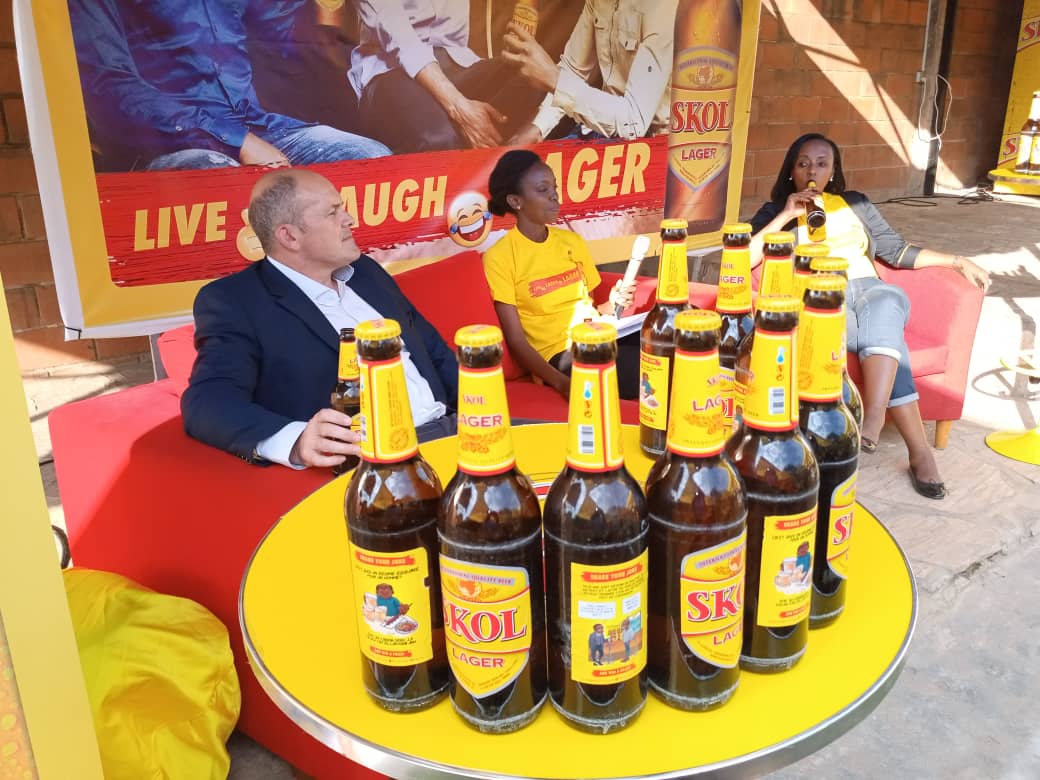 Sylvie Nsanga, a women right’s advocate and feminist described the Skol statement as a ‘non-apology’ for now acknowledging the mistake.

“There are two big issues with this non-apology, ‘… have been interpreted as offensive and demeaning’ ‘… apology for any offense that may have been caused’, why not just say ‘the jokes were demeaning and we apologize that they were ever published on our beer bottles. We will do better’?” Nsanga wondered.

Adolphe Banza, the artiste who drew the cartoons which accompanied the jokes also apologized, saying that next time he will be more careful.

Chantal Umuhoza, another activist and feminist says the apology is lacking and not addressing the problem.

“This statement doesn’t acknowledge  and apologize to their sexist marketing compaign and doesn’t even make a commitment to ensure it doesn’t happen again,”
“Having 57% of women in senior management doesn’t mean anything. Having gender equality in their policies should have ensured they didn’t do this in first place. The fact that they launched a marketing campaign with sexist messages shows they  still have a lot to learn,” she said.
Contact the Author:
@kagire