If on this day, 12th of September, a stranger apparently in the grip of euphoric joy, wishes you a Happy New Year, play along. He or she has neither completely lost track of time, nor have they taken leave of their senses. They will be Ethiopians.

Today is Ethiopian New Year, or Enkutatash. Uniquely, Ethiopia counts its dates on the basis of the Julian Calendar, unlike the rest of the World’s adherence to the Gregorian Calendar.

The family centred celebrations start on New Year’s Eve, and go on for about a week across Ethiopia. Households light a “Chibo” or torch, from which they light bon fires, around which people sing and dance.

On the morning of New Year’s day, young women, and girls get into new clothes, always, “Habesha Kemis” (traditional cotton dress) bought especially for the occasion, and after church services, go around their neighbourhoods, singing New Year songs, offering bouquets of flowers to friends, neighbours and even strangers they come across. The boys make paintings, which they give to family and friends. The songs, paintings and flowers are acknowledged with the offer of difo dabo, a special bread, or increasingly, with money.

Ethiopians point to several reasons why September is a natural point for the beginning of year. The month marks the end of the thunderous, wet, inclement weather of the rainy season. Normal, everyday activities that may have been curtailed by the torrential rains resume. New plants, especially the Adey Abeba, the golden yellow flower, that is the harbinger of the New Year, and which the young women present to anyone in their vicinity, come into bloom, lasting from September to November.

And it seems even the heavens lend their support to the idea of September as the beginning of the year. Once every September, day light and night time hours happen to be exactly equal. The sun and the moon on which time is measured, each have twelve hours before setting. According to the bible, it’s Ethiopian interpretation anyway, the creation of heaven and earth was in September.

Then, there is the Queen of Sheba, around whom so much of Ethiopian culture and history seem to revolve. Legend has it that it was in September 3,000 years ago, that she returned from her famed visit to King Solomon in Jerusalem. A sensible decision, avoiding the heavy rains, which would have threatened to muddy the Royal progress. On her return to Ethiopia, her court welcomed her with “Enku”, or jewels, hence, “Enkutatash”.

As well as remembering the glories of the past, a quite different, but, equally momentous event will be marked this year. It is coming to a year since Prime Minister Abiy Ahmed begun his whirlwind series of reforms, that one or another are not only transforming the Ethiopian political landscape, but, with the ending of conflict with neighbouring Eritrea, are offering new possibilities for the region.

Not everyone is welcoming the very reforms for which the country, and indeed the world was clamouring. Ethnic tensions continue to bedevil the country, and perhaps predictably, vested interests threatened by the new dispensation still continue to try to derail Abiy Ahmed’s reforms. 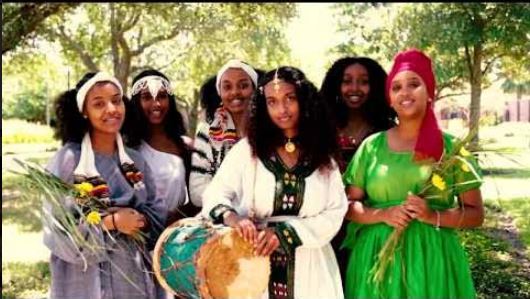 The energetic Ahmed continues to push ahead, and will no doubt want the New Year renewed hope. A sentiment echoed by Ethiopia’s representative to Rwanda.

“The Embassay of the Federal Republic of Ethiopia” read a statement, “wishes all Ethiopians in Kigali and beyond the New Year to be a year of joy, peace and prosperity. It also wishes to all countries accredited to the Republic of Rwanda, a year of enhanced cooperation and mutual understanding”.

But, perhaps the most eye catching possibility for any adult who may feel that they did not make the most of their youth first time round, is the fact that it is now 2012 in Ethiopia. You can have your time all over again.