The donation was handed over this October 25, 2019 by Azam Bakhresa Rwanda officials to the AGF team led by Jack Kayonga, the fund’s CEO.

Kayonga said that Azam Bakhresa has been one of the consistent foreign investors contributing to the fund which now has collected Rwf50billion and has now reached Rwf195billion in assets from investing in 28 companies, buying bonds and lending. 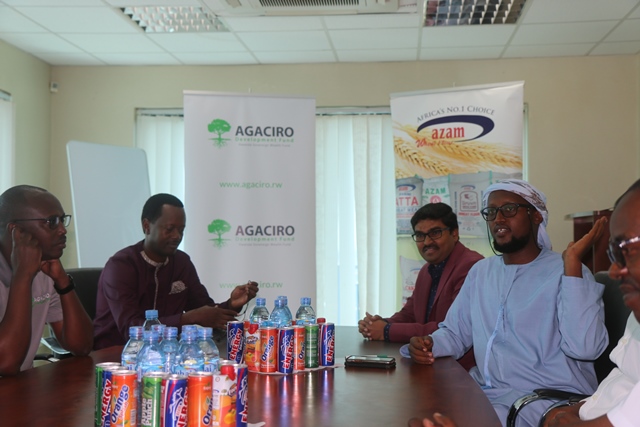 Azam Bakhresa entered the Rwandan market in 2011 becoming the first foreign company to settle in the Special economic zone (SEZ) which was then under establishment in Bumbogo sector.

Azam officials say that since their entry in Rwanda they managed to break even in 2013, and this paved way for supporting the county’s development.

“Since then we started getting involved in supporting the community and we have maintained at least more Rwf20m per year,” said Verraju Vanapalli, the chief finance officer, Azam Bakhresa Rwanda

Though it faced some difficulties with establishing its grain business, the company now boasts of making profits and increasing its grain production capacity from 200 to 500 tonnes.

“This has been as a result of increase in local demand for our products, and our presence in Rwanda completes the Azam image,” said Faradjallah Ndagano, the Operations Manager, Azam TV- a Bakhresa Rwanda product. 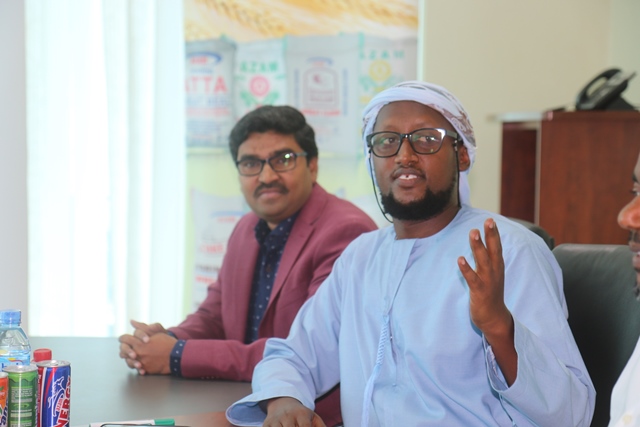 Ndagano said that besides making profits, Azam as a brand will continue supporting Rwandans as long as the needs arise.

Since 2014 Azam has contributed an estimate Rwf  110 million, with the biggest chunk going into AGDF. Others were dedicated to a range of corporate social responsibility components including One cow per family, supporting disaster victims and building schools.

Yesterday, Azam Bakhresa Rwanda handed over a Rwf5 cheque to the ministry of agriculture to be used in donating cows to vulnerable citizens. 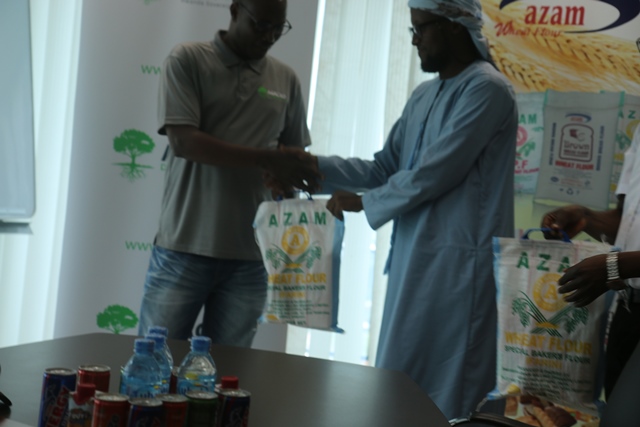