Dr Iyamuremye was elected by 25 Senators. He challenged Hon. Zephyrin KALIMBA who got one vote. 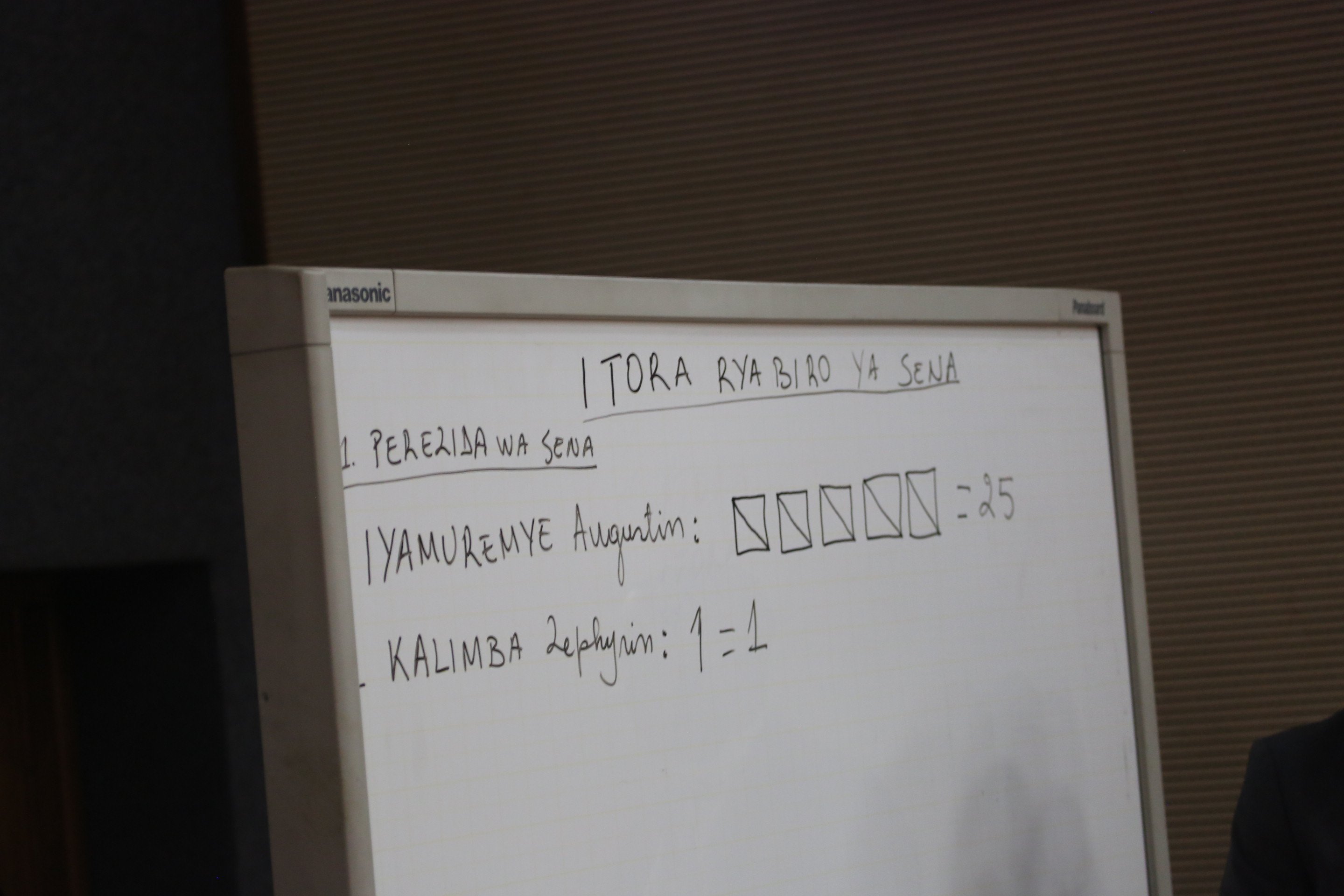 Dr Iyamuremye was elected during the swearing-in ceremony of the new Senators who joined the country’s third Parliament. The ceremony was presided over by President Paul Kagame at the Parliamentary building in Kimihurura.

A trained veterinary doctor, Iyamuremye, 74, is a vastly experienced senior The Social Democratic Party (PSD) politician. His political career spans over three decades. He served under previous regimes, including as prefet (equivalent of governor) of then Gitarama prefecture, Head of Intelligence, among other key roles. During the post-1994 period, he served as in different Cabinet portfolios, including Agriculture, Information, and Foreign Affairs. He also served as a senator, presidential advisor, among other roles.

On commencement of each parliamentary term of office, the first sitting of each Chamber is devoted to the election of the Bureau composed of the Speaker and Deputy Speakers of the Chamber of Deputies and the President and Vice Presidents of the Senate. This sitting is convened and presided over by the President of the Republic within a period of fifteen (15) days after the announcement of the election results.

Prior to her appointment as Senator, Nyirasafari also served as Minister of Gender and Family Promotion for the Government of Rwanda since October 4th, 2016.

She served as a Member of Parliament Chamber of Deputies Standing Committee on Political and Gender Affairs since October 06th, 2013. She also held the positions of the Permanent Secretary in the Ministry of Justice from January 2007 to May 2011, the National Prosecutor from 2004 to 2007 and the Chief Prosecutor in former Gitarama Province from February 2001 to July 2004. From 1999 to 2001, Mrs Nyirasafari Espérance worked with the Civil Society in the field of women and children’s rights in Haguruka Association.

Dr Alvera Mukabaramba – the former presidential candidate (2003/2010), was elected the Senate Vice President in charge of Administration and Finance. She returns to the Senate for the second time.

Mukabaramba is a Paediatrician who graduated at the First Pavlov State Medical University – Russia. Dr Mukabaramba who is the President of the Party of Progress and Concord (PPC), was the Minister of State for Social Affairs in the Ministry of Local Government.

In his acceptance and first speech as the Senate President, Dr Augustin Iyamuremye thanked President Kagame for having trusted him to return to the Senate. He also thanked the Senators who endorsed him for the Senatorial Presidency, promising them unmatched efforts to work and deliver to the expectations.