Home Voices How Messrs. Trump and Johnson are Demystifying the West
Voices

How Messrs. Trump and Johnson are Demystifying the West 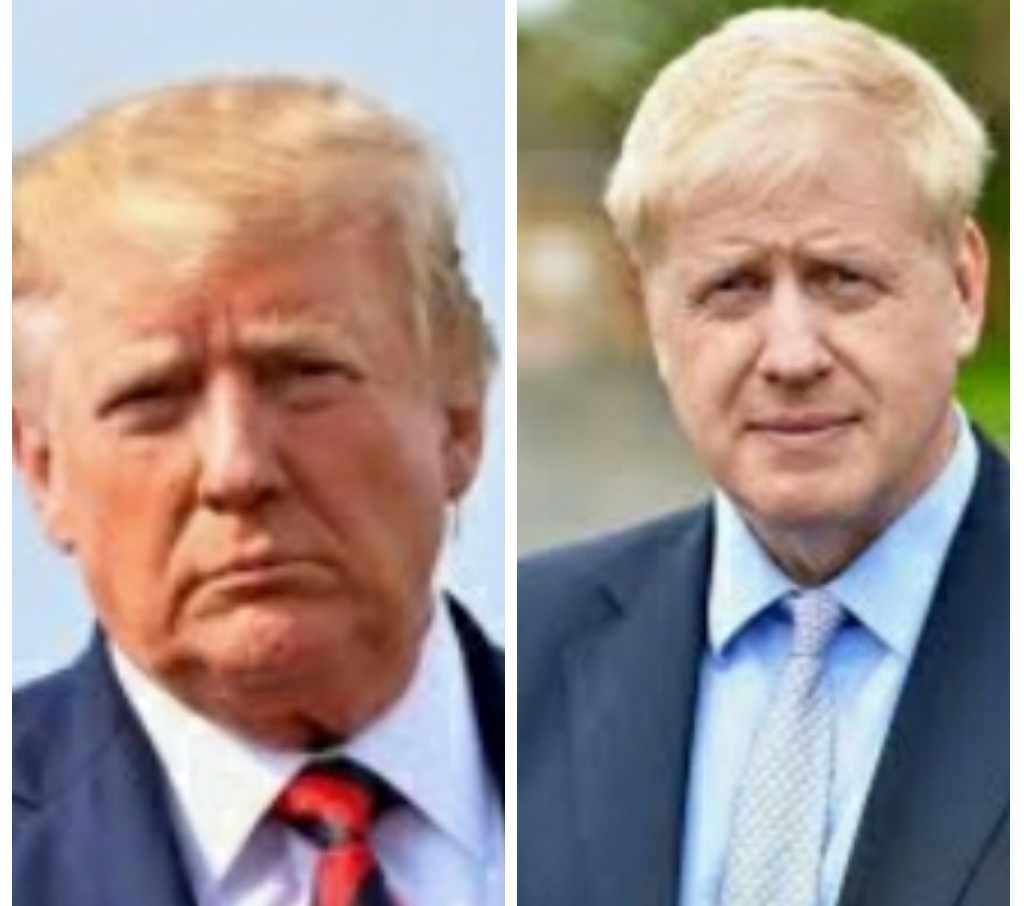 For a long time we were told that the best ways, in each and every sphere of life originate in the West – the US and Europe. The West has the best institutions, we have been told, time immemorial. It has the best governance; the best methods for selecting their governments; the best everything!

That’s what every child south of the Sahara that ever attended school grew up learning. That’s what he or she became an adult believing.

On the other hand, when it came to Africa or Arabia, all their leaders were dictators!

That is what everyone – at least in my age group – learnt, and internalized by the seventh year of primary school. One fully absorbed it. It could never happen for instance, for someone that behaved like Idi Amin to ever become president in the US. Or a leader in any of the great democracies of the West!

One of the things he first vowed was to build a wall along the border of the US and Mexico and furthermore, he vowed, the Mexicans would pay for that wall, or else…!

That sounded very much like a belligerent Idi Amin ordering Kenya to do something failure of which there would be hideous retribution.

That kind of thing was what candidate Trump unmistakably said he stood for. It apparently was sufficiently appealing for a number of his countrymen and women to vote “The Donald” into office.

What on earth was this? Us astonished none-Americans (or none-Europeans) asked.

Was it possible that a man that campaigned on an openly racist platform could win an election?

But we were told only Africans did foolish things like voting along tribal lines! Western, liberal democracy had inbuilt, protective measures against racist, tribalist or sectarian appeals. It only allowed for voters to make pragmatic choices dictated by logical calculations for what’s best for everyone. Or so, people were made to understand.

Yet here was a man that daily said racist, sectarian things, and precisely for that, he took the highest office in the United States –  a country long described as the biggest, best example of Western liberal democracy. Just like across the Atlantic his close friend Boris Johnson – a kindred spirit – would become Prime Minister of the United Kingdom.

One will have read how Mr. Johnson said Muslim women (that wore attire conforming to their cultural and religious beliefs) looked like phone booths! It was also reported in the media that the prime minister called black children pickaninnies – a racially abusive term.

The two gentlemen have never made a secret of their convictions that none-white people of the earth are not, and can never be equal to their beloved Caucasian race!

Now every day we wake up to news such as recently when the American president told the President of Turkey: “don’t be a fool!” That was before threatening to destroy the economy of Turkey if it doesn’t do what he (President Trump) wanted.

Ariko bagenzi! I exclaimed to myself. Trump reminds me so much of Idi Amin.

Sometimes I actually wonder whether the US president isn’t some long lost brother of the departed Ugandan ruler from a different mother!

Amin liked to send messages to leaders of neighbouring countries exactly like Trump’s to the Turkish leadership. “Nyerere, the only problem I have with you is your white hairs!” Amin wrote to the Tanzanian head of state one time. “If you were a woman I would marry you, but you are too old!”

The Ugandan tyrant then warned Tanzania with fire if it did not respect him!

But come to think of it, Amin would never utter some of the things President Trump has been quoted saying. I can’t think of any African ruler that would boast of grabbing a woman by her private parts! (To be fair to the US president though, the world only learnt of that through a leaked recording).

About the UK, what even us humble Africans will find remarkable is how Prime Minister Johnson is ready to say just about any unverified thing to voters.

The prime minister vowed he would get Britain out of the European Union by the end of October 2019, “come what may”, “do or die!”

He said he would free his country from the “dictatorship of Brussels” (Whoa! I thought, so there is a dictatorship in the small Belgian state, and one powerful enough to hold Britain in bondage?). The Prime Minister told the people he would yank Britain out of the EU but that the country would lose none of the wonderful benefits of membership of the union: free trade; free movement of people and goods; hustle-free residence by citizens of the UK in any EU country, and so much more.

Johnson and his pals were telling their people they would have their cake and eat it too! Except that none of the things the “Brexiteers” said could stand a moment’s scrutiny.

October has come and gone and Johnson hasn’t done what he said.

People that stand for the worst things apparently will ascend to the highest office. They will tell palpable falsehoods and that won’t impede them.

Such and more isn’t exactly what we were told to believe.

Shyaka Kanuma is a journalist based in Kigali