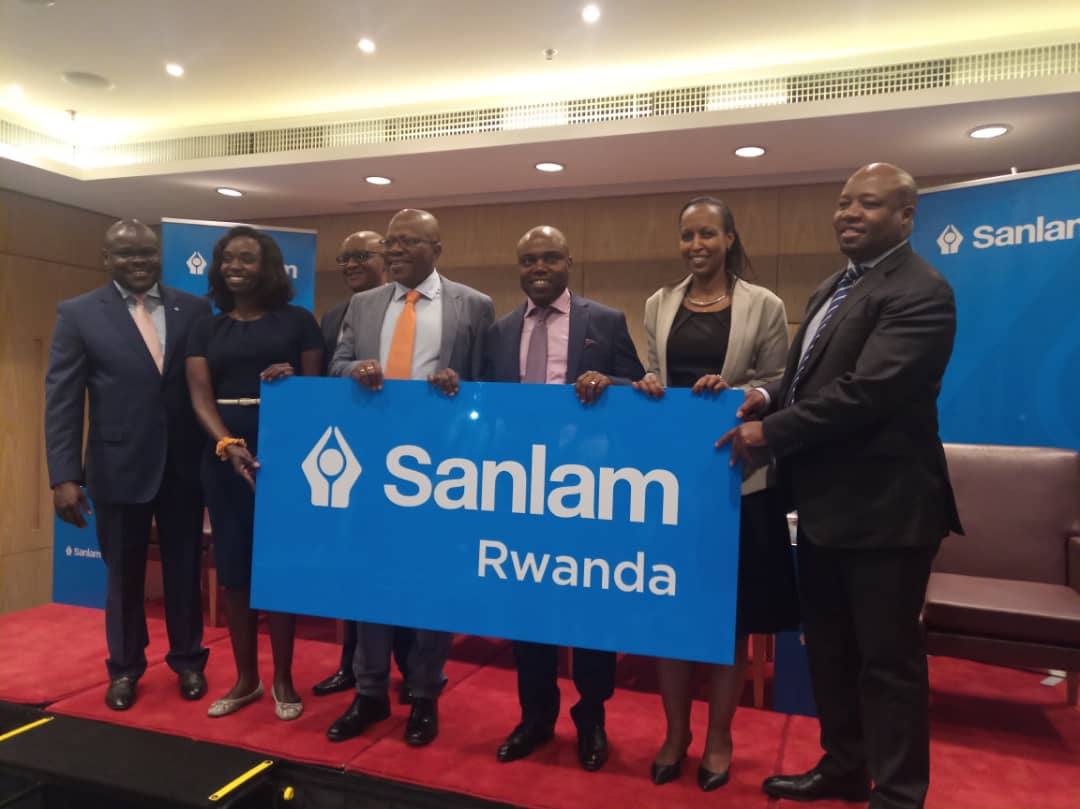 The full merge was announced this Wednesday in Kigali by both officials of Soras and Sanlam following Sanlam’s entry into Rwanda in 2014, which was characterized by buying Soras’s shares through another insurance company-Saham.

With 100 years insurance experience, operations in 40 countries, in 2005, Sanlam started an acquisition process of best insurance companies in Africa and Asia.

It picked an interest in Soras Rwanda in 2014 making it the 33rd country of interest on the continent.

In 2014, Sanlam insurance, bought some Soras shares (63%) and also bought the remaining 37% in 2018, but in February 2019, through its partner company Saham insurance, Sanlam managed to merge the two rival company (Soras and Saham) thus a rebrand to Sanlam.

“Now we have all the shares and past the acquisition phase. We are now entering the organic phase to ensure that our presence in Rwanda resonates with a pan African vision led by president Paul Kagame- in opening borders on the continent,” said Junior Ngulube, the Vice Chairman Sanlam Pan-Africa.

“It is not a surprise international companies like Volkswagen and Mara phone are doing business in Rwanda because there is a good investment climate, which is an example for African businesses that Africa is our play field,” Ngulube said.

Sanlam presence in Rwanda as an insurance giant comes at a time when the insurance sector made losses amounting to Rwf900 million, and an uptake of less than 3%.

However with a muscle of $16.9billion in business volumes, $1.3billion operating profits and $57.6 assets under management, plus 91.000 professional staff; Soras officials say that this merge is going to improve their performance.

“This is one way of saying that we are going global as a Rwandan insurance company. We want to use Sanlam expertise, technology and experience to become an international insurance company,” said Fiacre Barasa, the CEO of Sanlam General (Insurance) Rwanda.

The merger comes at a time when Soras (General and Life insurance) also boasts of a profit making spree despite the losses in the general market, of which Soras has a total turnover of Rwf28.1billion, a business volume of Rwf23.9billion and assets worth Rwf57.8billion, as of 2018.

“We are not making any losses, instead we will be performing better that what we have today,” said Jean Hodari, CEO Saham Life (Insurance) Rwanda.

In Rwanda, most insurance companies cover medical and life insurance risks within the country.

But, Hodari revealed that the merger is going to enable Rwandan clients to have these services covered in 40 countries where Sanlam operates.

Hodari also said that since calculation of life insurance benefits in Rwanda is handed out on a pay as you go system, Sanlam will be able to use among its 91,000 insurance valuators to make this process immediate and shorter in accident situation and claims.

Sanlam Pan-Africa also revealed that the entry in Rwanda will come with opportunity of training local media in business and economic reporting as it has been part of their tradition, currently happening in South Africa.