Home Voices Rwanda: The Way We Were Then and The Way We Are Now
Voices 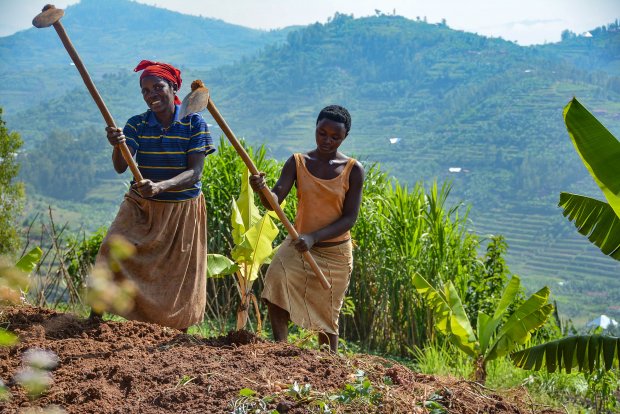 I’ve watched, fascinated, as Rwanda has forged itself a new identity over the past two and a half decades. I like to simplify the timeline; break it down into mini eras – moments in time one may term landmarks along the journey that’s led to this new identity of ours.

It wasn’t that long ago that we were abasopecya, abasajja (Uganda Waragi sub group!), abajepe and abadubai. Those were the humorous ways we chose to identify ourselves, by alluding to our countries of former exile.

It was funny but it also was reflective of an inescapable reality – we essentially were one, but we also were different in so many ways.

The fellow Rwandan that was born and bred here, namely the musopecya spoke Kinyarwanda far differently from “the returnee” aka the musajja from Uganda, mujepe from Burundi or mudubai from the former Zaire. My musopecya friend used a lot of interjections in his sentences like: vurema, donko, kamemu, sevure!

I in turn gave him a lot of soo, enewe, riyale! and others like that, and we were even!

When a mujepe joined in the conversation her “Kirundified” French (“ca va, iliya lonta!”); or the returnee from Kenya (an honorary musajja!) whose verbal tics included prefixing words with “si” (si I will come!); or the mudubai cousin with her tortured Kinyarwanda; or the workmate that had been in Tanzania their entire life and didn’t care for any foreign language other than Kiswahili…we had a veritable United Nations here!

We also called ourselves “Anglophones” and “Francophones!” I suspect there were a few “Lusophones” hiding themselves somewhere.

As any people that find themselves in one space, Rwandans began to be suspicious of each other. Molehills became mountains. At work a “Francophone” felt threatened when English was introduced as a language of official business. Some people said “the basajja are going to take all the jobs!”

Obviously the “Anglophones” didn’t see things like that. They felt picked upon, and they said: “What about us that went to school in English systems, are we to have no job in our country!”)

In such ways colonial realities further complicated the rebuilding process. But trust Rwandans; many took the effort to learn French, for those from the other “phone” and vice versa. Fortunately social interactions – like dating and marriage, and the fact we all spoke Kinyarwanda away from work – eroded the risk of further confrontation over the languages of Europeans.

A musopecya woman that married a musajja colonel did more for social détente than two years of sensitization on good citizenship would! People danced and drank beers together and disregarded the fact they had different backgrounds. In such micro moments a new Rwanda began to take shape.

Many, many similar ones happened every Saturday. The country could be saved after all!

And when the newly wed had kids? Those had no idea what a musajja, musopecya, or the other (artificial) groupings were.

But there still was a long way to go. More catalysts for potential conflict, such as socio-economic competition, were ever lurking.

Rwandans for instance accused others of “enjoying” all the high-ranking government cabinet posts and other positions than others. Bitter accusations flew that some had the lions share in security leadership positions while others had “completely nothing”. Sha, nimwe mwarutashye abandi twaraherekeje gusa, some would be murmuring in their drink.

Interestingly, the fellow complaining that “his people” had “returned to nothing” in fact had a four-bedroom house in Kacyiru, with all the modern amenities, drove a Toyota Prado with government plates, and was often out on government missions. One would wonder what it would take to make a man like that realize he had far more than the average Rwandan whatever their background.

In any case, as the years came and went people amenable to reason came to see there wasn’t anyone that was discriminated against: “Francophones”, “Anglophones”, women, ethnic background…all had their fair share of “the available national cake”. That quarrel too seems to have died down.

Now, today I wake up and I am not a “musajja” any longer. Neither is my neighbor a musopecya, mujepe or any other thing like that. Those ways of grouping ourselves became overtaken by time and ever-closer intertwinements.

Personally I can’t remember when my Rwandan-born friend last said “donko”, “kamemu” or the like to me. Neither can I recall when I last said, “enewe” or “riyale”. Also, I haven’t for a while heard any whining about how this or that particular group of Banyarwanda are better off than others.