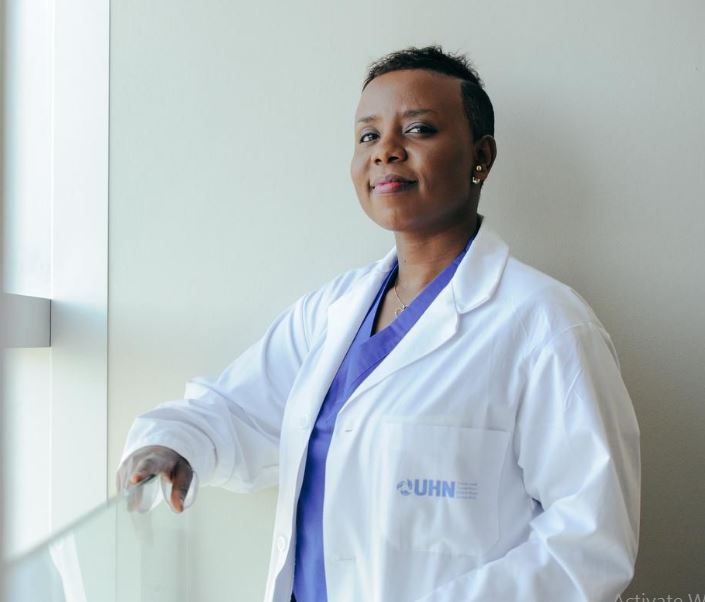 ICASA – When Rwanda was announced to host the most complicated and biggest health gathering – the International Conference on Aids and Sexually Transmitted Infections in Africa (ICASA) earlier this month, the world spoke a lot.

The conference is regarded as “complicated” for some reasons, but one of them stands out: it brings together LGBT – an initialism that stands for lesbian, gay, bisexual, and transgender.

To Rwanda, a country that has said less or nothing about LGBT people, everyone looked up expecting a harsh treatment to these groups that are, in many African countries, discredited within societies.

Many thought that, like it has happened elsewhere during the previous ICASA gatherings, there would be strange behaviours. Many thought Rwandans would not manage this conference. 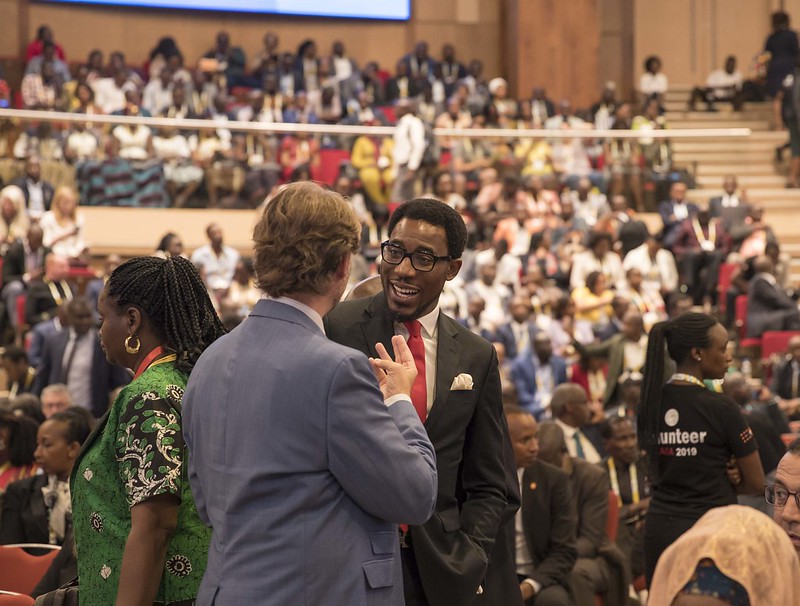 Health officials undertook communication campaign to tell the large public how to behave so as to treat such people – from airport to the hotel, from the market to any other gathering and of course, to the meeting venue. They even reached out to security organs to make sure that no one feels offended during their stay on the land of a thousand hills – Rwanda.

Within seven days – from 2 to 7 December, everyone was mesmerized. From the organization, protocol and other logistics, Rwanda demonstrated it was ready to host 10,000 people in the same room.

The turn out, financially means a lot in Rwanda’s Meeting, Incentives, Conference and Exhibition(MICE) policy which intends to earn Rwanda millions of dollars due to endless opportunities and favorable environment the country offers to visitors.

November 7 will go down in the memories of Rwandan medical practitioners. It is a day they met and interacted with President Paul Kagame under the “Meet the President” series.

The President met and had lengthy discussions with close to 1, 000 medical doctors from public and private hospitals as well as other institutions at Intare Conference Arena in Rusororo, Gasabo district.

During the session, representatives of the medical doctors raised their concerns before the President, among other things highlighting issues of remuneration, lack of incentives, limited equipment to offer specialized care, budget constraints and lack of training opportunities which affect their performance.

They remain hopeful their grievances will be solved, as countdown to 2020 nears.

One thing medical practitioners will always remember is President Kagame’s recount of where the country has come from, the available resources and commitment to improve the health sector, their responsibility towards serving the country, among others.

On a funny note, some people criticized the meeting, suggesting that the medical practitioners, ‘abandoned the patients at their respective hospitals.’

They were told that just a few medical practitioners were spared to represent their colleagues. Indeed, at the end of the day, no crisis was felt from hospital.

A month before the ICASA gathering, Dr Karekezi, the only Rwandan female neurosurgeon who dedicated 16 years of her life doing hectic courses to become who she is today, had given her experience during a “Meet the President” event that attracted over 800 medical practitioners at Intare Arena in Rusororo – Gasabo district in the capital Kigali.

To have Dr Karekezi as the only female neurosurgeon joining the very few, Rwanda’s Health Sector has reasons to celebrate 2019.

She has since been helping cut down the burden of patients who spends months or even die due to highest queue with few doctors.

Upon returning home from Canada, Dr Karekezi joined Rwanda Military Hospital – Kanombe, where she did not only practice but was given the task to start a neurosurgeon service.

And in just 10 months there, she has handled 2, 000 patients in consultations and operated 80.

At the Meet the President event, Health Minister, Dr Diane Gashumba, outlined several achievements the country has made in the health sector. She, however, had on her list, challenges. 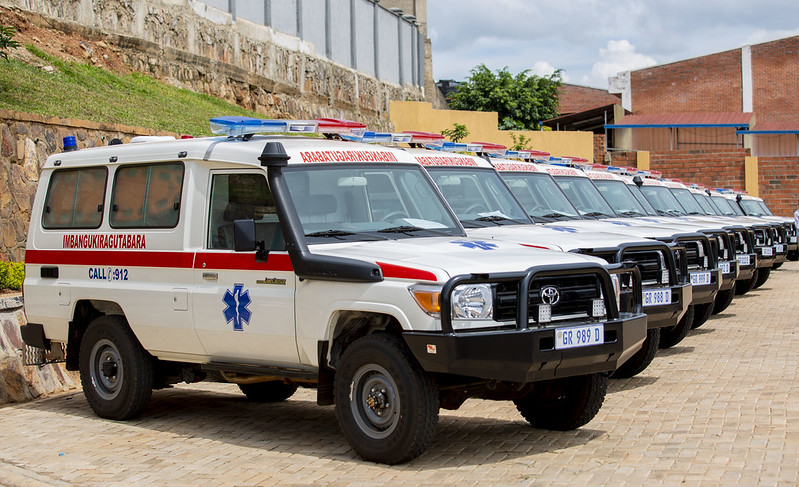 A case was an issue of ambulances, which she said “are still few despite the government increasing budget.”

“There is a shortage of 174 ambulances,” she said as President Kagame listened. 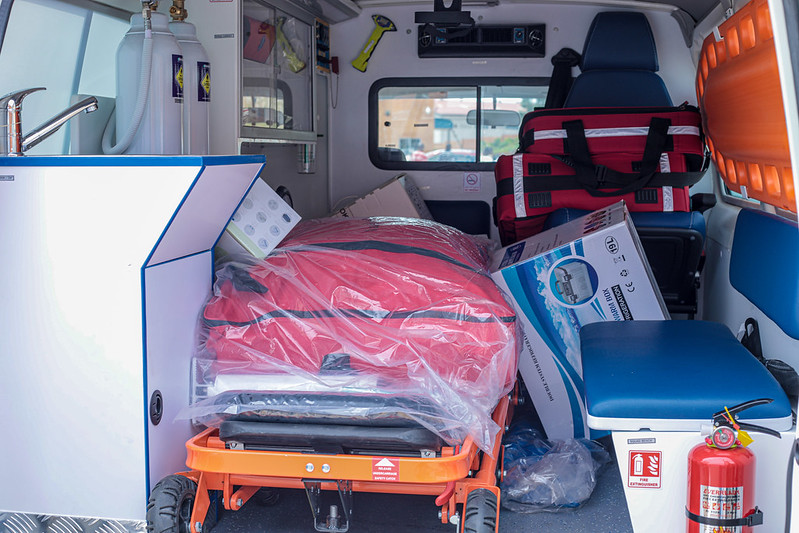 The vehicles were handed over to the Ministry during an event that was held at Rwanda Biomedical Centre’s medical procurement stores in the Special Economic Zone, Masoro in Gasabo District.

The ambulances were donated under the framework of ‘Baho Neza Integrated Health Campaign’, – an approach that focuses on Family Planning and Early Childhood Development (ECD) by addressing various health-related issues including the availability and accessibility of family planning services, as well as identifying and closing identified gaps.

The Ministry waits for further donors.

In August this year, Rwanda faced yet another big test, when its neighbor – Democratic Republic of Congo (DRC) was hit by deadly Ebola outbreak.

Rwanda, however, stood firm, and contained the disease that had attacked Eastern DRC which borders Rubavu district in Western Province.

To deal with the vice, Health Ministry deployed 150 health workers on borders because of Ebola.

Rwanda also vaccinated over 3000 health providers and people in high-risk zones this year, according to Dr Sabin Nsanzimana, the Director-General of Rwanda Biomedical Centre (RBC) as part of containing Ebola.

The country further announced it was ready to purchase the unveiled anti-Ebola vaccine released by the World Health Organisation (WHO), as long as it is out on the market.

This was added to a joint project between the two countries where automatic washing taps were installed at the border in Rubavu, in which all travelers wash their hands before crossing into any of the two countries.

As Ebola was being contained, Health Ministry also pushed 2019 to edge with a memorable survey on HIV Aids.

According to the survey, the capital Kigali was indicated as the top with the highest rate of HIV prevalence among adults compared to other parts of the country.

The survey; Rwanda Population-based HIV impact assessment released on October 22, revealed that among Rwandans aged 15-64 years, HIV prevalence stood at 4.3% in the City of Kigali and 2.2% in the Northern part of the country.

The survey was in response to the Joint United Nations Programme on HIV/AIDS (UNAIDS) and HIV- affected countries that se the 90-90-90 targets that by 2020, 90% of all people living with HIV will know their status; 90% of all people with diagnosed HIV infection will receive sustained Antiretroviral therapy (ART); and 90% of all people receiving ART will have VLS.