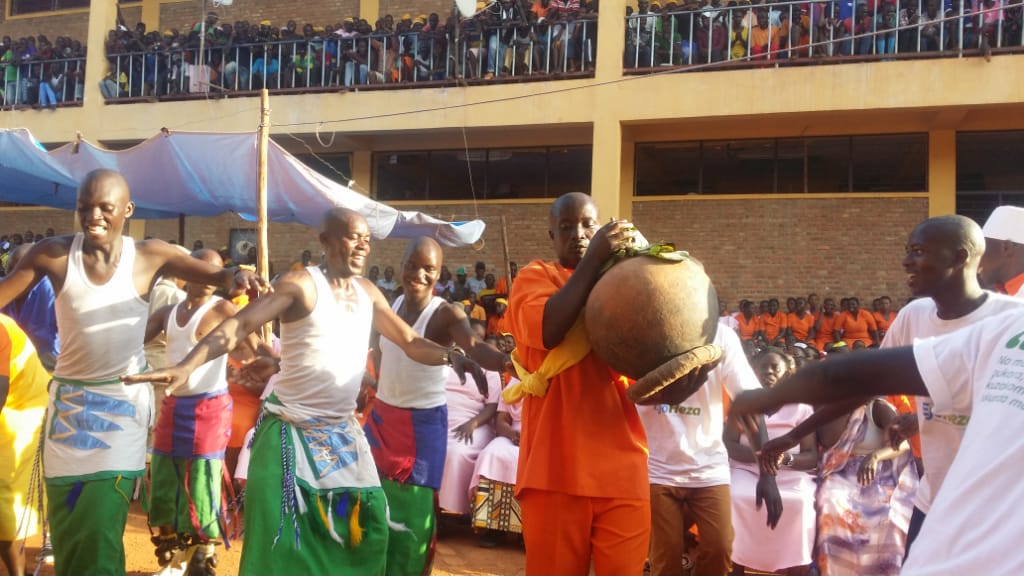 At Mageragere prison, celebration of the new year featured both modern and traditional dances

As New Year celebrations mood get high in the city of Kigali and the rest of the world, inmates in various prisons across the country started celebrating on New Year eve.

At around 10: 20 am,  December 31 last year, thousands of inmates at Nyarugenge prison commonly known as Mageragere had gathered to their assembly place,  to thank God for his good deeds in their lives in the ending year, and to dedicate their lives to Him in 2020. 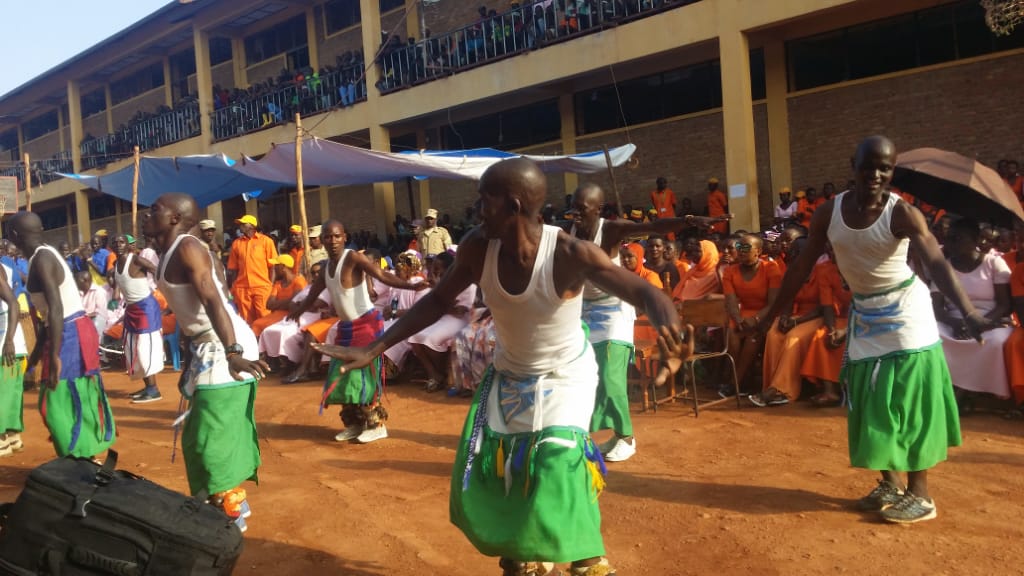 At the female inmates’ assembly place, a band of convicts took the lead, and with a mixture of international and local dances, they showed their mates what they do best. 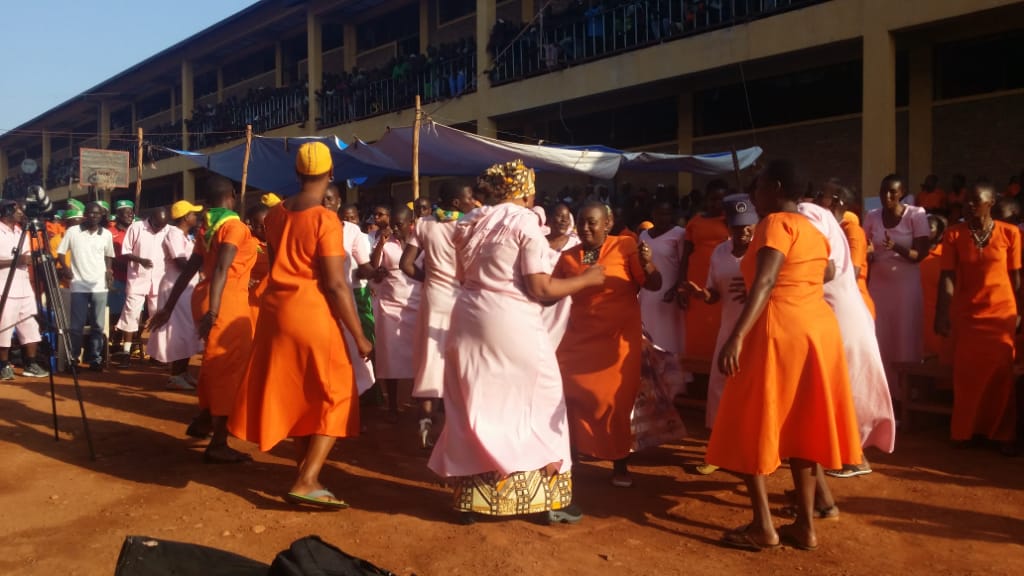 Celebrations were halted for about thirty minutes for a refreshment break and after thirty minutes, the male took over the show at the basketball court located in front of their dormitories.

George Isaac Rangira who was convicted for selling drugs said: “We have to celebrate, to thank God for the gift of life. Many have died and did not see this day. Why shouldn’t celebrate?” 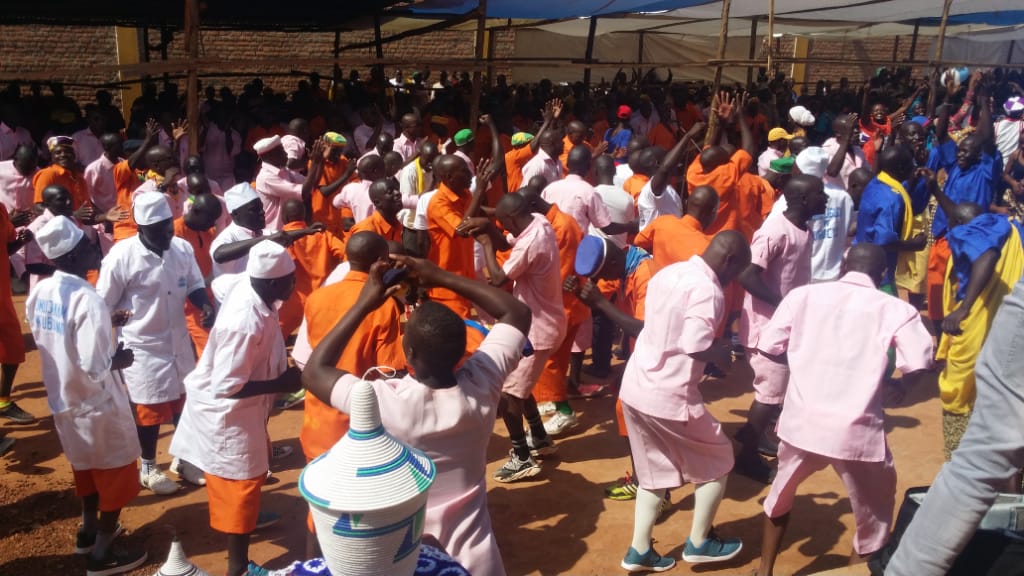 “Yes, we are convicts, but still breathing, celebrations could be more excellent with our families. But we have learnt to be contented with the minimum,” Rangira said.

In the second phase of celebration, inmates danced to the climax by requesting songs of their choice.

As first day celebration were about to be halt to be continued today, Green P ‘aka’ Ellie Rukundo a famous Rwandan Rapper stormed the stage with his  ‘Bingana iki’ song. 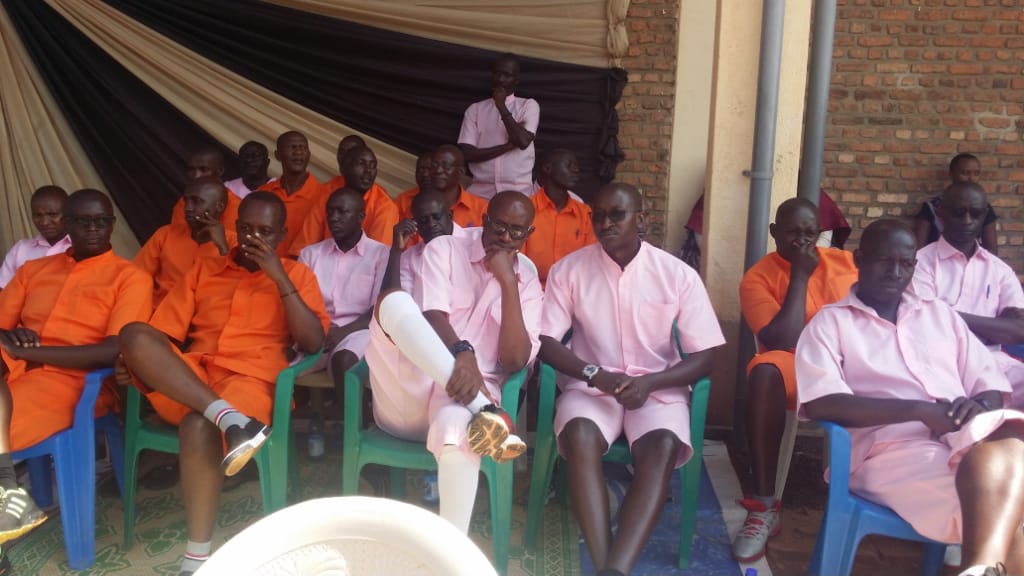 The 30 year old (Green P) has been arrested several times for abusing drugs.

Diane Umuhire who was also convicted for forgery said: “Celebrating the New Year is an annual event. It helps us to reduce stress. We are continuing tomorrow (today). Apart from celebration, we also gather and discuss how to stop crimes when we’re are released.” 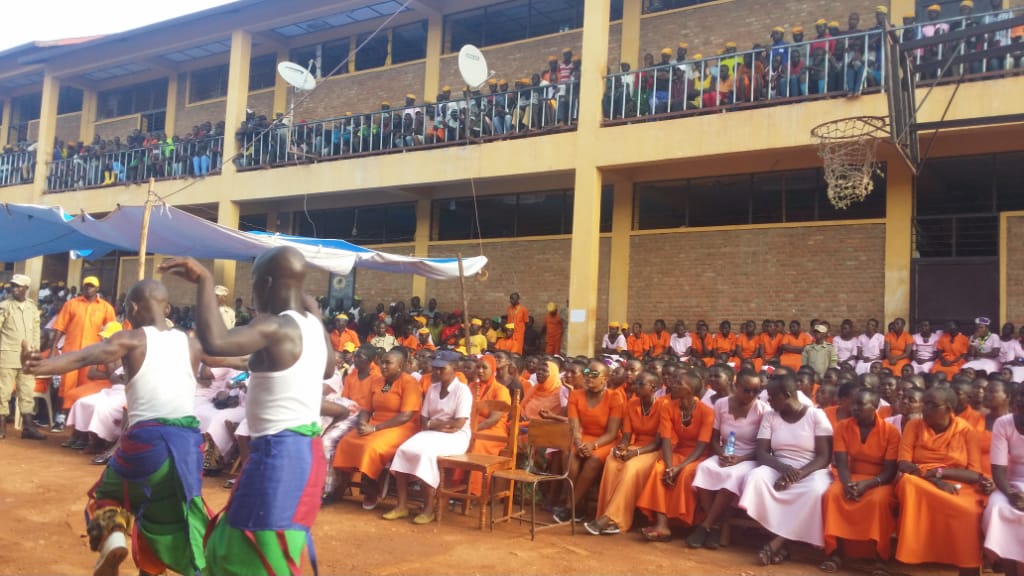 Nyarugenge prison hosts inmates aged between 18 years and 90 years old. These inmates were convicted after committing various crimes including 1994 genocide against the Tutsi, drug abuse and smuggling, assault, stealing, among other cases.

Celebrations are underway in 13 prisons across the country. 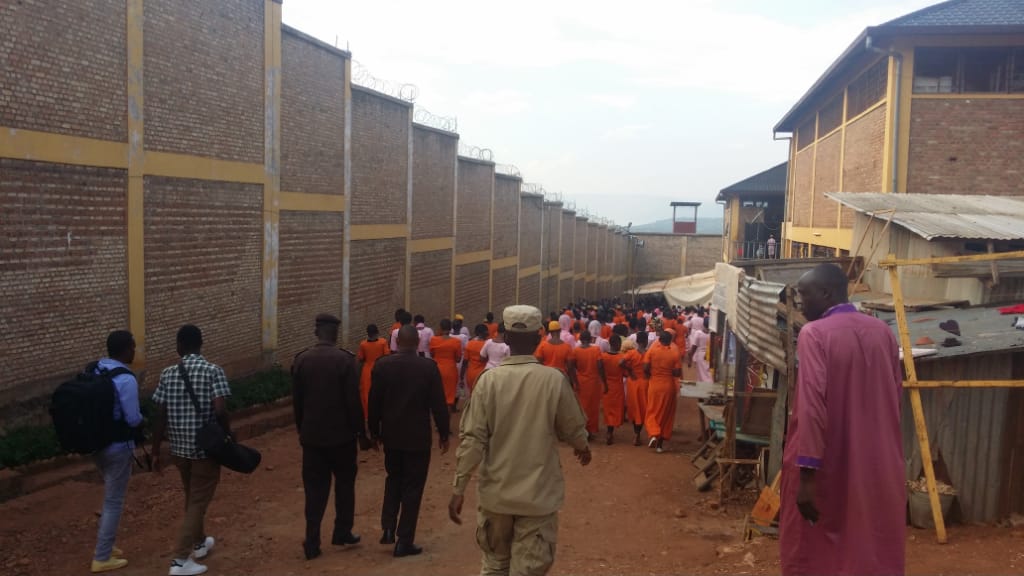 According to Rwanda Correctional services (RCS), there are 74,000 inmates in all those prisons serving several sentences.

“We hope that this year, you will take firm resolutions to fight crimes of all kinds in our community when you’re released. We wish you Happy New Year 2020,”the spokesperson of RCS, SSP Hillary Sengabo told them.

“Celebration is a right which the inmates also deserve.” 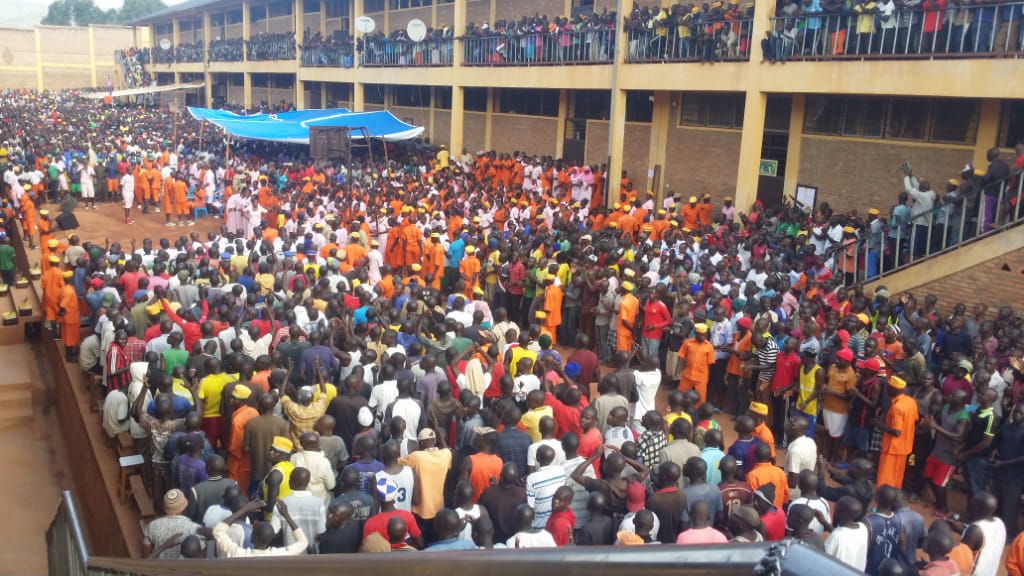 Do What is Right- Kagame Tells Rwandans in New Year Message