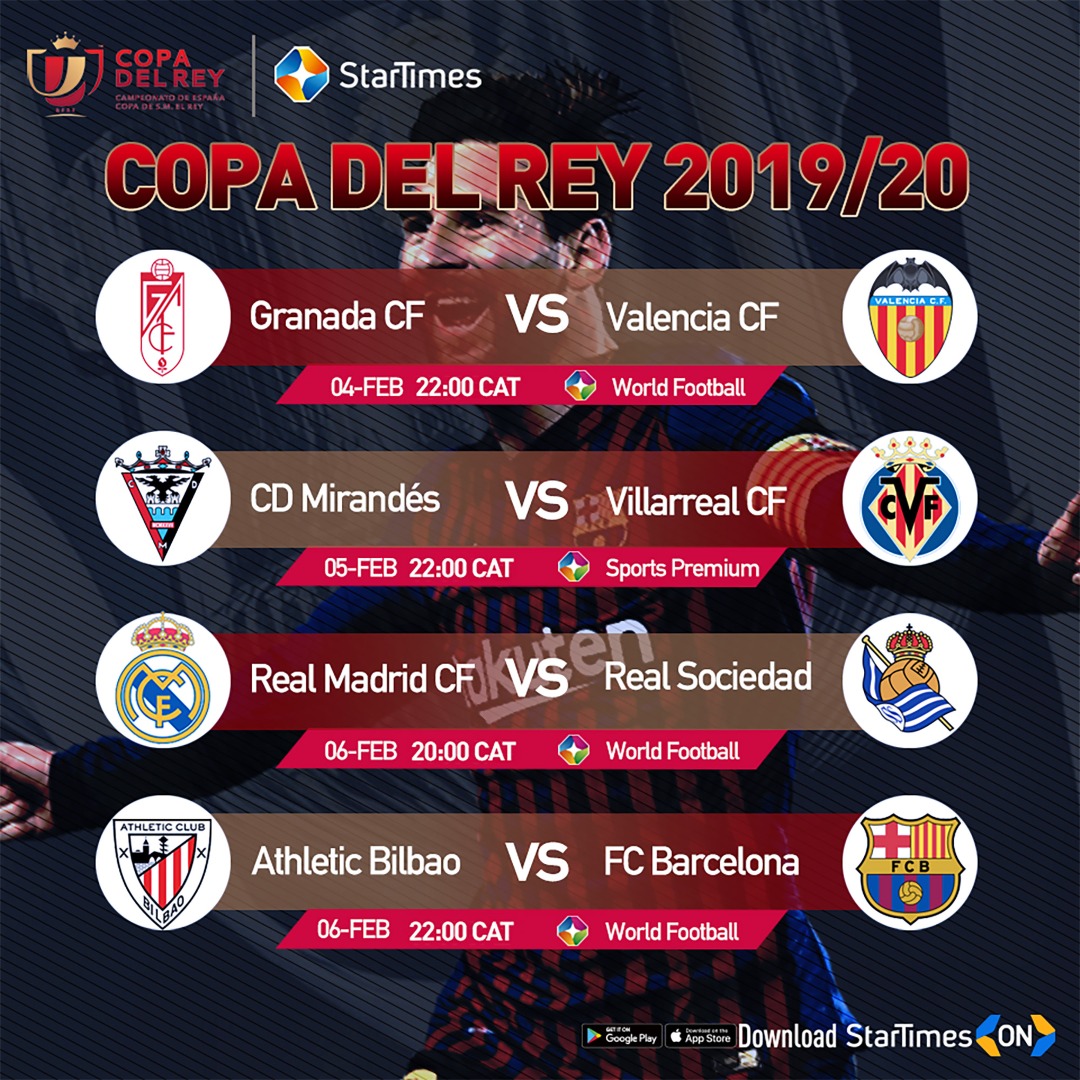 Like several domestic competitions the Copa del Rey has been struggling with crowd interest dwindling, clubs not taking it very seriously and players concentrating on league performances.

This prompted Spanish football officials to introduce a host of new regulations at the beginning of the season and as the competition goes into the quarterfinals this week, it is abundantly clear that the changes have brought a new lease of life.

The number of lower league teams was drastically increased and they were guaranteed home fixtures against higher-based teams going all the way to the semi-finals.

Thus the story of the competition this year is not only about Real Madrid and Barcelona, it is about the big boys of the La Liga traveling to small villages, towns and islands all over Spain and it is about Mirendes, a club from Miranda de Ebro.

After already knocking out Celta Vigo in the fourth round, the small club will on Wednesday get a chance to advance to the round of the last four, with Villarreal standing in their way.

A capacity crowd of 5,800 will be in the Estadio Municipal de Anduva on Wednesday to see the Los Rojillos take on El Submarino Amarillo.

But while most of the non-Villarreal football fans in Spain will be holding thumbs for the small club from the autonomous community of Castile and León, much of the attention will, of course, be on the big boys – Real Madrid and Barcelona.

Having survived a scare in the third round with a late come-back win at UD Ibiza, Barcelona will not take their quarter-final opponents’, Athletic Bilbao lightly on Thursday.

Between them, the two clubs have won the competition more often than anybody else. Barcelona an astonishing 30 times, Bilbao 23.

Barcelona are away in the San Mamés and despite sitting in second position in the table – three points behind their big rivals Real and having secured a 2-1 victory against Levante on the weekend with both goals being scored by Wunderkind Ansu Fati, Barca will have their work cut out for them.

Real Madrid, meanwhile have home advantage. They take on Real Sociedad in the quarter-finals on the back of a morale-boosting 1-0 victory against Atlético in the Madrid derby on the weekend.

Granada get proceedings underway with their home game against the cup holders Valencia.

Football fans throughout Africa will be able to watch the games live and HD on the StarTimes football channels.