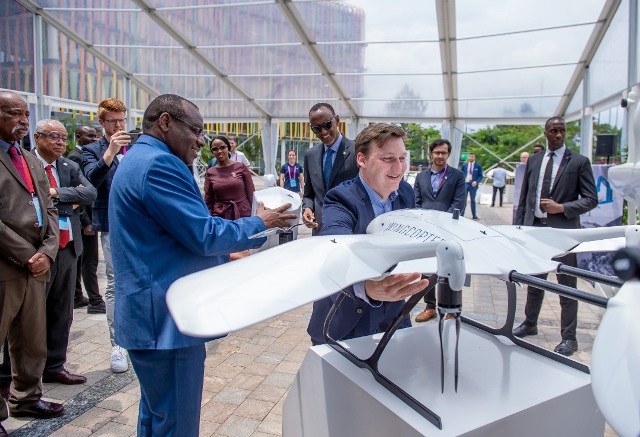 Drone demo at the first African Drones Forum in Kigali

Rwanda has gathered all it takes to construct a drone operations’ centre including a drone training academy that will take the country to a greater stride.

The center is scheduled to be constructed in Huye district, Southern Province with an academy that will enroll 500 students per intake.

This is part of Rwanda’s aspiration of becoming an ICT hub, and looking at the potential of tapping into the $127billion drone business, thus need to build a battalion of drone students, designers and pilots.

The estimated Rwf6.2 billion worth center, on a land of 29 hectares to be located near the Huye stadium, will accommodate drone manufacturing, testing, training, research and development activities.

It is scheduled to be constructed the next Financial Year 2020/2021.

At the first African Drone Forum place taking place between February 4-15 in Kigali, the Minister of ICT and Innovation Paula Ingabire said that the centre is a project among many as far as drone usage is concerned. 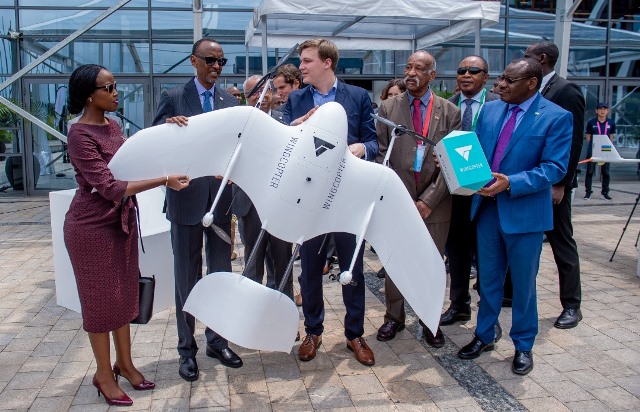 Ingabire said that already Rwanda has started on the drone journey with an existing center of excellence in University of Rwanda (UoR) –which is space for learning, designing and testing but this is not enough.

KTPress learnt that the World Bank has also offered University of Rwanda College of science and technology a deal to develop the first African drone port estimated to $2million in Karongi town – Western Province.

The 40meters drone port will be used for safety and secure landing for drone operators.

However, current records shows that there have not been any major accidents since the first Zipline blood delivery drone flew in Rwanda three years ago.

In other projects, Leap Applied Research (LEAPR) Labs, a Rwandan company is expected to bring on the market the first customized multipurpose drones that can do deliveries, imaginary, crop mapping and land surveys.

Leapr labs announced on Wednesday, that the drone- “garnet”- a fixed wing drone, developed by Rwandan students will be on the market in the next two or three years costing an estimate $60,000.

The prototype of this drone, made out of triplex wood was  showcased on Wednesday at the Africa Drone Forum (ADF).

Leapr labs is concurrently working on a quadcopter (aerial photography) drone prototype which is also expected to be unveiled at the same time with the garnet-Rwanda made drone.

“We have done the drone testing in Kigali and now working on the production which involves 3D printing, and using laser machines to construct the actual drone.

The drones will be ready to hit the Rwandan skies in two or three years,” said Kelia Mugenzi the Leapr communications officer. 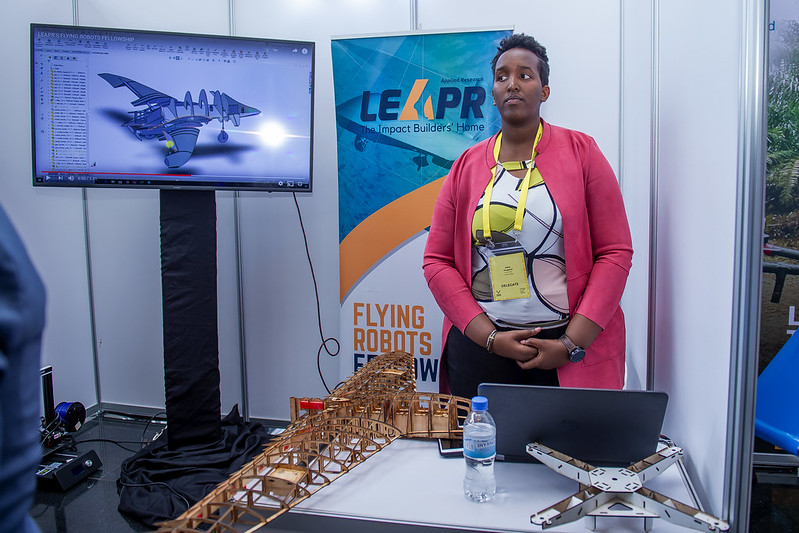 LEAPR drones were developed by two science students who participated in the 2018 LEAPR Labs Flying Robots fellowship in Rwanda which trained the first batch of Rwandan students in drone technology.

One of them Olivier Nteziryayo, who emerged winner of the fellowship was taken up by Leapr labs after his idea of creating an electricity propelled self-flying plane emerged best at the fellowship.

Ingabire said that Rwanda is working on its drone policies and regulations to spur innovation and skills development instead of bringing down the growing sector.

This, to Ingabire, means starting a new chapter of allowing anyone with drone business ideas to propose their business and operate in Rwanda using the center facilities.

Nothing Grows where There Is Divisionism and Hatred – Jeannette Kagame