Rwanda Senate has proposed that the Public Service Commission (PSC) be given power to recommend punishment against officials who don’t implement its directives to resolve civil servant cases, which leads to government losing money in court.

During a presentation of a Senate Social Affairs Committee report on the PSC report 2018/19 on Monday February 10, it was indicated that the government went to court at several occasions only to lose cases.

The findings indicated that of the 65 labor related court cases worth Rwf54.2 million, government lost 60 which represents 92.3% due to unlawful dismissal and delayed payment and reimbursement of civil servant salaries.

The government won cases worth Rwf2million only.

Following the delayed response to resolve the cases, the amount that was owed to complainants increased to Rwf520million.

The trend of court cases has only been increasing across government institutions.

For instance, from 2009 to June 2018, the government lost cases that amount to Rwf1.5 billion. On average, the trend shows that government loss of court cases increased with the highest peak (92%) in the last fiscal year.

“Some have been followed up not because they are in the commission report, but in media reports. We want the public service commission to ask for administrative measures when such cases are seen,” suggested Senator François Habiyakare

The senator was referring to a case in which health officials in Musanze district were reported to have tampered with job examination results in favor of some applicants- a case which is currently under investigation.

The Senate Committee chairperson, Adrien Umuhire said that the public service commission has implemented some of its duties but the delayed full scaling up of the e-recruitment and job shortlisting and lack of staff to assess recruitment procedure remained a challenge for the service.

For example the PSC has only 39 staff but 17 of them are charged with assessment of how institutions execute job recruitment and labor related complaints from 30 districts and government institutions.

Some senators wondered why there is resistance among officials in implementing government recommendations to extent that civil cases against government are costing the country that much.

Senate Vice President Sen. Esperance Nyirasafari was not convinced that there is a directive of ministry of justice to hold officials accountable yet some of them were advised by PSC to change their actions in vain.

“We want to know if they did follow through and what action was taken. We need individual responsibility to be taken and officials showed to us, instead of taking a general look at the institution,” Nyirasafari said.

Some senators suggested that the government should take a decision of recovering the Rwf54 million which resulted to the accumulation of the over Rwf520 million in the said duration. 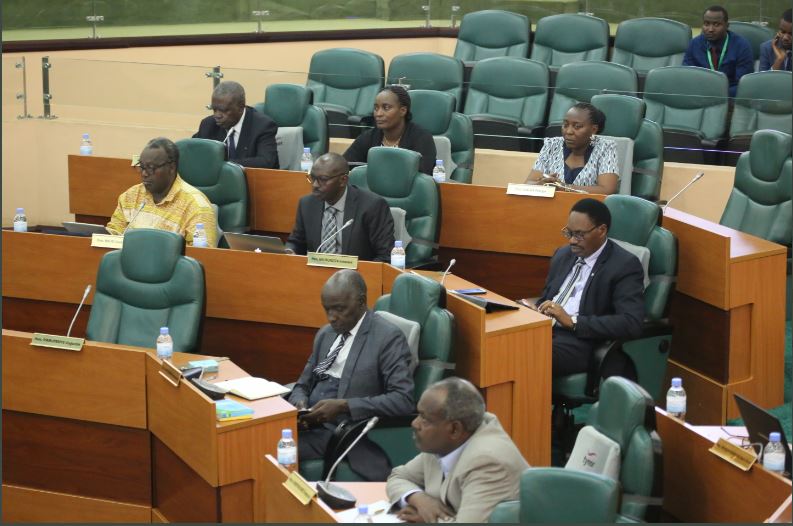 Article 25 of PSC requires that after 30 days of asking an official to implement commission resolve on a staff case, the commission asks the rightful organ to take administrative punishment on that official.

Senators also asked that at certain level, government should give the PSC commission powers to take punitive measures for some administrative errors committed and publish a list of officials who refused to do so.

After several hours of not agreeing on the recommendation to have the PSC take action, senate accepted the commission report but retained the resolve on this action pending further consultation within the senate and government.