Rwanda: 100 Granted Skies to Be Roamed by RwandAir 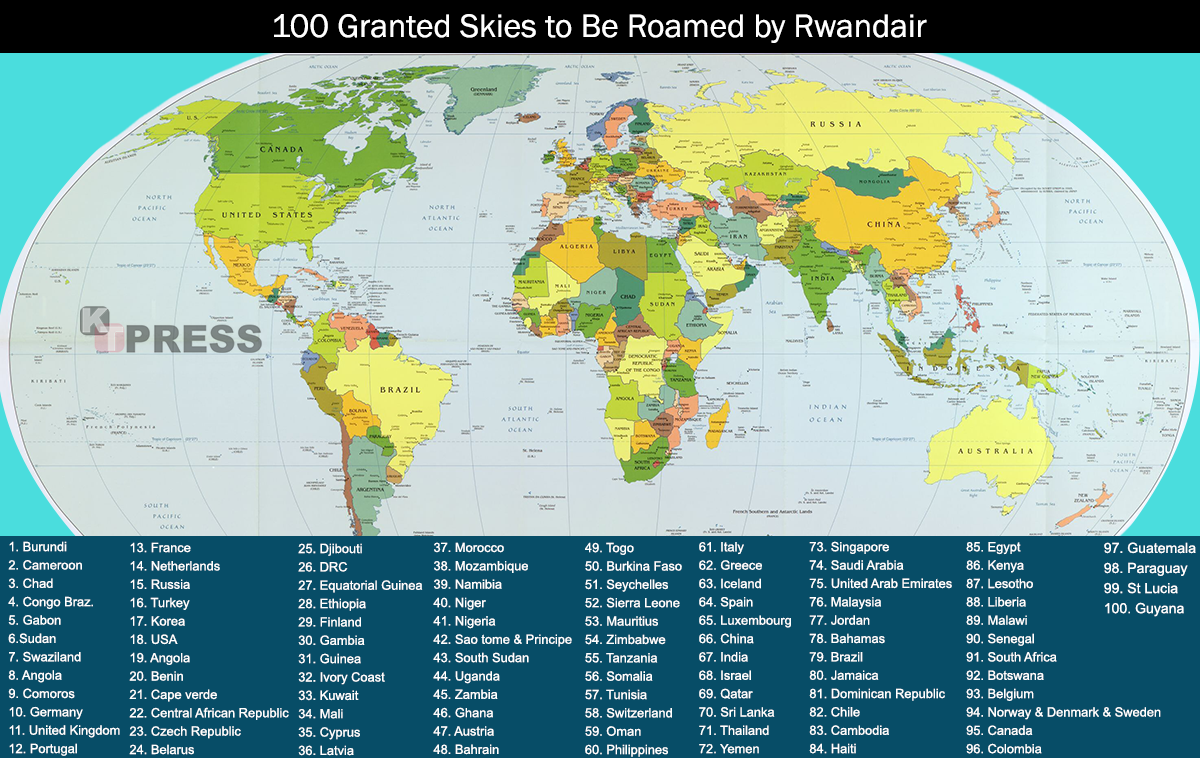 “Today marks the signing of 100 Bilateral Air Service Agreements (BASA).  The latest BASA was signed with the Minister of Transport & Aviation of the Federal Republic of Somalia to facilitate trade, tourism and investment cooperation,” Rwanda’s Infrastructure Minister Claver Gatete tweeted three days ago.

Yesterday, the minister of foreign Affairs Dr. Vincent Biruta signed another bilateral Air Service Agreement with Tunisia on the sidelines of the 33rd African Union Summit in Addis Ababa – Ethiopia, in which the North African country officially opened up its skies to Rwanda’s national carrier RwandAir.

The signed BASA deals means that Rwanda sets its strategic position as it looks towards attaining trade, tourism and political ties with other countries.

According to the Ministry of Infrastructure, the signed Bilateral Air Service Agreements are in three categories; those that were ratified, signed and initiated.

Most of the agreements signed were obviously with fellow African countries, but Rwanda went on to extend its pen to the rest of the world including the Americas, Asia, Middle East and Europe.

A look at the genesis of BASAs

Also they normally regulate frequency and capacity of air services between countries, pricing and other commercial aspects.

In 1944, when the World War II was in closing stages, 54 countries came to the Conference in Chicago, USA to talk about the future of international aviation.

The conference resulted in the signing of the Convention on International Civil Aviation, commonly known as the Chicago Convention.

The Chicago Convention determined that no scheduled international air service may be operated over or into the territory of a contracting state without their permission.

Over the following years, ICAO developed a series of traffic rights, known as Freedoms of the Air.

These freedoms continue to form the basis of rights exchanged in air services negotiations today.

Since using planes within the borders of a single country does not make any economic sense it became necessary for countries to come up with a way of expanding their operating areas.

One of the first air service agreements after World War II was the Bermuda Agreement. This agreement was signed by the United States of America and the United Kingdom in 1946.

When Kenya Is Grieving, It Goes As far As Our Country – Kagame