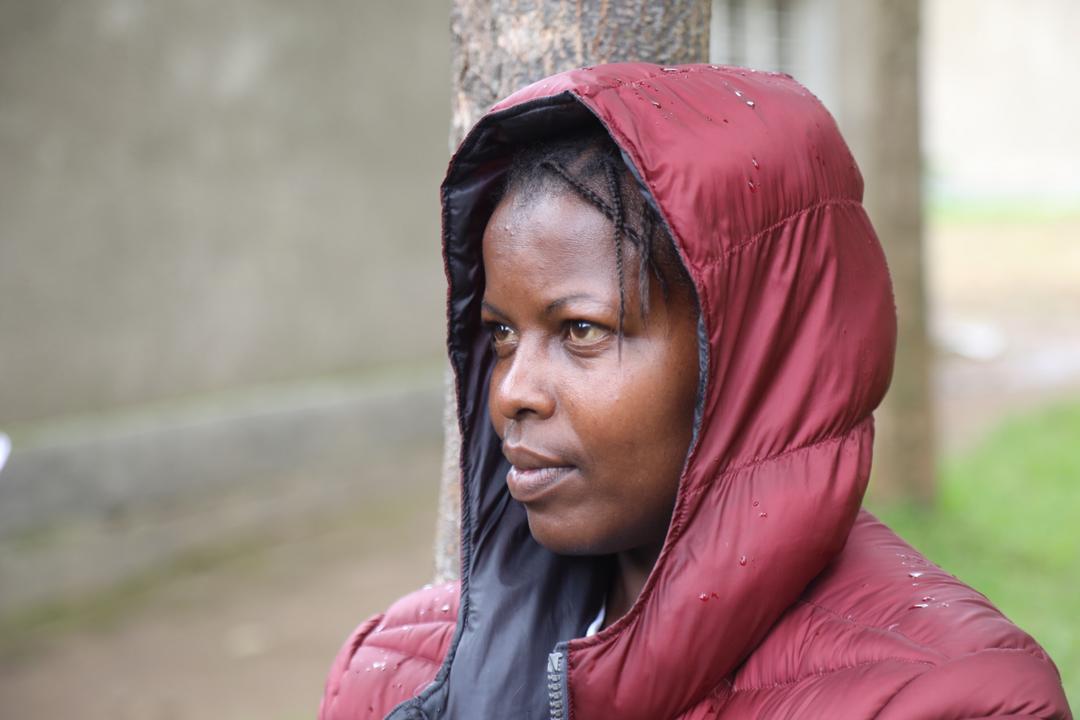 Ikirenga regrets why she loved her father that much that ended her in DRC jungles. Photo: Roger Marc Rutindukanamurego

She wore a red winter Jacket and a black trouser with old sandals in her feet. She, however, is not in a winter-hit Europe or in the Nordic world.

She, instead, stands in breezy cool gardens of Motobo Reintegration Camp in Musanze district, Northern Rwanda.

She steps back whenever one approaches her. She hates cameras. She will run away once a camera sets straight in her eyes. “I am nervous,” she says.

“I regret why I am here. I don’t know what my family, friends and former classmates will say once they learn that I am here,” she says, as her eyes turn red.

This is Frida Mafubo Ikirenga – a 26-year-old former member of militia fighters who were captured in Democratic Republic of Congo (DRC) jungles and handed over to Rwandan authorities.

She is among the hundreds of others camped at Mutobo reintegration camp. The camp hosts former armed militias who were recently captured by Forces of the Democratic Republic of Congo (FARDC) and handed over to Rwandan authorities. They spend three months at the camp before being reintegrated into the community. More than 11,000 ex-combatants have passed through this camp, according to Fred Nyamurangwa – a Commissioner at Rwanda demobilization and Reintegration commission (RDRC).

At the camp, the recently captured militias are of different age groups. At the camp, you meet elderly militias; middle aged men and women as well as child soldiers.

Everyone has a story of the day and night in the jungles of DRC, and definitely how they ended up in different militia groups formed to destabilize Rwanda.

Some are in-born militias. Others were lured into the militia groups either by their relatives or willingly joined – all orchestrated by members of the Democratic Forces for the Liberation of Rwanda (FDLR) – comprised of those who participated in the 1994 genocide against the Tutsi in Rwanda.

How Ikirenga ended up in DRC jungles

In 2017, Frida Mafubo Ikirenga thought about crossing Rwanda to Uganda to look for a job after being advised by a friend. She lived with her three sisters and a brother in Mumena cell, Rwezamenyo sector, Nyarugenge district in the capital Kigali.

“A friend of mine told me there was a job to work in mining sites in Mubende district in Central Region of Uganda. We agreed to cross and go to work there. I worked there for a year,” Ikirenga told KT Press.

But all her daily thoughts would be that; one-day, she would try her best and find her father’s whereabouts.

“Our father left us many years ago. We never had the chance to know his whereabouts. This always haunted me,” she said.

Towards the end of 2018, Ikirenga decided to leave her job in Uganda and return home. Before her travel back home, she had briefly met a Rwandan woman who told her she knew her father’s whereabouts.

“This sounded good news to me. We agreed to stay in touch once I arrived home,” said Ikirenga.

She returned to her home in Mumena. Mid 2019, Ikirenga reconnected with her contact person. A plan was made to leave Rwanda for Goma in Eastern DRC.

“When I arrived in Goma, this woman connected me to another man who took me to a place called Mweso in the thick DRC forests. This is where I finally met my father,” Ikirenga told KT Press. 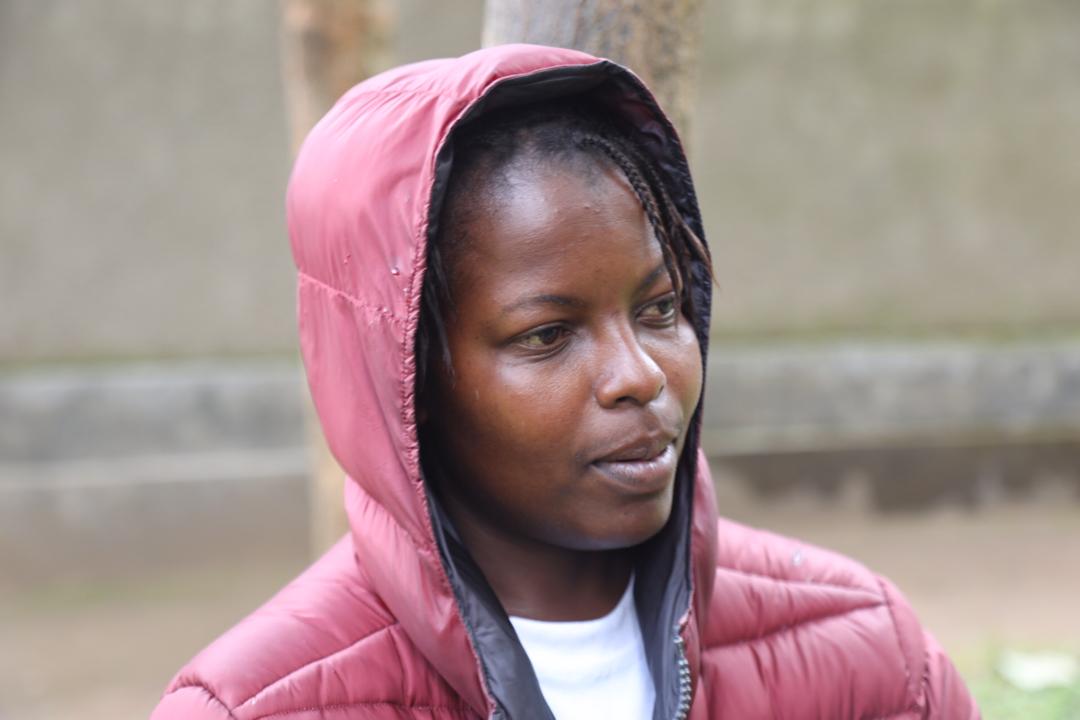 My father forced me to join the militias targeting to destabilise Rwanda.

Ikirenga’s first encounter was a start of long journey of disappointment. When her father saw her, he said: “Karibu mu gisirikare” loosely translated to mean, “Welcome to the army”.

“I never understood what he meant. I found my father married to a wife and had seven children together. He treats militias in a thatched house. I told him I had come to bring him back home. All he did was to laugh off,” said Ikirenga.

She spent a night with her father. The following morning, Ikirenga saw armed militias coming to their thatched house in the jungle.

“My father said I had to join the army. I resisted but I was threatened to be killed. Most of his children are militias too. I was immediately taken for a military training. We did a training for one month,”

“One evening, FARDC army shelled us; we ran away but we were overpowered. They captured us and I found myself here,” Ikirenga told KT Press referring to her final destination at Mutobo camp.

By the time she was captured, Ikirenga was not with her father. “I never saw him again since I was forced to join the militia. I don’t know if he was killed,” she said.

When Ikirenga left Rwanda to work in Uganda, she had just graduated from high school with a diploma in Accounting.

“I first enrolled in secondary school at St. Aloys in Rwamagana district in Eastern Province. I later joined St. Patrick Secondary School in Kicukiro district (City of Kigali) for my advanced level education where I graduated with a diploma in Accounting. Whenever I think about the life I went through in DRC jungles, I regret having had the love for my father,” said Ikirenga.

“He ruined my education dream. I wish I can return to the University and complete studies,” she said.

Once Ikirenga completes three months’ reintegration course at Mutobo, she will be given a funding package – which could probably be the start of her University dream.

According to Fred Nyamurangwa, after a three months’ reintegration courses at the camp, Ikirenga and colleagues will be given cash incentive of Rwf280, 000 as stipend for early days of their resettlement into the community.

“At first we give them Rwf60, 000 immediately when they leave the camp. We later deposit Rwf120, 000 on their accounts and finally more Rwf100, 000 is deposited on their bank accounts. We choose to give them this money in instalments to help them prepare and plan for income generating projects,” Nyamurangwa told KT Press.