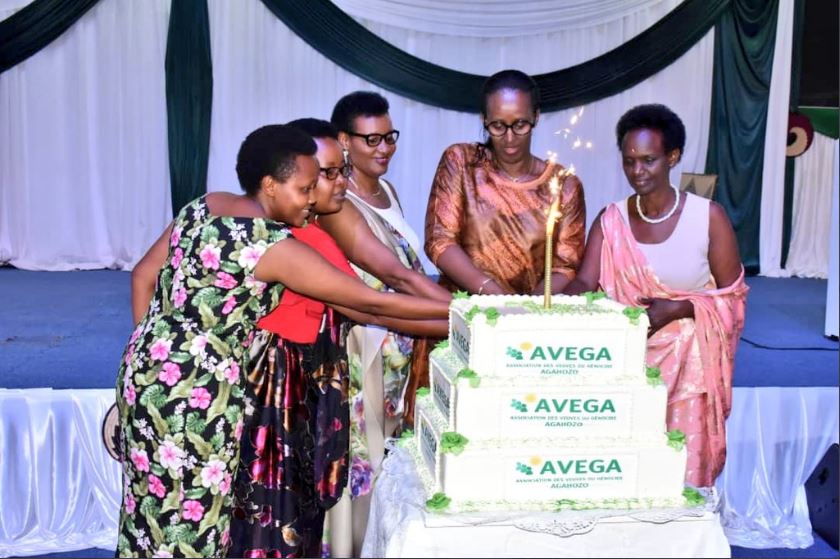 The First Lady Mrs Jeannette Kagame has hailed widows of the 1994 Genocide against the Tutsi grouped under their association AVEGA Agahozo, describing them as resilient women who have greatly contributed to the rebuilding of the country over the last 25 years.

Mrs Kagame who was the guest of honour at the ceremony to mark 25 years since the association was founded said that over the last 25 years she worked with the association through Unity Club and Imbuto Foundation, she learned many lessons on not giving up on hope.

“Encountering AVEGA impacted me as a person and as a parent. It kept me pondering on your resilience and I developed the desire to write about your heroic acts and kindness which I saw among you, ahead of the 20th Commemoration,”

“I felt the urge to write about how strong willed you are in an article I called ‘To all Women who bore the heaviest Burden of our History’. I want to thank you for accepting to open up your healing wounds to share your difficult testimonies with the rest of the world in order to consider rape as a war crime,” Mrs Kagame told the widows. 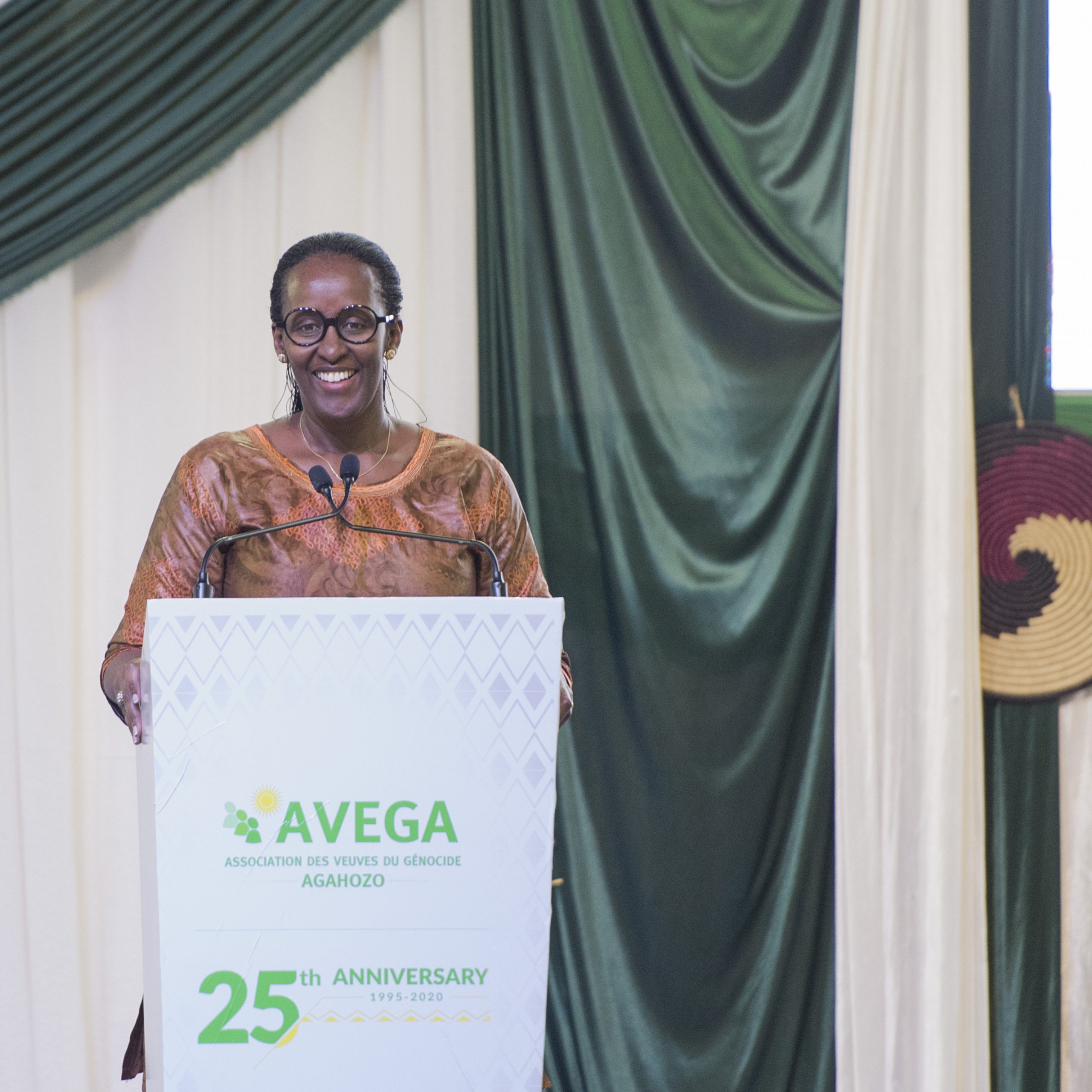 The First Lady also hailed AVEGA members for their role in giving testimonies in Gacaca Courts and other organs in a bid to ensure that justice for the victims is served, urging the genocide widows to continue engaging in acts that will bring them closer.

In her speech, Mrs Kagame said that while preparing a message to share with the genocide widows for the 25th anniversary, their stories related to that of Anka Bergman, a Holocaust survivor recalled for giving birth to Eva Clarke in a difficult situation.

“I want to share with you key lessons from her story which are in line with our theme. Before the holocaust, a new law had been passed, requiring all women who were pregnant or who would give birth to sign a document saying that their children will be taken into a concentration camp with a purpose of killing them,”

“When she got pregnant, she refused to sign the document and the child was born. She tried to hide the baby but unfortunately the baby died due to pneumonia. She never gave up despite losing her child. She got pregnant again even though she knew it was a serious crime,” Mrs Kagame narrated. 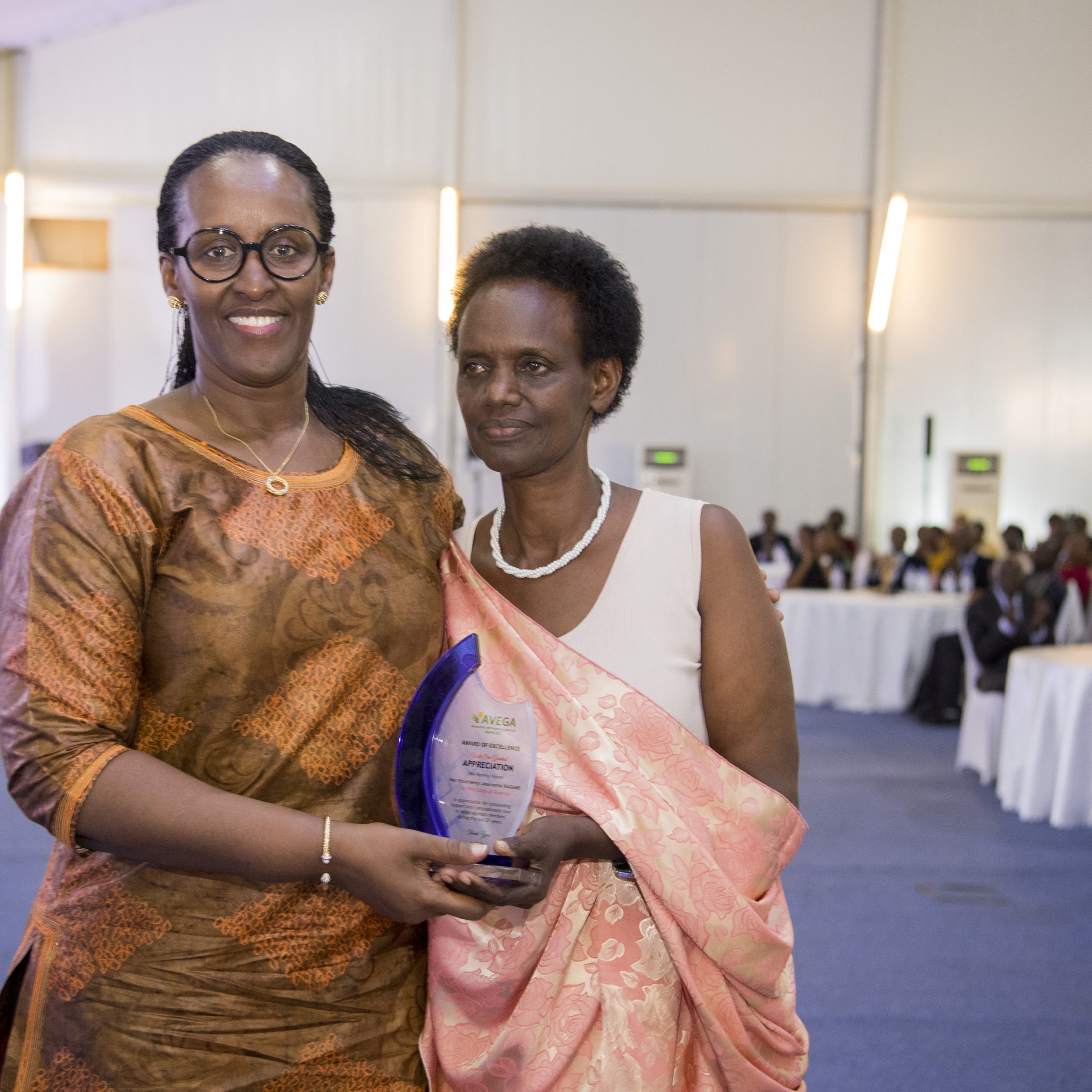 She found a way of getting to her husband who was in a concentration camp to share the good news and tell him that their family will never perish but when she got to the concentration camp, all men had been killed.

“She never gave up. She kept hiding until she gave birth to a baby girl and named her Evai. Luckily, they both survived the holocaust. Her story, like yours, confirms to us that women are really the custodians of resilience and being strong willed,” she said.

“Patience and sacrifice are virtues you have shared with us and the many children you raised and we will continue to nurture them amongst ourselves as a country,” Mrs Kagame said. 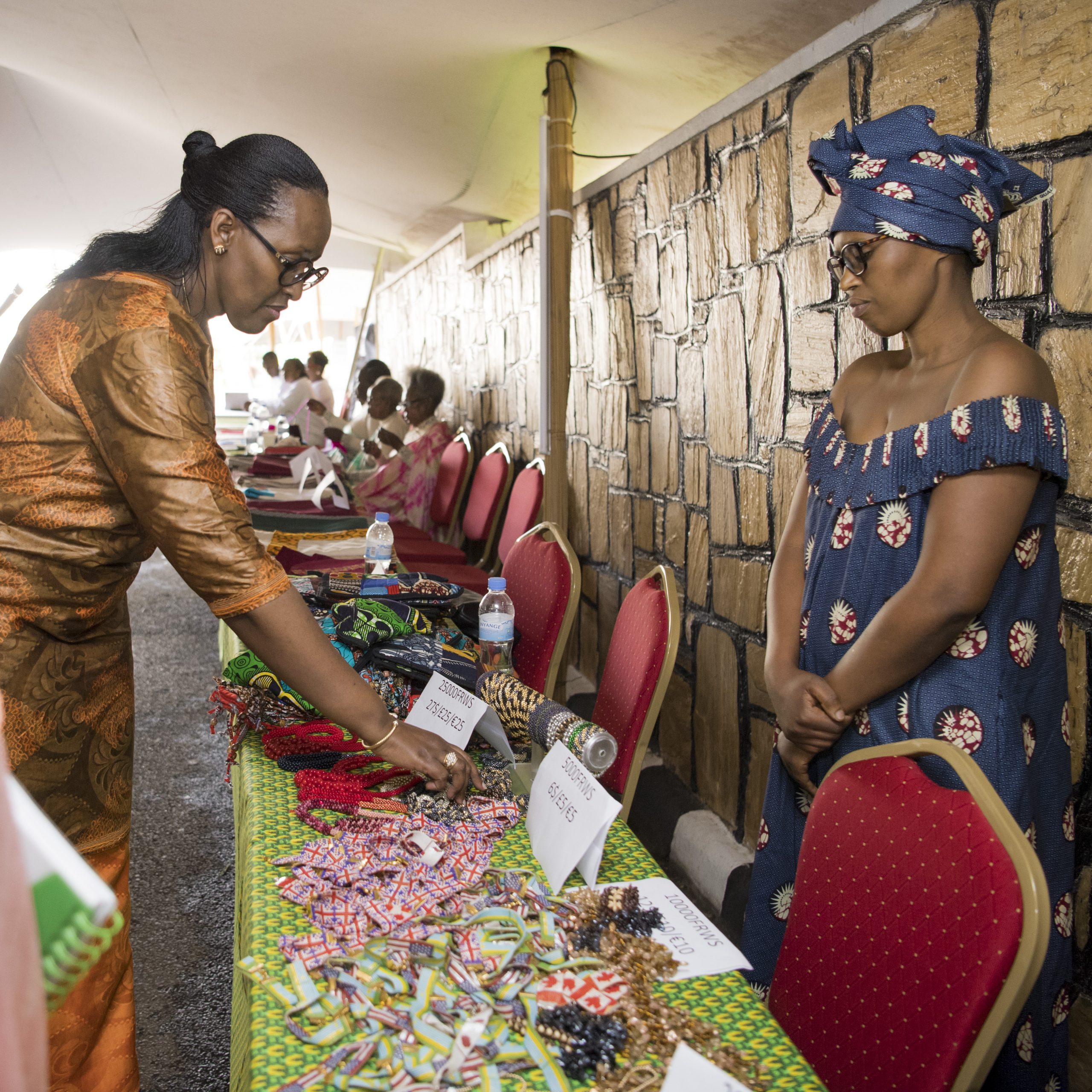 She thanked the group for staying together and working tirelessly to strengthen each other, raise orphans and contribute towards restoring the social fabric, despite their own pain and struggles –something that reflects how strong willed they are.

“As we are always reminded by our leadership, the struggle to liberate the country was won by all of us as Rwandans. Your contribution over the last 25 years confirms how strong willed you are, reflected in your achievements so far,” she said, urging them to consolidate their gains while at the same time guiding young people to follow in their footsteps.

Mrs Kagame urged the genocide widows to continue imparting cultural values and norms among the young people, as they continue to advance in age, in order to prepare young people to be selfless and resilient as they are.

“We have no doubt that you will continue walking with our government towards achieving our Vision 2050 targets which we have set for ourselves as Rwandans. The vision will equally help you to further achieve the goals of your organization,” she said. 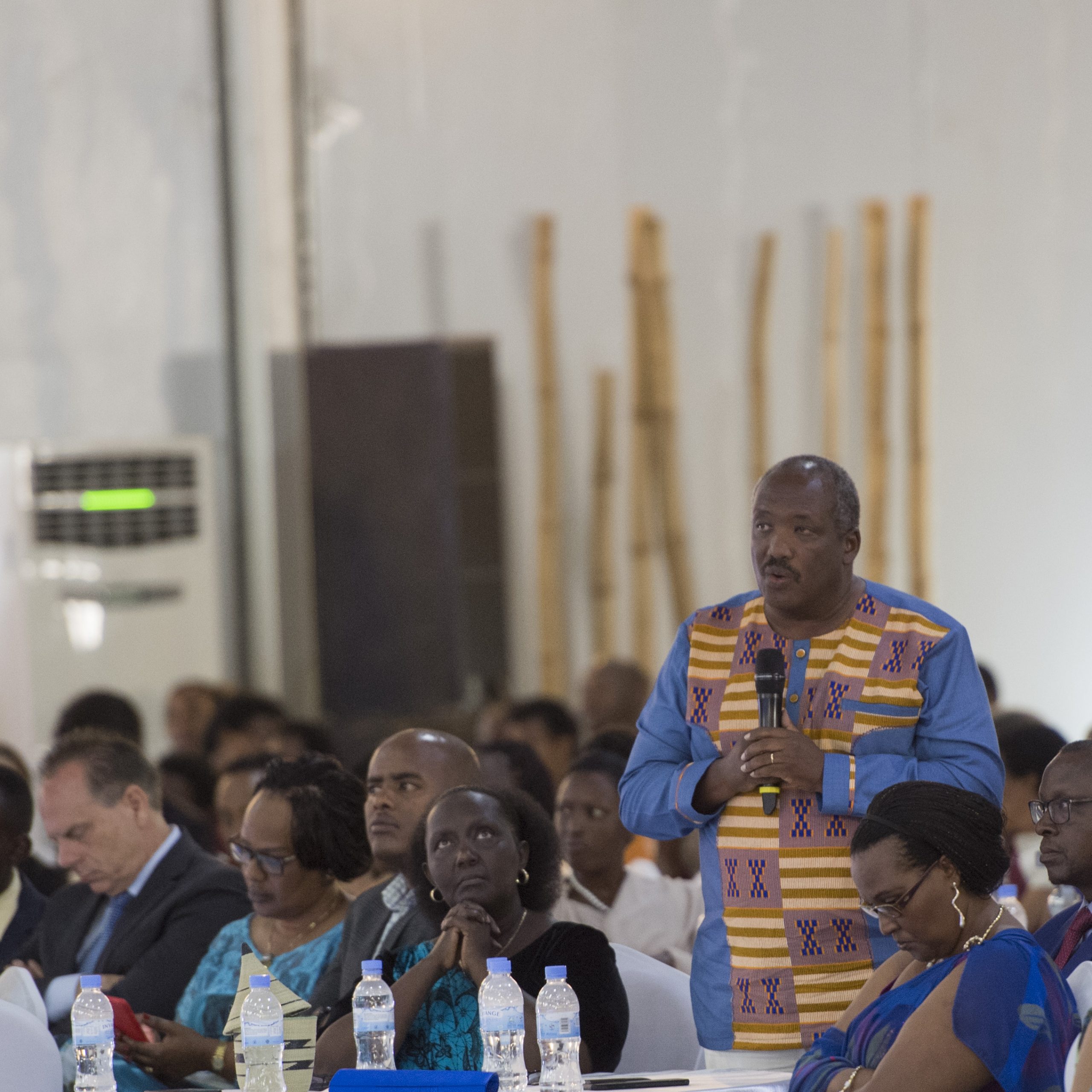 The Minister of Gender and Family Promotion, Soline Nyirahabimana, said that since its founding, AVEGA Agahozo contributed so much to the rebuilding of the Rwandan society, including restoring hope where there was none.

“We want to thank AVEGA for contributing to the government efforts to rebuild the country’s social fabric from scratch, putting aside their own pain to seek solutions for the country’s socio-economic development,” she said, citing Immaculee Kayitesi, as an example of resilience and determination.

Kayitesi, who is one of the pioneers of AVEGA, gave a testimony of how she transformed her life, turning herself into a model farmer employing at least 25 people.

The association president Valérie, Mukabayire thanked the First Lady for regularly advocating for AVEGA, right from its inception to date.

“We thank you for accepting to be an honorary member of AVEGA and for constantly advocating for us. Today, some of us owe our lives to you, having gone through what we went through. We are grateful for you,” Mukabayire said.

Mukabayire highlighted the achievements of the organization over the last 25 years, saying that they have built schools, clinics and houses for members. 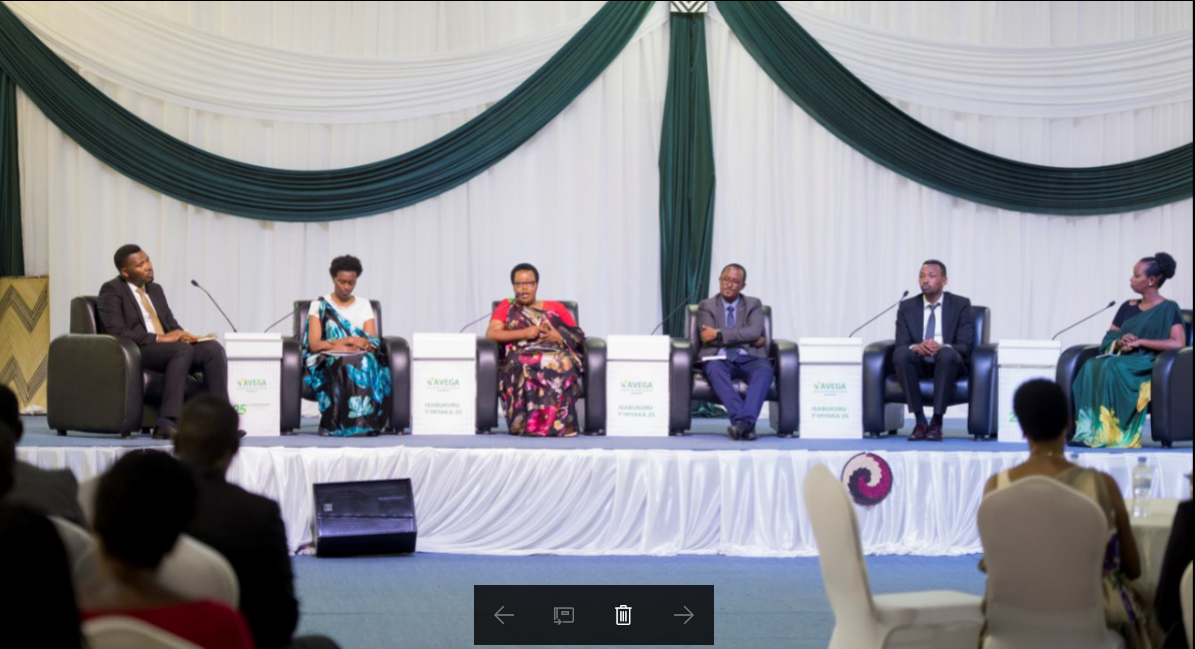 The association has so far built 3 health centres, affording at least 250, 000 people per annum, while 2, 500 people living with HIV/AIDS access medication through these facilities.