Home NewsInternational COVID-19: We Have You In Prayers – Kagame to Boris Johnson
International

COVID-19: We Have You In Prayers – Kagame to Boris Johnson 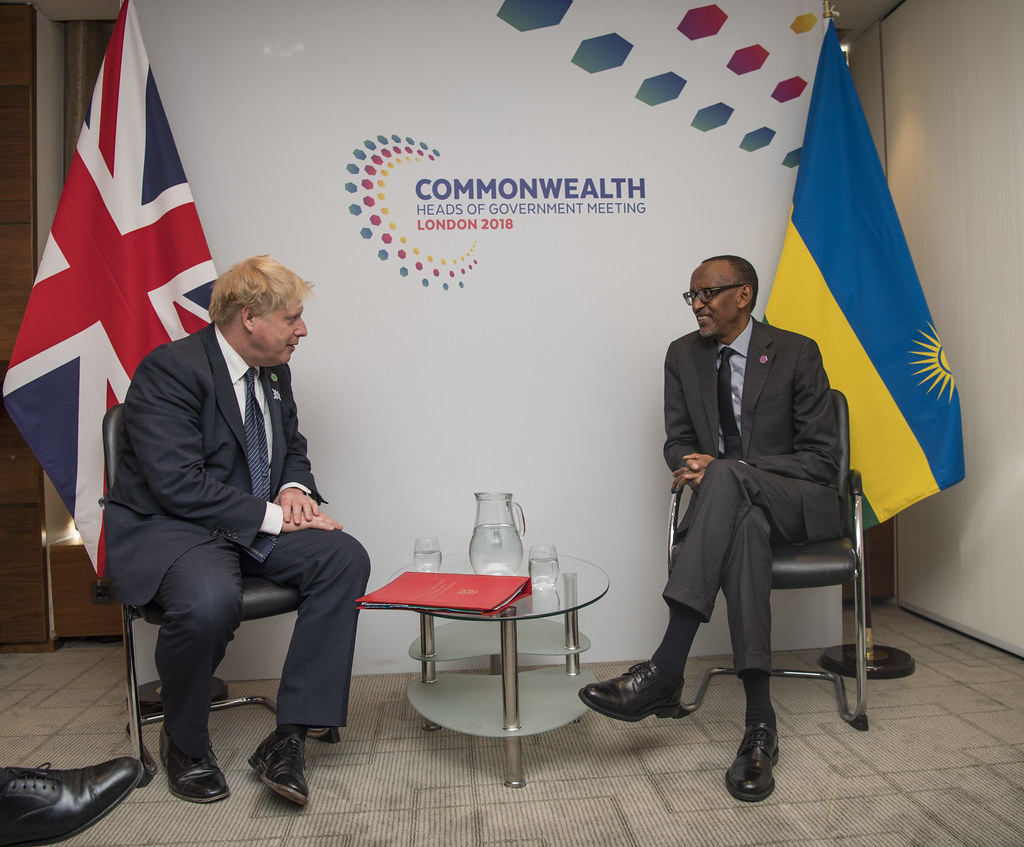 President Kagame(R) with Boris Johnson, ahead of the Commonwealth Heads of Government Meeting (CHOGM) | London, 17 April 2018.

President Paul Kagame has reached out to the Prime Minister of United Kingdom Boris Johnson who is hospitalized with New Coronavirus and wished him a full and fast recovery.

The Head of State said they are praying for Johnson, who was moved to intensive care on Monday, to beat the virus which has caused mayhem across the globe.

“Dear PM @BorisJohnson, as from the beginning, we continue to have you, your loved ones and country in our prayers as we wish you fast and full recovery in this global fight against #COVID19,” President Kagame tweeted.

The PM remains in critical care and was due to spend a second night in intensive care as concerns in Britain over his condition grow, with some fearing that his condition could worsen amid fears of a power vacuum in the country.

The Foreign Secretary, Dominic Raab, is temporarily deputizing for Boris Johnson. Reports say Johnson is not on a ventilator but required oxygen. His office also said that he does not have pneumonia. The 55 year old had said he would continue to run the government while in self-isolation.

“I am confident he will pull through because if there is one thing that I know about this Prime Minister, he is a fighter and he will be back leading us through this crisis in short order,” the Foreign Secretary told the media on Tuesday.

“He’s receiving standard oxygen treatment and breathing without any assistance, he’s not required any mechanical ventilation or non-invasive respiratory support. He remains in good spirits and in keeping with usual clinical practice his progress continues to be monitored closely in critical care,” Raab added.

The UK on Tuesday recorded the highest number of Coronavirus related death with 854 people reported to have succumbed to COVID-19 by press time.

Queen Elizabeth II sent a message of encouragement to Johnson and Carrie Symonds, his pregnant fiancé, wishing them a quick recovery.