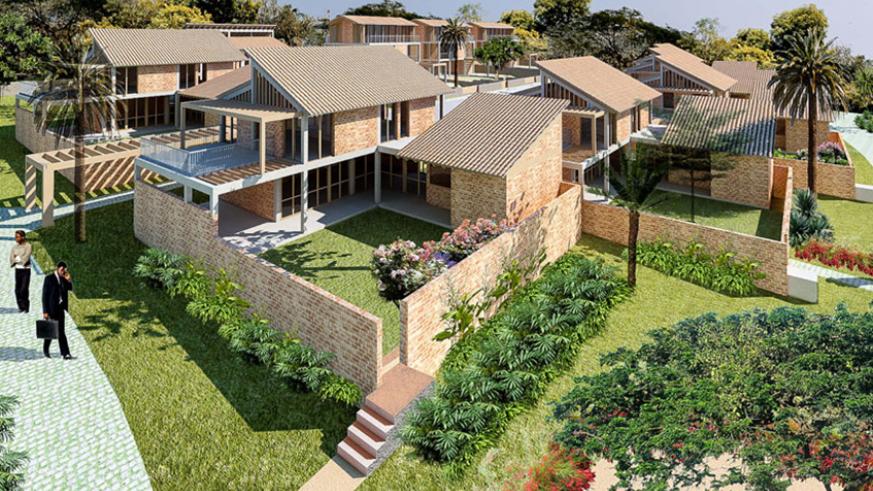 Rwanda and Germany have signed a financing agreement worth more than €52.1million (Rwf53billion) to support sustainable urban development, decentralization and promotion of growth and export-oriented small and medium size business.

The agreement, electronically signed on Monday between Rwanda’s Minister of Finance and Economic Planning Dr. Uzziel Ndagijimana and the Germany Ambassador to Rwanda Dr. Thomas Kurz, is also expected to bring hope to small export business that have been affected by the global coronavirus epidemic.

This funding is expected to push Rwanda economy growth of 8.4% average and create the needed 200,000 new jobs every year from the current 160,000 jobs, as projected by the National Institute of Statistics (NISR).

While in urban development, the funds will add to the already existing public-private partnerships (PPP) which has 15,000 housing units lined up this year, against the 32,000 units demand in Kigali needed every year to bridge existing gap.

“The sustained development cooperation as well as the current agreement illustrates, once again, the mutual trust and excellent relations shared by the Government of the Federal Republic of Germany and the Government of Rwanda,” Dr. Kurz said in a statement.

According to Rwanda’s Minister of Finance and Economic Planning, “This Financing agreement will support Government of Rwanda priority areas which include good governance, Job creation export diversification as well as sustainable urban development.”

In January Germany government offered a financing agreement worth €10 million (Rwf10billion) for to support the construction of green City Kigali, a flagship project that will be developed on 600 Ha in Kinyinya sector.

“Rwanda has decided to fundamentally change the way cities are built by following a holistic and integrated approach to green planning that builds on innovate and future-oriented technologies just as much as on home grown solutions, Minister Ndagijimana said in a previous statement.

Bilateral Cooperation between Rwanda and Germany began in the year 1963, and this cooperation focuses on decentralization and good governance, technical education (TVET), private sector development including export finance, green urban development as well as improved access to energy and digitalization.

Every two years, both countries hold Intergovernmental Negotiations (IGN) to fix the modalities of a new development program. The next IGN for the period of 2020 – 2022 are expected to take place in Kigali in September 2020.

COVID-19: We Have You In Prayers – Kagame to Boris Johnson

Stay At Home, It Could Mean Life Or Death