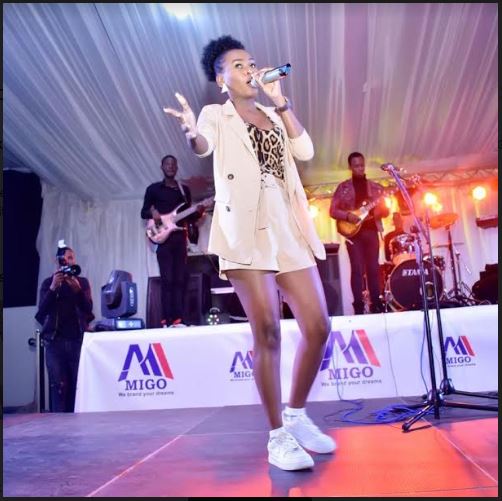 The fast-uprising songbird disclosed the information after being named among 12 semi-finalists to battle for the grand prize.

The grand final was slated to take place last week but due to corona pandemic lockdown, it was pushed for the safety of contestants as they are required to fly to Johannesburg.

Speaking to KT Press, the “For Us” composer revealed that on her behalf, she is confident to win the grand finale though there’s still the challenge of online voting.

“I believe in my music talent and being named among the finalists in such a big continental music competition. It is already a win towards my music career. Although there is still a challenge of people voting via internet and currently I have no idea how it’s done yet I need more votes,” says Alyn Sano.

The Voice Afrique francophone is the French-speaking African version of the reality singing competition The Voice.

Alyn Sano is the only Rwandan in the competition and the first to secure such a position close to the winning line.

The reality singing show commenced in Africa back in 2016 and this year’s third edition winner will walk away with cash and a debut song with a video produced by Universal music group Africa.

Alyn Sano started her music career in church choir but came onto the music scene when she was invited by her idol and tusker project fame winner Hope Irakoze on stage to sing with him.

It was then 2015 when she was dropped from church choir and decided to pursue her solo career in secular music and she is steadily taking over the music scene with her strong vocals.