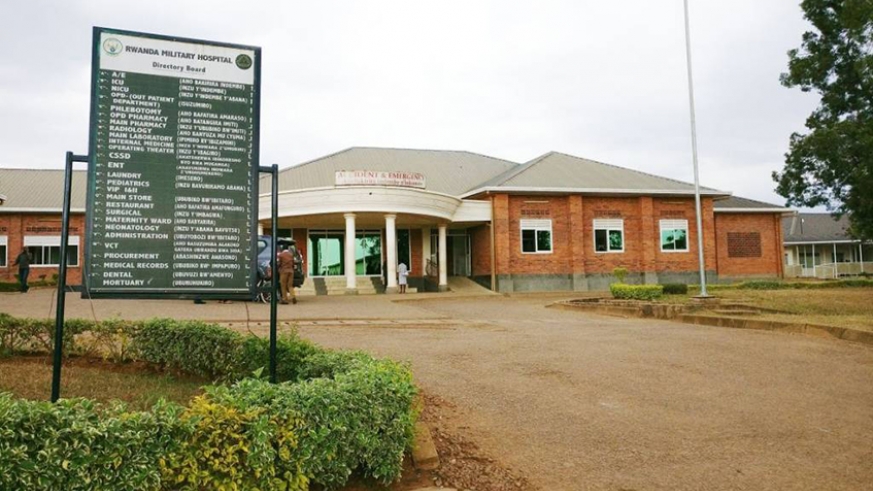 Seven out of eleven people who were injured in the grenade explosion in Ndera Sector, Gasabo district have been discharged from the hospital, the National Police said on Friday morning.

“Seven(07)people have been discharged while four (04) remain admitted at Rwanda Military Hospital and are in stable condition,” police wrote on twitter.

According to Rwanda Police, one person was killed and 11 others injured on Thursday evening following a grenade blast in Ndera Sector, Gasabo district. Police ruled out the incident being terror-related.

“This evening 7 May 2020 at around 17:30 hrs, a grenade: explosion took place at a salon in Ndera Sector, Gasabo District. One person died while 11 suffered injuries (2 serious and 9 minor). The victim has been identified as Tunezerwe Jean Paul,2 5, a resident of Ndera, Gasabo, and regular customer at the salon, according to witnesses,”

“It has been established that when the barber, Niyikiza Pacific, 31, requested him to sit for his haircut. the victim said that he was carrying something in his pocket. which he wanted to show to the barber,” a Police Statement said.

Police further said that inside Tunezerwe’s pocket was a smoke-emitting grenade. On seeing the grenade, Niyikiza immediately told Tunezerwe to get out of the salon and in the process, the grenade detonated.

The area, commonly known as Kwa Nayinzira, on the intersection between Bumbogo and Ndera Sectors, was cordoned off as Police and Rwanda Investigation Bureau sealed off the scene for further investigations.

The evening incident let to a major gridlock on the road to Bumbogo-Azam- Special Economic Zone. Eyewitnesses told KT Press that the victim was not new in the area, with some suggesting that he could have been unaware of what he was holding.

“He probably didn’t know what he had because he wanted the people in the saloon to help him identify it but he accidentally pulled off the detonator. It was a stick grenade,” an eye witness at the scene told KT Press.

Police said the injured, including two children aged 8 and 12, were immediately evacuated to Rwanda Military Hospital for treatment while the dead body was taken to Kacyiru District Hospital for a post mortem.

“Preliminary findings have ruled out terrorism as the motive. Detailed investigations have started in order to ascertain the source of the grenade.” Police said.

This morning made a request to ” anyone who met Jean Paul Tunezerwe yesterday to come out and share with us any information you may have about him. Call 112 or 0788311155 (also on WhatsApp).”