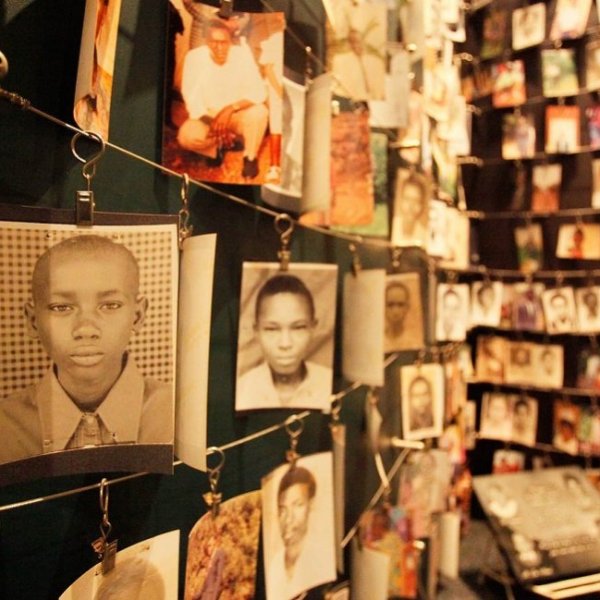 Some of the Genocide victims in Rwanda

The umbrella association of Genocide Survivors’ Association – Ibuka has requested that the tycoon Felicien Kabuga be sent to Rwanda for trial in the community that experienced the worst catastrophe of humanity in the 2oth century.

The world’s most wanted fugitive who is wanted for having armed the genocidaire government which killed over 1 million Tutsi during the 1994 Genocide against Tutsi in Rwanda, Kabuga was arrested in Paris-France on Saturday.

Ibuka finds it legitimate to have Kabuga extradited and be tried in Rwanda.

“As Genocide survivors, we are very happy that the man who was the key reference in the preparation and who invested a fortune into the execution of the Genocide committed against Tutsi was finally arrested,” Naftar Ahishakiye, the Executive Secretary of Ibuka told KT Press on Saturday.

Ahishakiye says that, fof the last 26 years, the association and the Rwandan community at large wished to see him arrested but countries where he had got safe haven “were not willing to arrest him.”

“It is indeed a result of good political will which is taking shape in many countries including France where he was arrested.”

For Ibuka’s Ahishakiye, “the arrest of Kabuga is good, his trial in Rwanda is the primary wish of Genocide survivors. We would wish to have him extradited to Rwanda so that his trial takes place in the community where he committed the crimes that exterminated our families.”

With the arrest of Kabuga in France, Ahishakiye finds that “France has changed. The country first closed the ears to any voice calling for justice, but they are making good progress. I hope to also see the day when France will come out to admit and confess their role in the Genocide against Tutsi.”

Despite having spent several years without making a follow up to Rwanda’s request to arrest Genocide fugitives on its land, France has lastly started working on several cases.

There is currently an estimated 30 files of Genocide suspects under several levels of the judicial process in France.

Felicien Kabuga was indicted for genocide, crimes against humanity, and other serious violations of international humanitarian law.

Kabuga is alleged to be the main financier and backer of the political and militia groups that committed the Genocide against Tutsi in Rwanda in 1994.

Kabuga was co-founder and chairman of the Fonds de Défense Nationale (FDN). Through this organization, Kabuga is alleged to have provided funds to the interim Rwandan government for the purposes of executing the 1994 genocide.
Moreover, Kabuga is alleged to have given logistical support to the Interahamwe militiamen by issuing them weapons and uniforms and by providing them transport in his company’s vehicles.
To bring Kabuga to justice, the United States Government offered a reward to individuals who furnish information leading to his arrest, transfer, or conviction with a promise that all information regarding the identity of any informant would be kept strictly confidential.
Meanwhile, the International Residual Mechanism had earlier committed to trying Kabuga and other top fugitives including Protais Mpiranyi and Augustin Bizimana while all other fugitives could be extradited or tried in the country where they would be arrested.
Contact the Author:
@TabaroJCroix