Home NewsNational The 268 COVID-19 Cases: How Old Are these People?
National

written by Williams Buningwire May 7, 2020 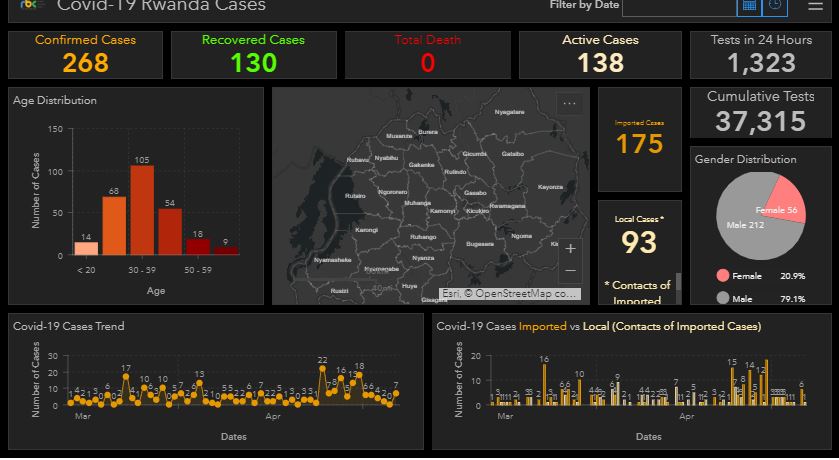 The government of Rwanda has designed a portal that allows the general public to access the A to Z of information about COVID-19 pandemic situation in the country, a platform that is updated on a daily basis.

The rich platform which links the user to the Rwanda Biomedical Centre shows the number of imported cases in comparison with local cases or cases of people who were affected while in the country.

As of May 6, the number of imported cases was 175 compared to 93 of locally infected people or cases of people who did not have a recent travel history. 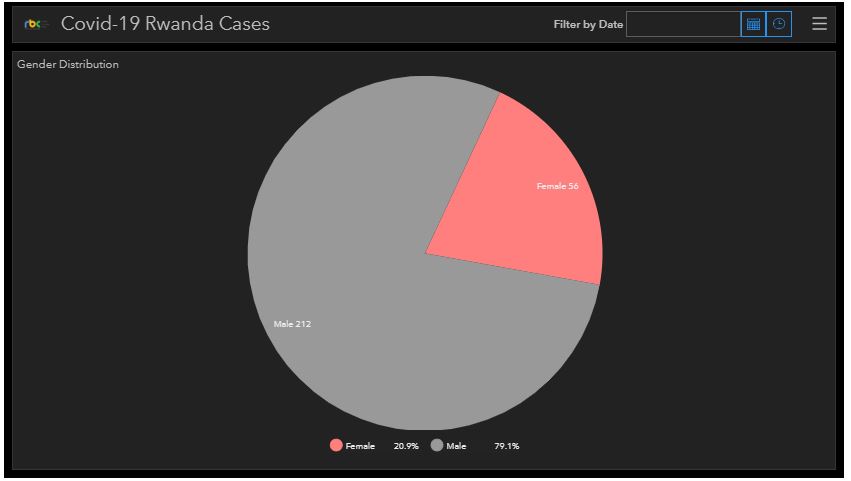 The research from Harvard University scientists indicates that women having two X chromosomes have a large number of immune-related genes compared to men with one X chromosome.

“These X chromosomes give women more robust immune systems to fight of the COVID-19, severe acute respiratory syndrome coronavirus 2(SARS-CoV-2) or a virus is hiding which has the abundant expressions of ACE2 receptors, the portal that allows SARS-CoV-2 into cells,” according to the research.

In other countries, like the United  States of America studies also report that the virus is more severe and deadly in men than women.

“The mortality rates were higher in males compared with female patients at every 10 year age interval older than 20 years,“ the JAMA study reads.

“The research showing the reasons why men are more affected by COVID-19 is underway and it involes doctors from Rwanda Biomedical Centre. They are also finding out why patients in Rwanda have not been in critical conditions like other countries.” Julien Mahoro, a communication specialist in RBC said as of the case of Rwanda.

When you look at the age bracket, the highly active population is the most affected.

Towards and during retirement age bracket 60-69, the affected people are 9 and no case beyond that.

Meanwhile, there are important dates the country will remember in this context of the fight against COVID-19 and one of them is March 22nd, a day after the first lockdown was announced and April 23rd where the country registered 22 cases largely including the cross border truck drivers and their assistants.

April 27 and 30 another 16 and 18 respectively were again registered, always from the same origin.