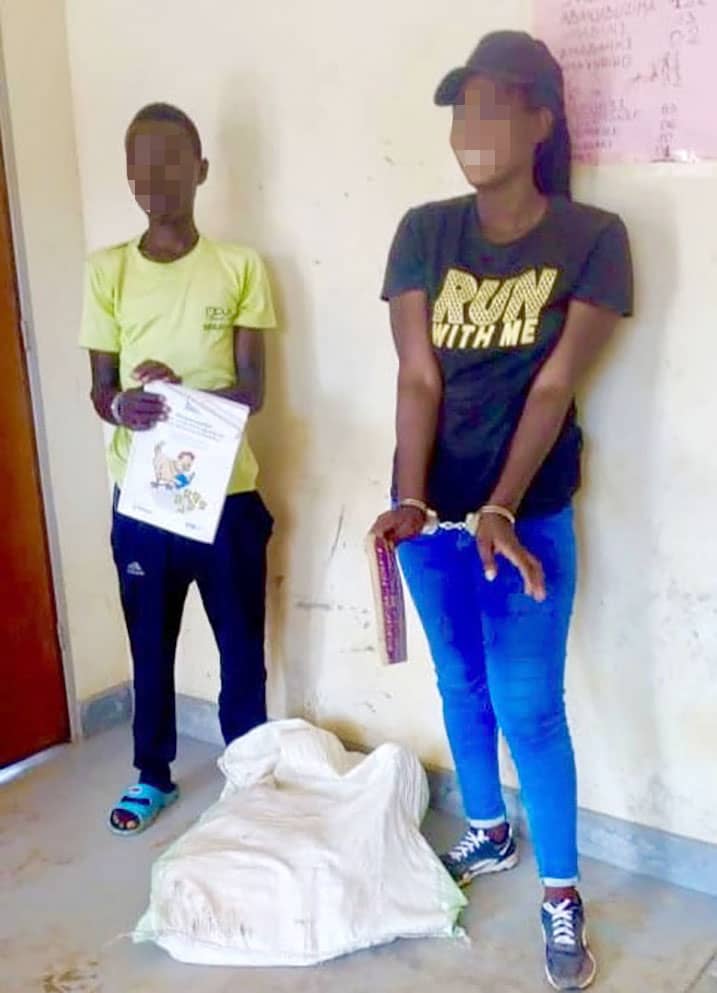 The National Police in Bugesera, Eastern Rwanda has arrested a young lady and a boy aged 25 and 20 respectively for stealing school books, not for the eagerness of learning, not for reselling them.

The two were caught red-handed on Friday morning, after packing 31 books from Gaseke Primary School located in Rilima sector, a couple of Kilometers from Nyamata town.

“This morning, the school neighbors alerted us after seeing the suspects breaking the windows of the school. We found them redhanded; they were packing the books from one classroom,” Chief Inspector of Police (CIP) Hamdun Twizeyimana, the Police Spokesperson in Eastern Province told Kigali Today, our sister website.

“They confessed that they wanted to use the books’ papers to make envelops that they would sell to retailers in their hometown who use them to cater for clients.”

The suspects said the spokesperson, were prioritizing big size books of English and Mathematics, which would be “row materials” for bigger envelops, and this would allow them to “reap big” from them.

In Rwanda, the polythene bag was banned for nearly two decades. The paper and any biodegradable material is most used for shopping.

However, cases of theft of the kind which target a precious material where the government injects millions every year, are not common.

“Teaching and learning materials are valuable resources. Hence, they should be protected from theft or damage. We thank the local government, the neighborhood of the school as well as security organs for the continued collaboration,” said Dr, Erenee Ndayambaje, Director General of Rwanda Education Board(REB) which supplies books to public schools, free of charge.

According to Article 166 of Rwanda’s Penal Code of the year 2018, any person convicted of theft is liable to
imprisonment for a term of not less than one (1) year and not more than two (2) years and a fine of not less than one million Rwandan francs (FRW 1,000,000) and not more than two million Rwandan francs (FRW 2,000,000), community service in a period of six (6) months or only one of these penalties.

The case of the two suspects was handed to the Rwanda Investigation Bureau(RIB) for further management.