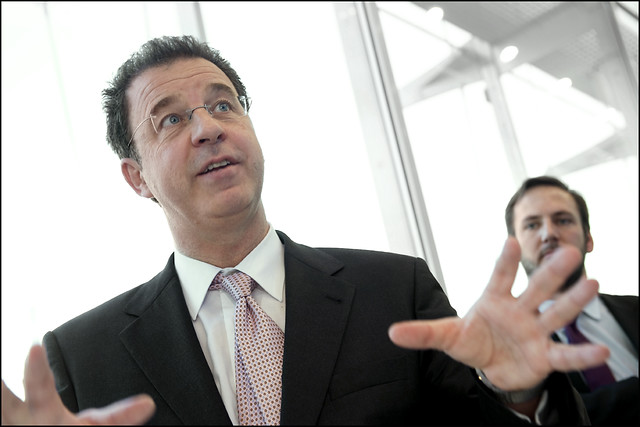 When the International Residual Mechanism for Criminal Tribunals (IRMCT) Chief Prosecutor Serge Brammertz visited Rwanda in June 2019, he promised to bring justice to fugitives accused of committing the 1994 genocide against the Tutsi.

Brammertz yesterday told the national broadcaster that he has executed his promise of bringing one Rwandan genocide suspect, Felicien Kabuga to justice but more of them will be on the list soon.

These include Protais Mpiranya, a former presidential guard head in Juvenal Habyarimana’s government, whom the UN prosecutor says was located in South Africa but the process of his extradition has not been very successful though hope remains in cooperation.

“We had located him (Mpiranya) in South Africa and even though the cooperation didn’t work the way we wanted, we have not given up. We will continue working on that case. I am not pessimistic,” Brammertz said.

“There are a number of good leads (on the cases above) we are working on, but work goes on and we will continue hunting those fugitives,” Brammertz said yesterday on Rwanda’s national broadcaster.

In his message to remaining fugitives, Brammertz also said that there is modern technology being used to track them and they should be aware that soon they will also be arrested as it was in the case of Kabuga- who was tracked using telephone and financial data gathered from cooperation between UK, France, Belgium and Rwanda

“Kabuga has used different identities but with cooperation we have managed to arrest him. If others are listening to this message, we are coming for you and we have interesting leads in relation to other fugitives we are looking for,” Brammertz said.

How Kabuga was arrested

Brammertz said that after assuming office last year, he started changing guard in the investigation teams that were following up on the Kabuga case.

“We started the investigation from the last known location of Kabuga which was in Germany. I put out a new team including Interpol, Europol and we used recent technology in tracking all information in his financial transactions,” Brammertz revealed.

For more than a year of collecting information on his whereabouts, the tribunal came to a conclusion that Kabuga was in Europe and most likely in the United Kingdom, Belgium or France.

“Over the last two months, we came to the conclusion that it was very likely he was in France and in the region of Paris, that’s when we even intensified cooperation with the French authorities and it’s only a few weeks ago when we had a clear picture of his physical hideout,” he said.

Without revealing details on the physical arrest scenario, Brammertz said French authorities and Paris prosecutor general put an operation in place and they have been very instrumental in locating this apartment where Kabuga was which resulted to a successful arrest operation.

Brammertz said that cooperative Justice by all services and key player countries and international investigation organs was the reason to Kabuga’s arrest and called more of such efforts to bring to book other Rwandan genocide suspects.

“It really shows that once you have international cooperation working well, colleagues in Kigali working closely with my office and with Interpol  and with support from Europe especially UK, France and Belgium who put together the latest information allowing us to locate the fugitive in France,” he said.

Don’t give Up Rwanda

Though it has taken many years to nab Kabuga, the UN Chief Prosecutor gave hope to Rwandans to not give up on searching for fugitives using an example of Yugoslavia war crimes fugitive like former Bosnian Serb President and Serbian Commander Radovan Karadzic and Ratko Mladić who had gone missing for year but were finally caught up by justice in 2008 and 2011 respectively.

Brammertz noted that though international justice can be slow at times but at the end of the day, if all believed it, justice can prevail.

“If justice is to be successful, we need the international community, government to be supportive just like the case of Kigali, London, Paris and Brussels who immediately executed our requests,” he said.