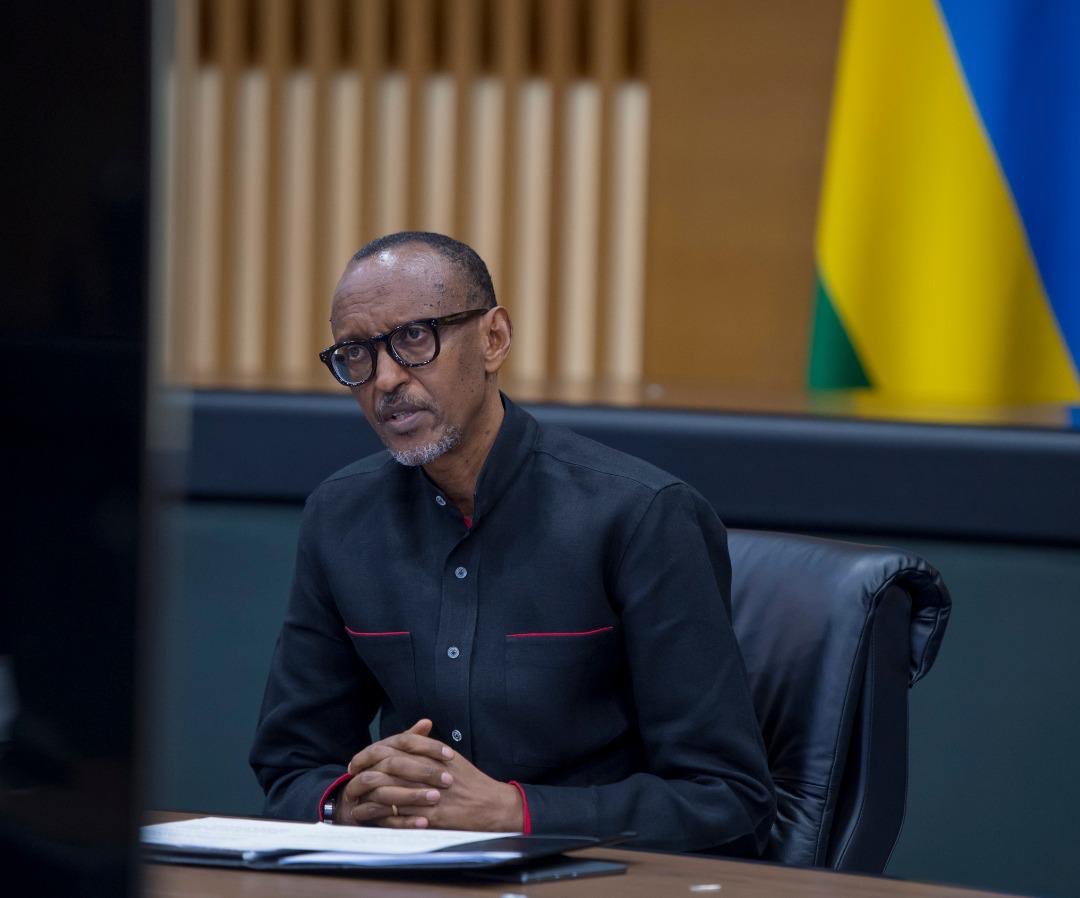 President Paul Kagame says Africa will continue counting on China and other partners to grant African countries with the necessary fiscal space to overcome the impact of the New Coronavirus in a mutually beneficial way.

President Kagame made the comments on Wednesday while addressing the Extraordinary China-Africa Summit on Solidarity against COVID-19 on the invitation of President Xi Jinping of China and President Macky Sall of Senegal, the Co-Chairs of the Forum on China-Africa Cooperation.

In his speech, President Kagame said that the strength of the bond between Africa and China is clear and was manifested during the COVID-19 outbreak.

“The solidarity we have seen during this difficult time has once again demonstrated the productivity of the Forum on China-Africa Cooperation, whose 20th anniversary we will mark later this year,”

“The Government of the People’s Republic of China, and the Chinese private sector, provided crucial supplies of testing materials and medical equipment in Africa, when it was needed most. This effort has saved lives, and continues to do so,” President Kagame said.

The Head of State thanked the African Union Commission and the Government of Ethiopia, for the key role they have played, on behalf of continent as a whole, to distribute the materials and at the same time thanked China for its global support for the fight against COVID-19.

“We also appreciate China’s recent 2-billion-dollar funding pledge for COVID response, as well as its support for the G20 debt initiative,”

“Africa counts on China’s continuing support for ensuring adequate fiscal space for African countries during this period of crisis,” he added. 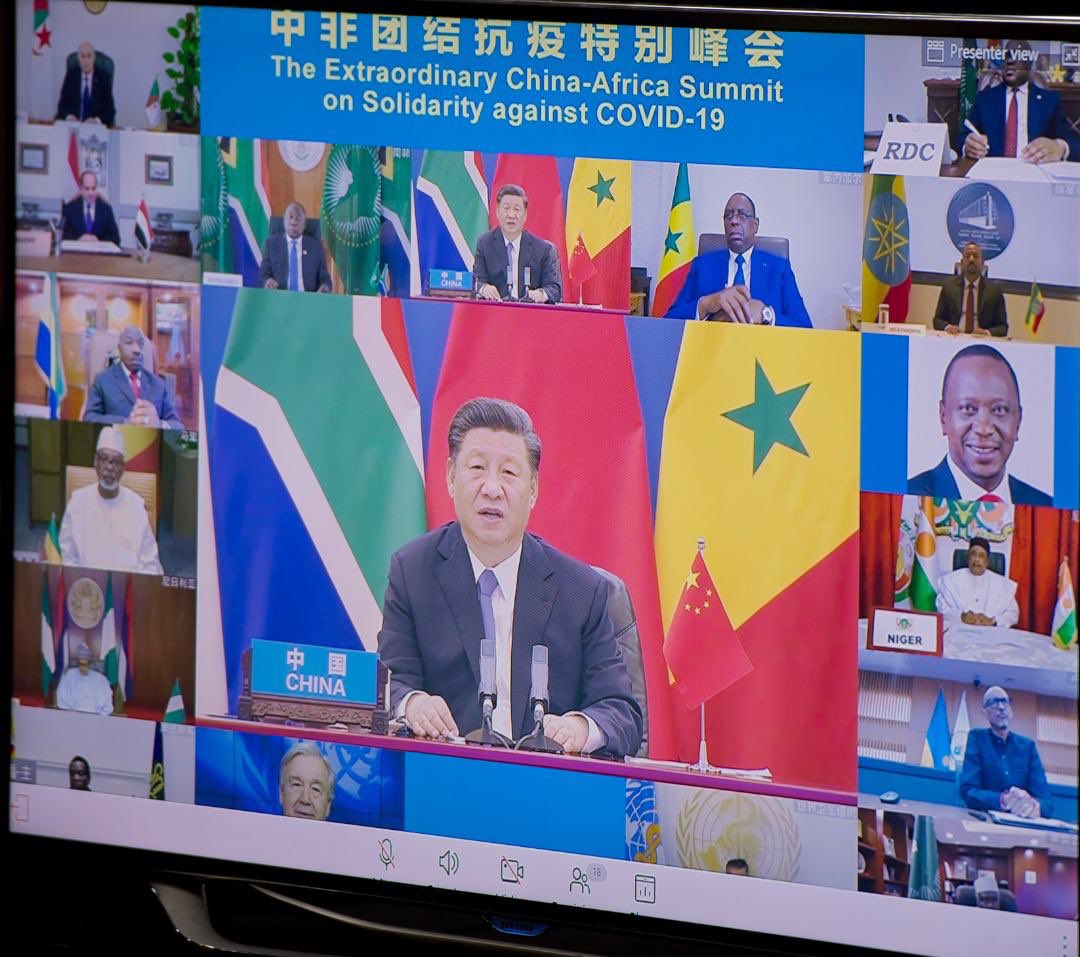 President Kagame said that for that to be effective, these measures would be preferred as additional, so as not to affect existing and new programs.

“It is also important to pursue this dialogue on a basis of mutual benefit. Africa has the responsibility to make the most of these initiatives,”

President Kagame, who has in recent months showed support for WHO and Dr Tedros, amid global blame games, said that the global body remains central to the fight against COVID-19.

“I thank our brother Dr Tedros for joining us today, and for his continued leadership,” he said, adding that “the resolutions of the World Health Assembly will guide our way forward, in terms of identifying lessons learned for the future.”

He said that Africa’s global position is sustained by harmonious and mutually beneficial relationships with all of her partners around the world.

On his part, President Xinping called for continued solidarity in a bid to defeat COVID-19, making some commitments, including building the Africa Centre for Disease Control (CDC) headquarters.

He said that the sudden onslaught of COVID-19 has taken a heavy toll on countries around the world, with the loss of several hundred thousand precious lives, suggesting that the meeting observes a moment of silence for the lives lost.

“In the face of COVID-19, China and Africa have withstood the test of a severe challenge. The Chinese people have put up a fierce fight and made enormous sacrifice to bring the situation in China under control,”

“Still, we remain mindful of the risk of a resurgence. In the same spirit, governments and peoples in Africa have put up a united front and, under the effective coordination by the African Union, have taken strong measures to effectively slow the spread of the virus. These are indeed hard-won results,” he said.

He pointed out that in the face of COVID-19, China and Africa have offered mutual support and fought shoulder to shoulder with each other.

“China shall always remember the invaluable support Africa gave us at the height of our battle with the coronavirus. In return, when Africa was struck by the virus, China was the first to rush in with assistance and has since stood firm with the African people,” President Xinping said.

“In the face of COVID-19, China and Africa have enhanced solidarity and strengthened friendship and mutual trust. Let me reaffirm China’s commitment to its longstanding friendship with Africa. No matter how the international landscape may evolve, China shall never waver in its determination to pursue greater solidarity and cooperation with Africa,” he said. 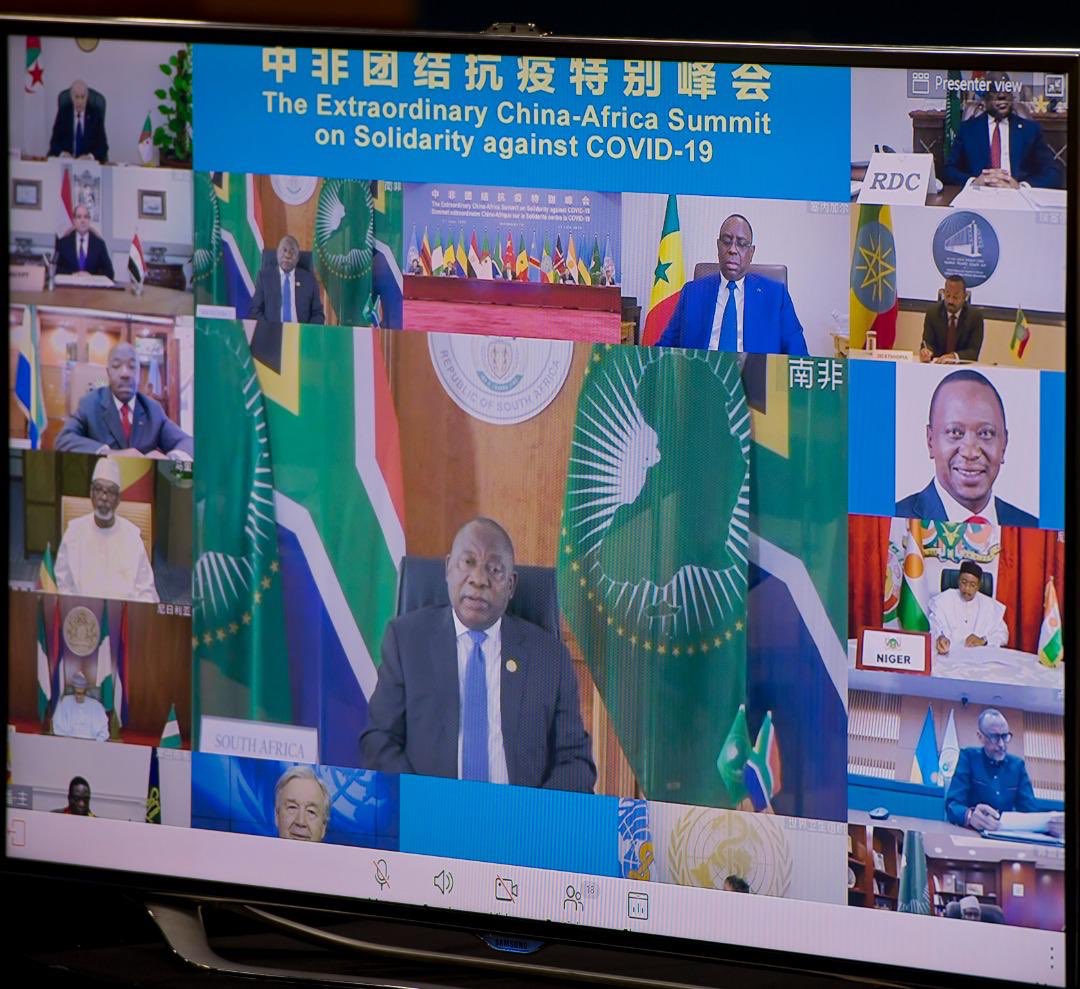 “Together, we will build a China-Africa community of health for all. We pledge that once the development and deployment of COVID-19 vaccine is completed in China, African countries will be among the first to benefit,” he added.

Within the FOCAC framework, President Xinping said that China will cancel the debt of relevant African countries in the form of interest-free government loans that are due to mature by the end of 2020.

“For those African countries that are hardest hit by the coronavirus and are under heavy financial stress, China will work with the global community to give them greater support, by such means as further extending the period of debt suspension, to help them tide over the current difficulty,”

“We encourage Chinese financial institutions to respond to the G20’s Debt Service Suspension Initiative (DSSI) and to hold friendly consultations with African countries according to market principles to work out arrangements for commercial loans with sovereign guarantees,”

“China will work with other members of the G20 to implement the DSSI and, on that basis, urge the G20 to extend debt service suspension still further for countries concerned, including those in Africa,” he said. 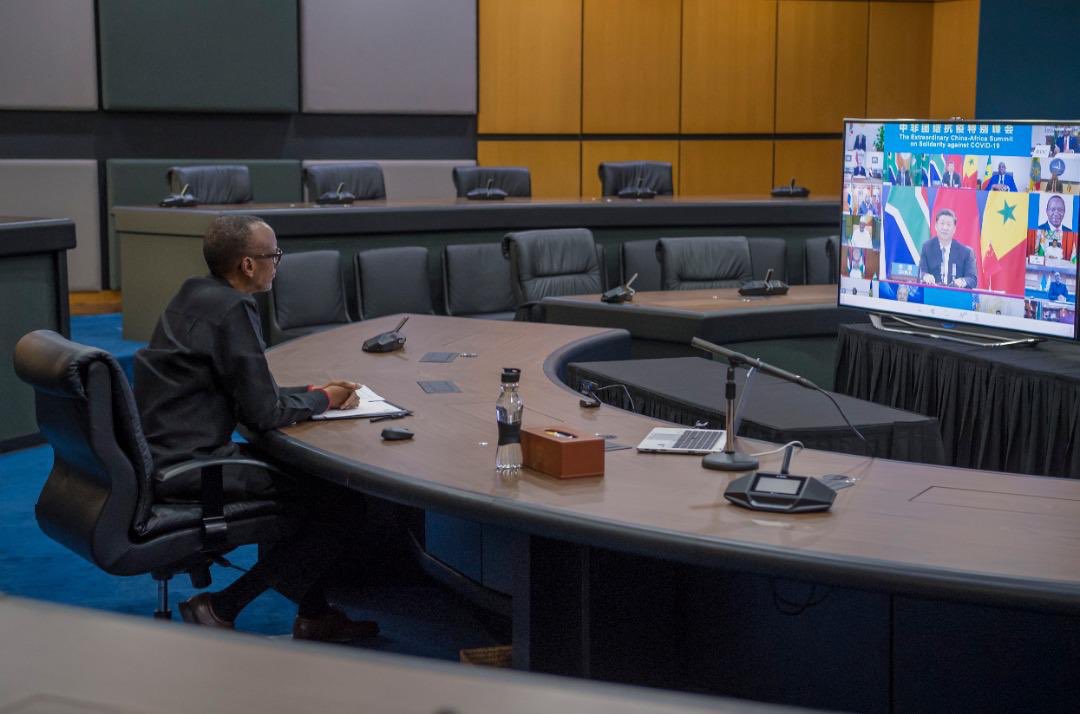 He further said that China supports Africa in its effort to develop the African Continental Free Trade Area and to enhance connectivity and strengthen industrial and supply chains.

President Xinping said that China will explore broader cooperation with Africa in such new business forms as digital economy, smart city, clean energy, and 5G to boost Africa’s development and revitalization, among others.