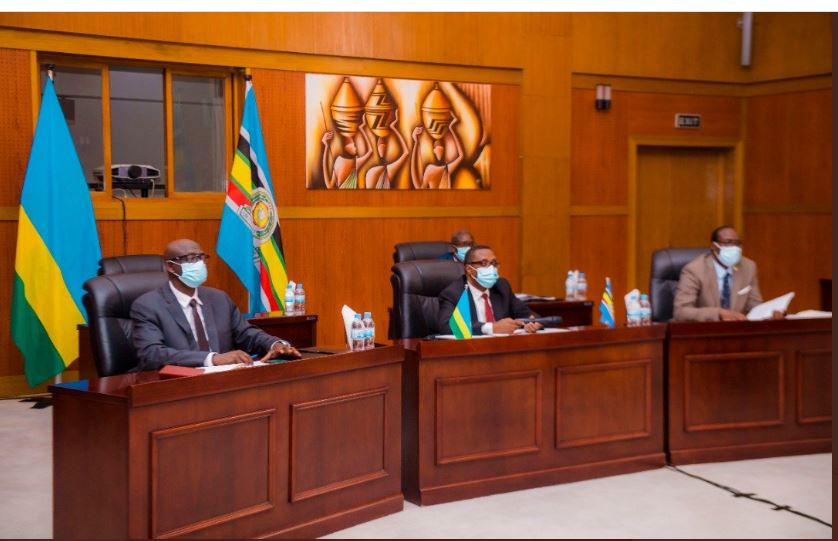 Rwanda and Uganda went back to the drawing board on Thursday to address key issues affecting relations between the two countries and assess progress in the implementation of resolutions made by the 4th Quadripartite Summit of Heads of State at Gatuna/Katuna Common Border on February 21.

Talks between the two countries, which are facilitated by Angola and Democratic Republic of Congo (DRC), commenced virtually after they were put on hold since February following the New Coronavirus outbreak.

The two sides tabled outstanding issues on Thursday during the 4th AdHoc Commission with the Rwandan delegation led by the Minister of Foreign Affairs and Cooperation Dr Vincent Biruta while the Ugandan delegation is led by his counterpart Sam Kutesa.

In his opening remarks, Dr Biruta said there has been some progress since the last meeting of Heads of State but there are serious issues that Uganda is yet to address.

“Since the last meetings of the Quadripartite Summit and Ad Hoc Commission we have witnessed some progress including the expected release of some of the Rwandans who were detained in Uganda and we took note of the deregistration of the Self-Worth initiative NGO which was used to clandestinely facilitate activities of anti-Rwanda elements operating in Uganda,”

“Despite the above progress on the implementation of our Heads of State decisions, there are still activities of terrorist groups operating in Uganda whose primary mission is to destabilize Rwanda,” Dr. Biruta said. 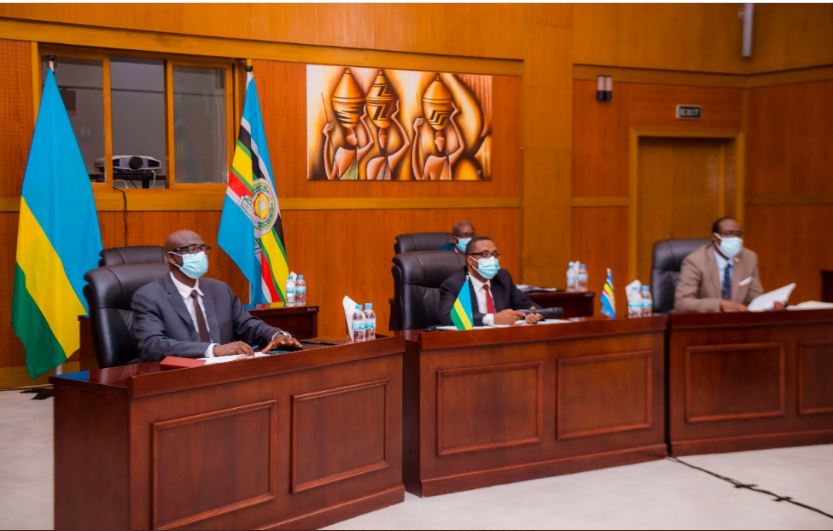 He pointed out that the outfits of that Self-Worth Initiative still operate RNC cells in Uganda, something he said goes against the Government of Uganda previous commitment of disbanding the activities of the said criminal organization.

“There is a trend of on-going mobilization activities in different parts of Uganda to support RNC and other different negative forces that continue to receive the support from Uganda’s Security Organs,”

“The harassment and persecution of Rwandan nationals in Uganda continues to grow and the Government of Uganda seems to keep denying its role in these regrettable acts. For example, on 18th May 2020, two Rwandan women were handed over at the border with Uganda after being severely beaten by Ugandan Security Operatives while on their way back,” he said.

The Minister of Foreign Affairs also said that Rwandans reported to be detained at Security detention centres continue to be denied consular visits and are not produced before any courts of law to stand trial. 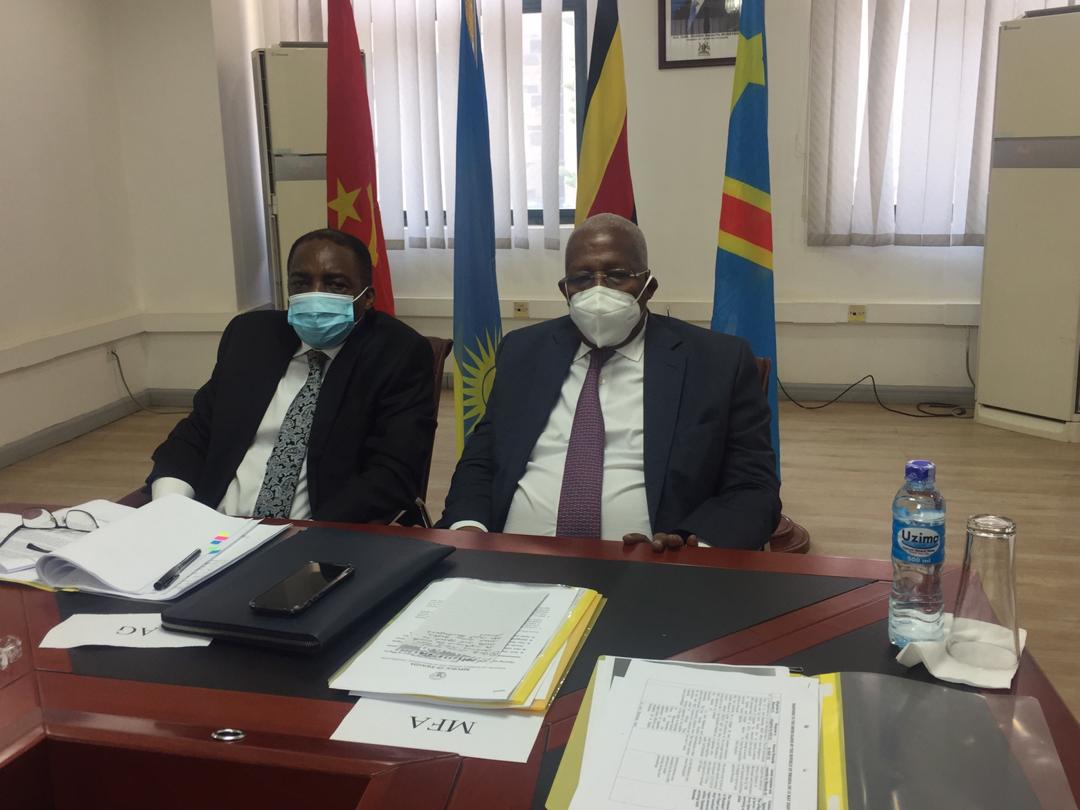 He also said that continuous aggressive media propaganda against the Government of Rwanda by different media outlets in Uganda including some that are reportedly state-owned Media outlets is still ongoing.

“In our 3rd Ad Hoc commission meeting, both parties committed to protect and respect human rights of nationals of either party and we requested for investigations into the death of some of our nationals,”

“To this day, we are yet to receive convincing responses for some of those cases. In addition, both parties committed to further verify the number of detained nationals of either party in each other’s country and to report through a Note Verbal in three weeks’ time,” he said.

“You would recall that, furthermore, the Government of Rwanda formally wrote to the Government of Uganda notifying the latter about some specific issues related to the activities carried out by Rwandan rebel groups on Ugandan territory,”

“Up to this day, there is no tangible response/ clarifications provided from the Ugandan side on the efforts to verify the allegations presented by Rwanda,” Dr Biruta added. 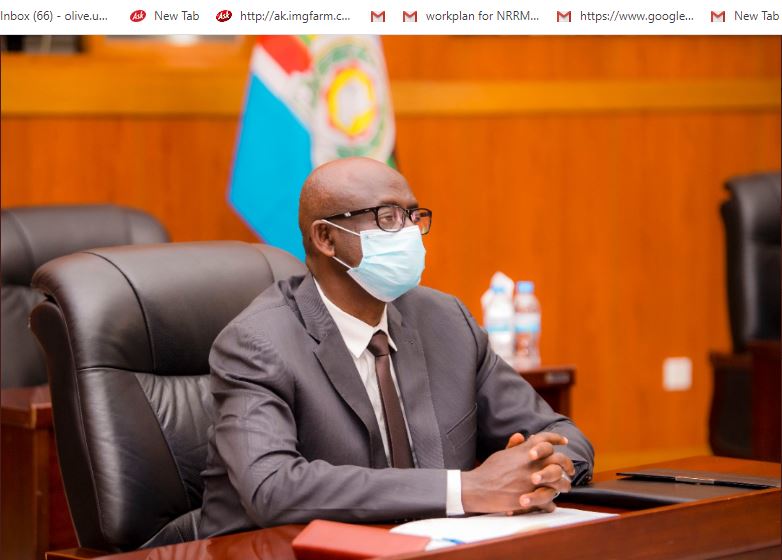 He said that it is Rwanda’s desire that the fourth meeting of the Ad Hoc Commission will come up with lasting solutions to address the issues the two countries face.

“I am convinced that this meeting will therefore take decisive actions to address the identified issues between our two sisterly countries,”

“It is in this brotherly spirit that I look forward to having cordial and fruitful deliberations towards the normalization of our relations for the benefits of our citizens and the region at large,” Dr Biruta said.

“Since the Katuna summit, Uganda has investigated the allegations by Rwanda and responded to them. Our responses have been shared with the co-Facilitators,”

“Notably among them was de­ registration of Self-Worth Initiative, a Company Ltd by guarantee that Rwanda had called an NGO allegedly involved in activities aimed at destabilizing Rwanda,” Kutesa said. 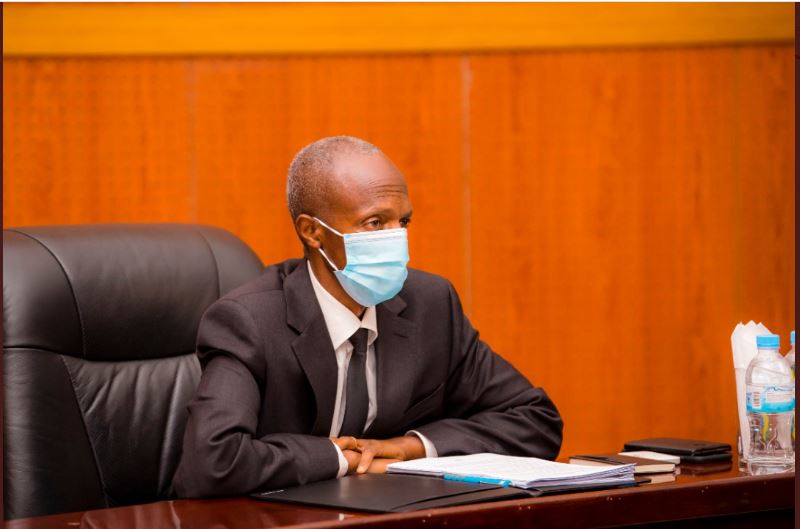 He said that the deregistration was done on March 12 and officially announced in the official gazette on March 16, 2020 and the following day, on 17th March 2020, the Government of Rwanda was officially informed.

He said Uganda has continued to restrain its officials and media from propagating hostile stories against Rwanda.

Kutesa also said that Uganda is set to release 130 Rwandans while 310 Rwandan nationals will remain in Ugandan jails and charged in courts.

“Last month, His Excellency the President of Uganda pardoned 130 Rwandans who were in detention, serving time for various offences committed. These prisoners have now been processed and on Monday and Tuesday next week, we will be ready to hand them over to the Rwanda authorities at Cyanika and Mirama Hills border points,”

“I request that the relevant Rwanda authorities are present to receive them. With the pardon of these prisoners, 310 Rwandan nationals charged with capital offenses will remain in custody. The details of those in detention will be shared with the Government of Rwanda,” Minister Kutesa said.

He said that on February 21, Uganda signed the Extradition Treaty with Rwanda, putting to rest the claim that Uganda was not keen on having Rwandan nationals on Ugandan territory accused of crime repatriated home to answer for their crimes. 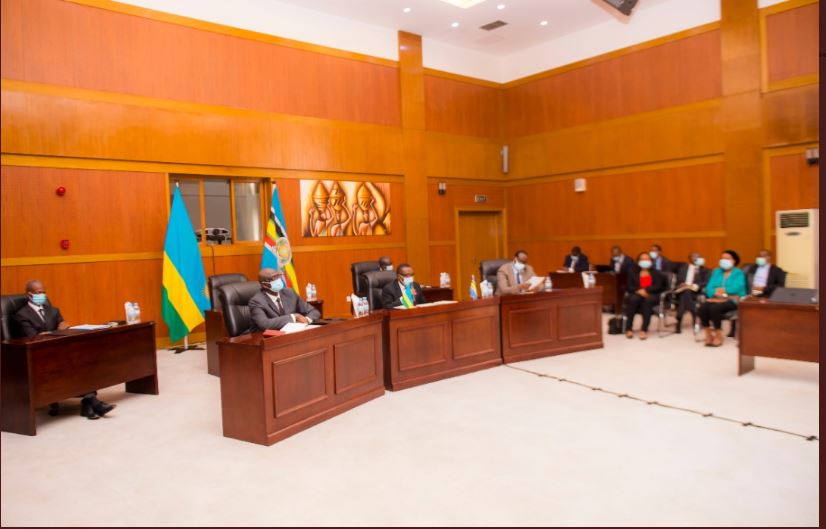 He however said that despite Uganda’s demonstrable steps, Rwanda has not lived up to the same spirit.

“Espionage and other malignant activities, which undermine the national security of Uganda have continued unabated. These activities are unacceptable. We have continued to apprehend individuals, including those with falsified documents that have been involved in these unlawful acts,” Kutesa said.

Kutesa claimed that Recently Rwanda released 13 Ugandans from Nyagatare Prison and “hurriedly deported them on 23rd April 2020, yet these were not on any of the two lists Rwanda had shared with Uganda earlier.”

“As we meet today, Ugandans like Benjamin Nabimanya, Chris Muyambi, Nicholas Muhanguzi, Colbert Muhanguzi, Bosco Nkwasibwe, Deuriano Orikiriza and Siliaco Orishaba and others remain in detention. These have not appeared on any lists,” Kutesa said.

He said that Uganda welcomes the release of the 13 and urges Rwanda to “demonstrate the same spirit demonstrated by Uganda, regarding Ugandans detained in Rwanda.” 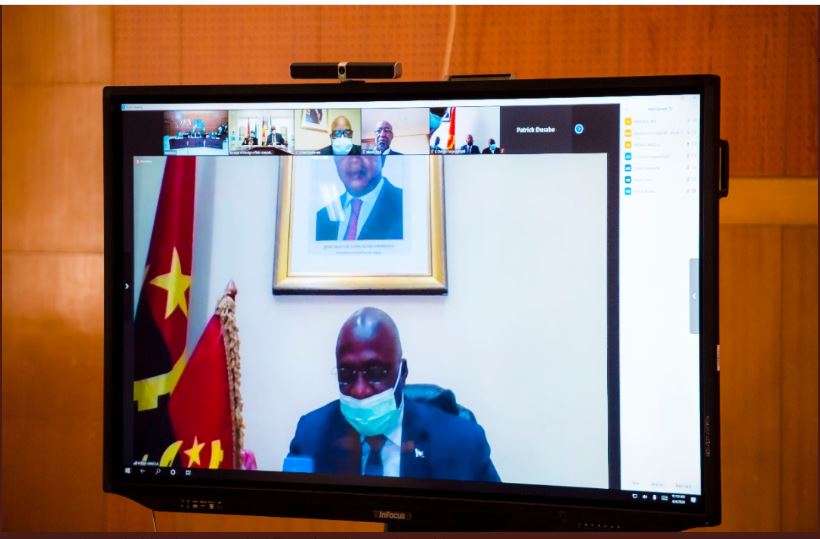 Kutesa also said that Rwanda security personnel have continued to kill Ugandans along the common border, citing some cases of individuals which Rwanda said were smugglers.

“I cannot recall in recent times the world over, where crossing a border constitutes a death sentence. We have consistently called for investigations into the murder of our people. We have also called for the perpetrators to be brought to account, but that has not happened,” he said.

Minister Kutesa further said Uganda’s border has remained open to goods and services from Rwanda, except the movement of people, which has affected all nationalities because of COVID-19 pandemic, adding however that Rwanda has never reopened the Gatuna border.

The facilitators were represented by Gilbert Kankonde Malamba, the DRC Deputy Prime Minister and Minister of Interior, Security and Customary Affairs and Amb.  Tete  Antonio, the new Minister  of  External  Relations  of Angola.