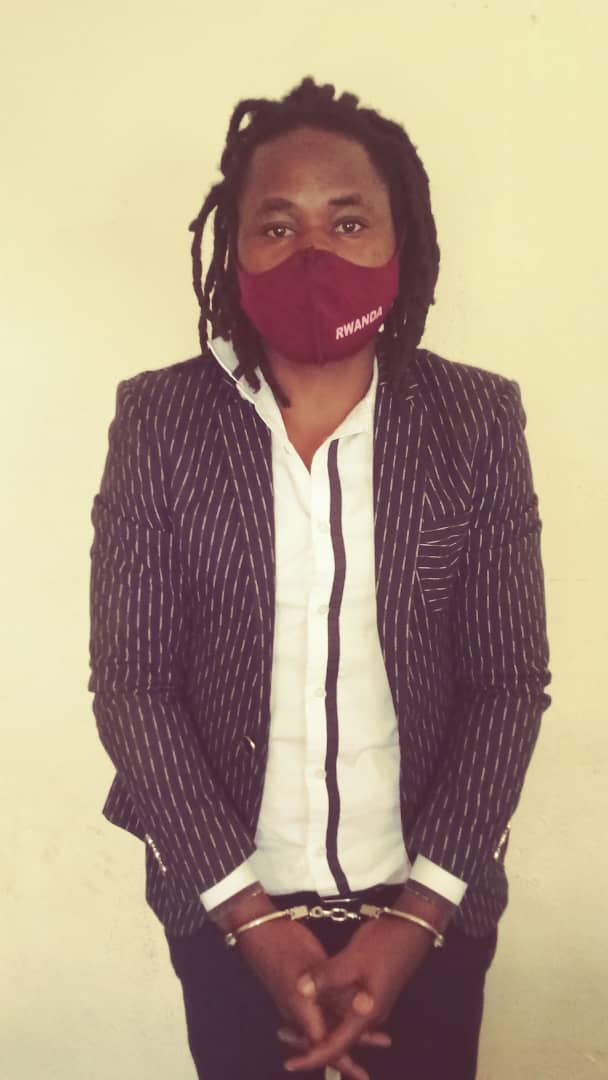 Rwanda National Police (RNP) warns the general public against publishing or spreading rumours, which is punishable by law.

This comes after one Ruben Hamuli, 26, was arrested on Sunday in Rubavu District for allegedly publishing false information related to his recent arrest, with intent to tarnish the image of RNP and the country in general.

RNP spokesperson, Commissioner of Police (CP) John Bosco Kabera said that Hamuli used his twitter page to make false claims that he was wrongfully arrested and accused of violating the government directives meant to prevent further spread of COVID-19.

In his tweet on Sunday, Hamuli (@UMWAN_WA_YAKOBO) claimed that he purchased something to eat in a supermarket, and that when he tried to eat it he was arrested by the Police for not wearing a facemask.

He further claimed in the same tweet that he was put in a vehicle-Coaster where guidelines on COVID-19 were also not followed as there was no social distancing.

“Hamuli was found on the street in Rubavu town walking without a facemask, arrested and put in a Coaster with eleven other violators, taken to Umuganda stadium where people are educated on the pandemic and safety practices before they are released.

So, claims that he was eating or was in a vehicle where social distancing was violated are false and amount to ‘publication of rumours’ as stipulated under Law Nº 60/2018 of 22/8/2018 on prevention and punishment of cyber crimes, especially in article 39,” CP Kabera said.

The article states that “any person, who knowingly and through a computer or a computer system, publishes rumours that may incite fear, insurrection or violence amongst the population or that may make a person lose their credibility, commits an offence.

Hamuli, after realizing that he was identified, again took to twitter to dismiss his earlier claims on wrongful arrested calling it “unnecessary and bad reaction” and asked for forgiveness.

It is said that Hamuli, a photographer and videographer left Kigali on Saturday to Rubavu to cover a wedding which was scheduled for Sunday. He was arrested at about 11 AM for violating the directives after he was found in public not wearing a facemask.

In an attempt to influence his release or to make his arrest known to event organizers where he was expected for coverage, he took to social media as he was being taken to Umuganda stadium, with unfounded claims.

CP Kabera warned against publishing rumours to tarnish the image of an individual or institution, calling for “compliance instead of committing crimes through false allegations knowingly.”

Hamuli was handed over to Rwanda Investigation Bureau in Rubavu