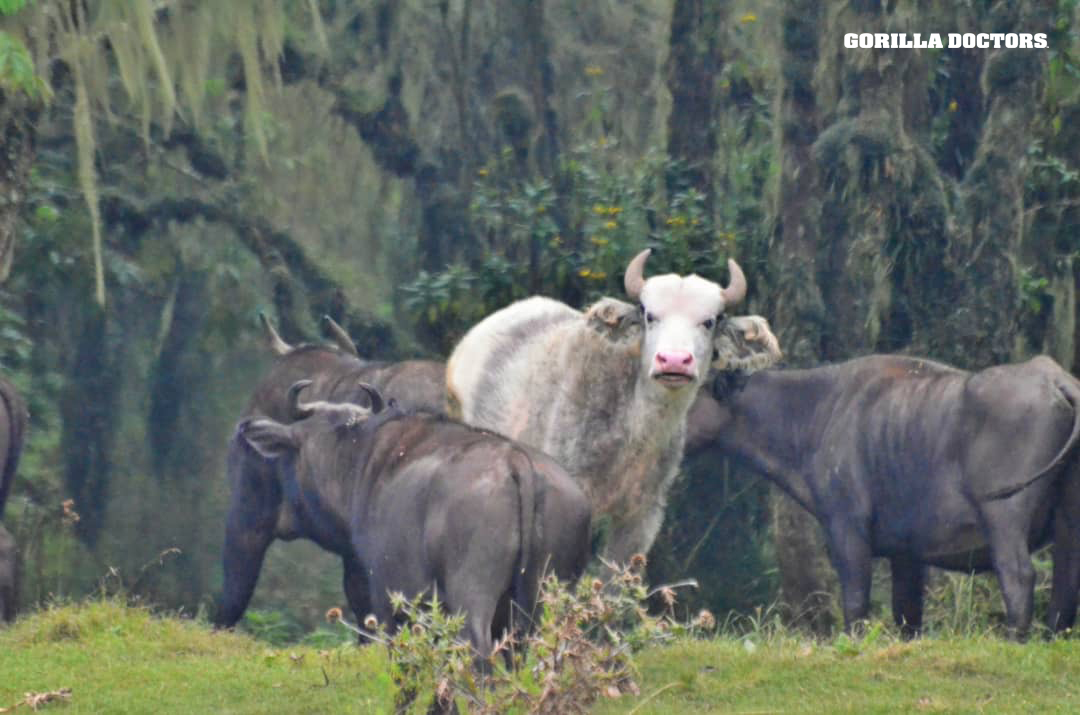 Rarely seen buffalo has been sighted in Rwanda’s volcano national park, the park veterinarians have said.

“Yesterday Dr. Adrien spotted this rare beauty, a white buffalo (not a true albino) that has been part of a herd of 30+ ranging in Volcanoes NP, Rwanda. They were at 3,100m elevation in the Umutara region & the buffalo was equally curious, watching as they passed,” writes the Gorilla Doctors.

The rare beauty white buffalo on Tuesday was seen among a herd of more than 30 dark skinned buffalos.

Dr. Julius Nziza the Head of Vet at Gorilla Doctors Rwanda confirmed its buffalo and though the vets couldn’t approach it, there were high chances the animal color signified it is an albino Buffalo.

“We don’t doubt it is an albino because a similar young buffalo was sighted seven years ago, and we believe it is the one that has grown up now,” Dr. Nziza said on phone.

He further said that a full study on the population of buffalos will be conducted soon, after finalizing with research on gorillas risks of catching Covid-19.

Appearance of this rare beast, follows one of a rarely huge elephant that was sighted at foothills of the same Volcanoes National Park, July 10 which is also a habitat for mountain gorillas and a well-protected population of the elephants.

Statistics show that since tourism activities resumed in mid-June, 1,176 tourists visited Rwanda from almost no visitors in March.

For some tour operators who spoke to KTPress, the appearance of rare beasts in the wild is attributed to coronavirus lockdown which has given space for animals to move freely.

“Coronavirus has come with some good impact to tourism, of which the appearance of such animals will help so much to sell new visiting packages to visitors,” said Fiston Niyitanga, the CEO of Fiston Tours and Travel agency in Kigali

Niyitanga argued that in most of the recent tours he has conducted tourists have seen the Big Five animals walking freely and showing up easily in the wild as a result of reduced human activity around the park areas.