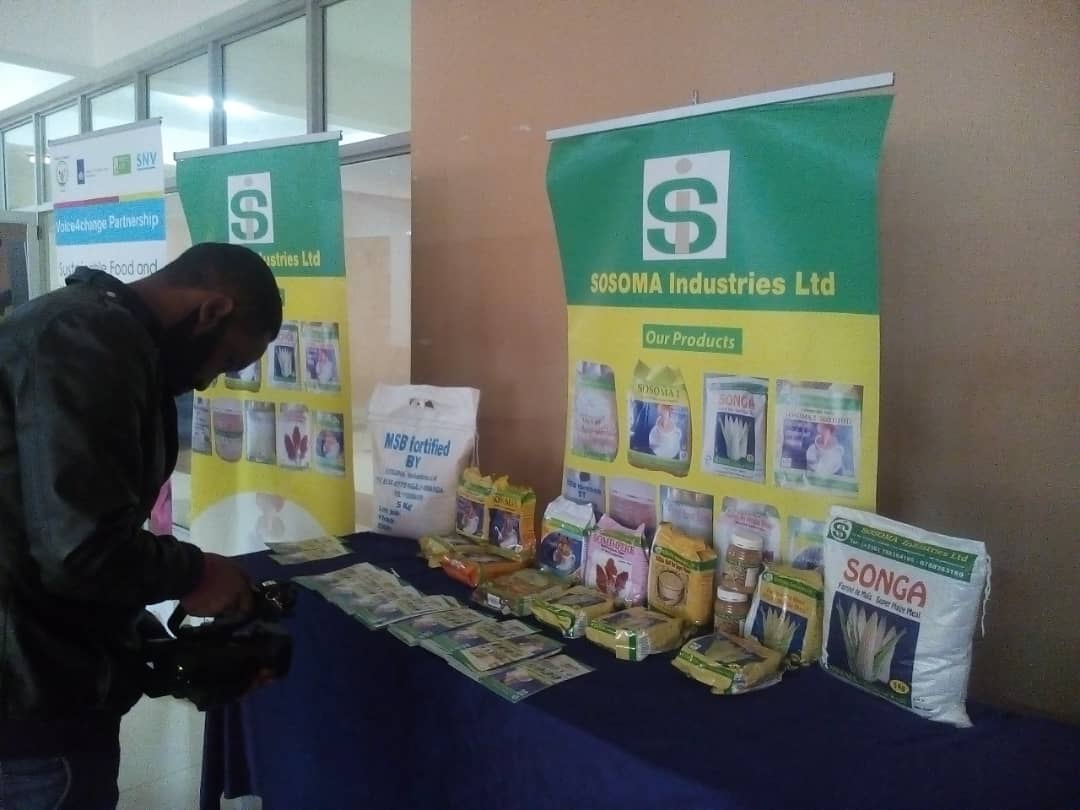 Some of the fortified foods made in Rwanda

Rwanda has embarked on a new strategy to promote massive production and consumption of fortified foods as a way of decreasing stunting figures in the country.

This follows the fortified foods regulation http://www.rwandafda.gov.rw/web/fileadmin/RegulationsGoverningFoodFortification.pdf which was passed in January but its countrywide implementation was set back by the New Coronavirus pandemic.

According to Rwanda Food and Drugs Authority (FDA), the regulation mandates that all food processing companies in Rwanda start producing fortified foods, well packaged, labelled and transported under safe and hygienic conditions.

The food items that are required to be fortified include maize flour, wheat flour, cooking oil, salt and sugar, which are meant to replace the ones that are locally made and don’t have required measured food nutrients to enable the country fight malnutrition.

FDA said that a new mapping will enable existing private food processing companies engaged in massive production of fortified foods as research figures shows that only seven companies are certified to produce fortified food and other seven awaiting certification.

“We have done a mapping of all food industries in Rwanda and we will release a full soon, but briefly we earmarked 636 companies which will be classified according to their capacities so as to know how to improve,” said Alice Muhimpundu, the FDA Good Manufacturing Practices and Good Laboratory Practices Inspector.

Though the mapping of food processing plants was delayed by Covid-19, FDA said that by December all companies in the sector will have to have their fortified product registered but meet the requirements which include having proper equipment, qualified personal, sanitation and hygiene measures but also proper packaging.

“Besides these requirements we will be encouraging companies to keep records of their products so that we can track the performance and effects of a product to consumers whenever any issue arises,” Muhimpundu.

Rwanda Consumer’s Rights Protection Organization (ADECOR) statistics show that since the enactment of the regulation most food processing (milling) companies have not been able to implement the regulation due to several challenges including lack of finance, low production capacity and consumption.

According to Paul Mbonyi, the ADECOR Programs Manager fortified foods remain expensive to produce and companies involved are largely focused on the urban consumers and regional markets, but this could change if production costs are subsidized.

For example the Association of Maize Millers in Rwanda shows that most of these maize milling companies are hammer mills tech oriented, and the cost of fortification is estimated to be Rwf10/Kg for Maize and Rwf45/Kg for other cereals.

“If government can subsidize on taxes, and provide equipment financing, this can address the financial challenges in cost of production and lack of proper technology which have resulted into many companies’ operation below capacity and not being able to meet the FDA requirements,” Mbonyi said. 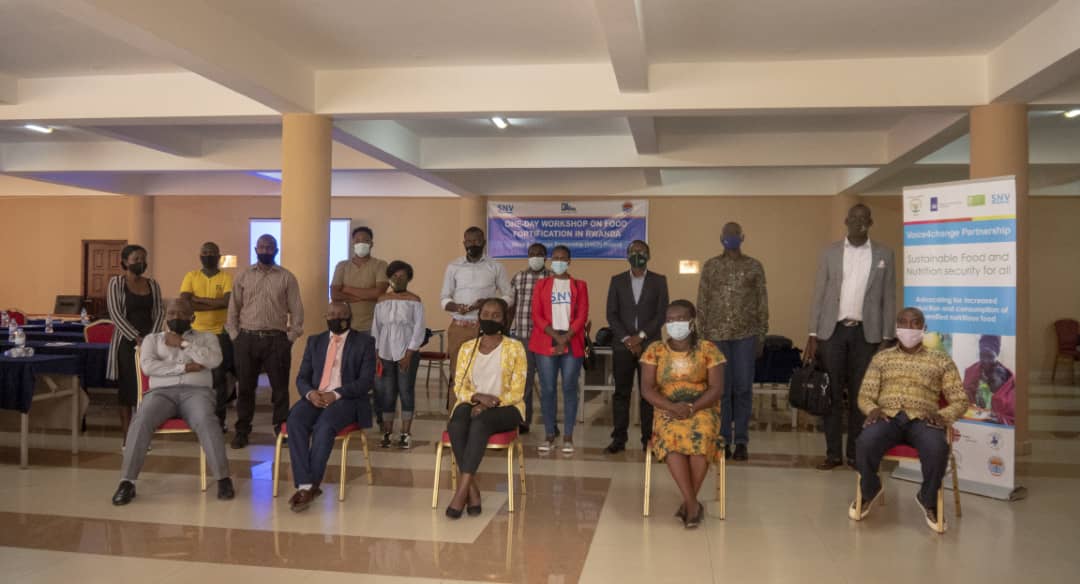 The quick implementation of this regulation will be a win-win situation for the private investors but also for the National Early Childhood Development Program (NECDP) Rwanda which has a task to address the issue of good nutrition and deal with cases of stunting especially among children and mothers.

Rwanda had set a target of reducing stunting from 38% to 19% (from 2013-2018) but current Rwanda Demographic and Health Survey (RDHS) national figures show the Rwanda has managed to reach 35% with some of the issues like increased cases of obesity remaining an equal challenge as household food security increased to 42.7% in 2018 from 40.4% in 2015.

Despite community based nutrition programs, school feeding programs, free distribution of fortified food for mothers and child and improved agriculture practices at farmer levels, statistics by province show that high stunting (among children) remain in the western (45%) and southern (41%), followed by northern (39%), eastern (35%) and Kigali at 23%.

While child stunting at district level Nyabibu, Ngororero and Nyamagabe lead in numbers 59%, 56% and 52% respectively; while Kicukiro district has the lowest numbers of 17% of all the 30 districts. 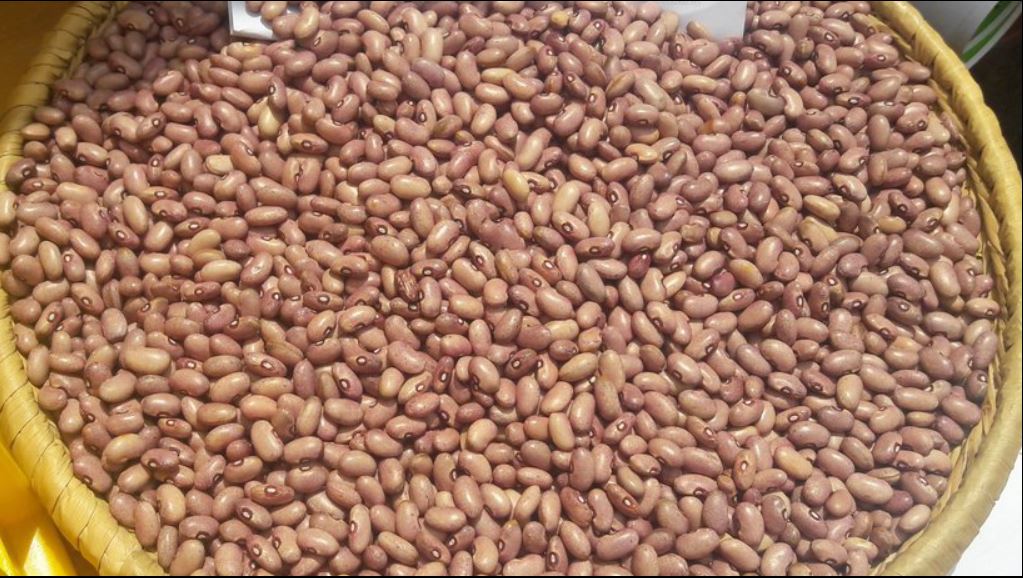 Covid-19, Africa Must Move Faster, Against Gradual Rate of Infection – WHO