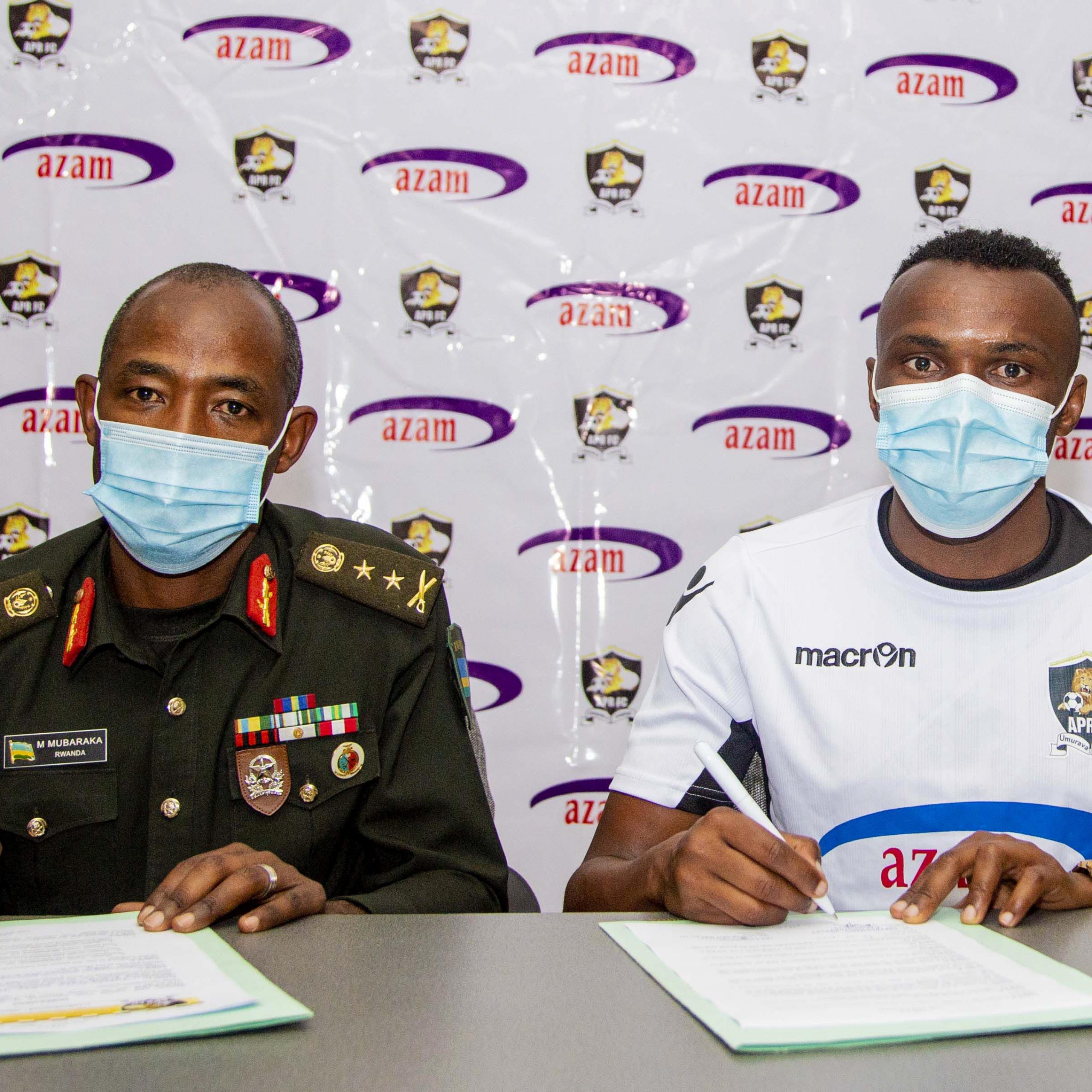 After weeks of speculation, Rwanda international striker Jacques Tuyisenge has finally been confirmed as an APR player, penning a two – year deal for an undisclosed fee.

The 29-year old joins APR as a free agent having parted ways with his Angolan side Petro de Luanda after his contract was mutually terminated in August.

All the attention has been on him since he returned home with reports heavily linking him to APR.

The talks dragged on until Wednesday when Jacques signed the deal after the two sides finally agreed on final details.

APR have set reaching the group stage of the CAF Champions League and retaining the league title as the main targets for the upcoming campaign and were looking for a player with international experience who will add more thrust to the attack .

Tuyisenge, who previously featured for Etincelles and Police, moved to Petro de Luanda from Gor Mahia last year and signed a two-year contract with the most successful team in the Angolan football.

During his first season in Angola, he scored 4 goals in 15 appearances for the club before the league was called off due to the coronavirus pandemic.