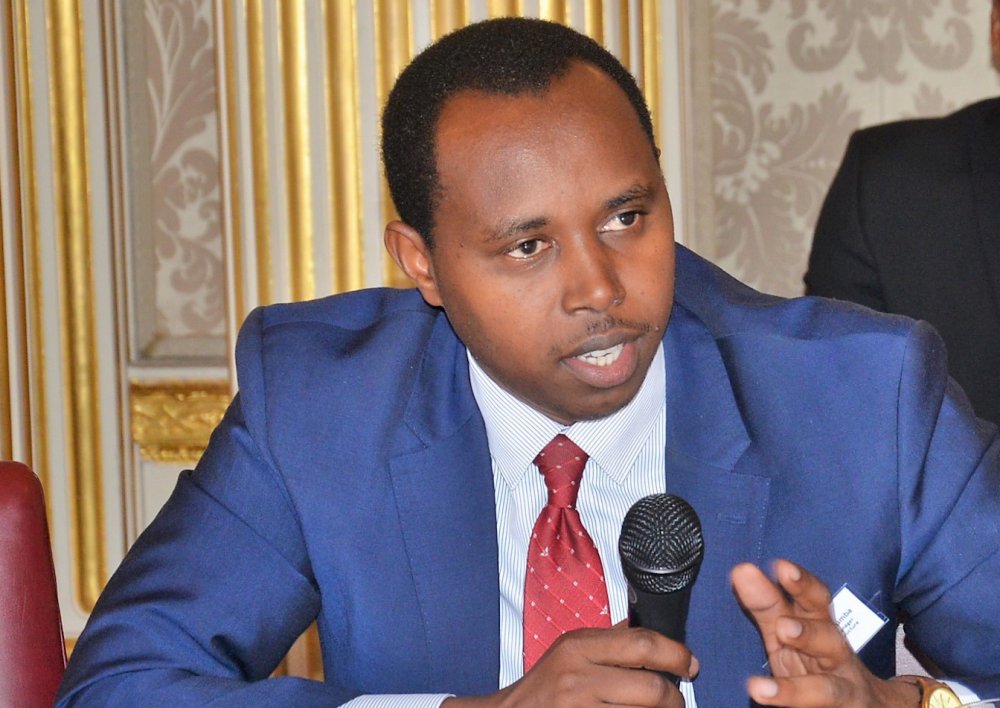 Robert Nyamvumba speaking at a past event

Nyarugenge Intermediate Court on Tuesday, September 29, sentenced Robert Nyamvumba to six years in jail on charges of soliciting a bribe over an infrastructure tender deal involving a Spanish contractor.

Nyamvumba is the former Division Manager in charge of energy in the Ministry of Infrastructure (Mininfra) and has been in custody (Mageragere prison) over corruption-related charges which have since July been postponed on technical grounds.

The court decision taken this Tuesday rimes with the earlier solicited sentence of six years jail term, requested by the public prosecution.

Genesis of the Case

Nyamvumba is accused of asking for a bribe worth Rwf7.2 billion from Javier Elizalde, a Spanish investor who had submitted and won a tender to set up street lighting in Rwanda.

It is alleged by prosecution that after the tender process was finally approved and submitted for funding in the ministry of finance, and before its execution early this year, Nyamvumba contacted Elizalde (who was not in Rwanda) asking for an urgent meeting over the tender progress.

The duo finally managed to meet in one of the hotels in Kigali, where Elizalde in his testimony stated that Nyamvumba asked for 10% commission to have the tender processed faster.

Elizalde is said to have been shocked over the request and subsequently informed the Rwanda Investigation Bureau for further investigation and arrest over attempted soliciting of a bribe.

During interrogation Nyamvuba told prosecution that he had solicited the money on behalf of Jean Damascene Niyomugabo – the proprietor of Master Steel Rwanda who was to jointly work with Elizalde to speed up the tender process.

On these allegation Nyamvumba maintained denial of involvement in the alleged charges levied upon him sighting inconsistences in prosecution evidence of which he said there was no linkage to the alleged crime since he had no authority of the decision made on the tender itself.

In the court order Nyamvumba was asked to pay a court fine of Rwf21billion on top of his sentence, of which the suspect can appeal the ruling in the next five working days.

The case of Nyamvumba is also expected to be reflected in the Parliament Public Accounts Committee hearing which was not held after the energy entity failed to provide financial reports (2017/18) to the Office of the Auditor General (OAG).

The OAG Obadiah Biraro said earlier that REG is still fumbling with finalizing its updated reports and the auditors are working on the old reports from the financial year 2016/17 while other government entities have submitted their recent reports.