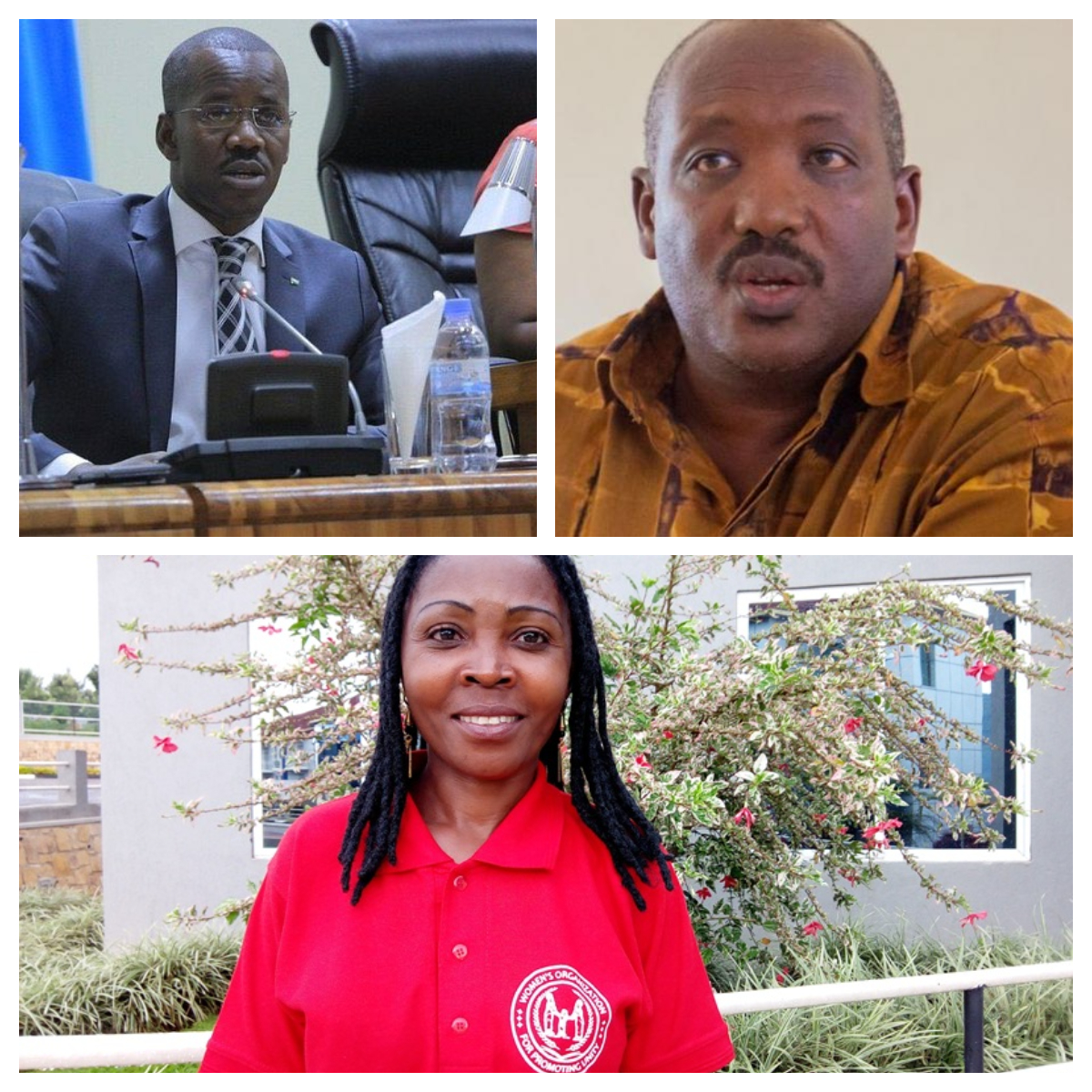 President Paul Kagame has, pursuant to the constitutional powers given to him, appointed four senators to replace some of the six outgoing senators who completed their eight year mandate this October 10, 2020.

Based on article 8 of the constitution of 2003, revised in 2015, President Kagame appointed Dr. Jean Pierre Dusingizemungu, the president of Rwanda umbrella association of genocide against the Tutsi survivor organisations (IBUKA), and Professor at the University of Rwanda and the former Minister of State of Justice in charge of Constitutional Affairs, Evode Uwizeyimana, to join the upper house.

Uwizeyimana who had been dropped from cabinet in February this year after a public scandal in which he allegedly assaulted a female security guard in Kigali.

Following the appointment to the Senate, some people on social media were shocked to hear the appointment of the vocal lawyer Uwizeyimana, while others wished him good luck as he bounced back into politics.

“I want to express my boundless gratitude to [email protected] for the renewed confidence. Your Excellency, I’m highly energetic, loyal, proud and committed to serving our Nation under your Great Leadership,” Uwizeyimana said on twitter.

Others are Andre Twahirwa and Epiphanie Kanziza, who are little known in the public and political domains. All the four will replace four presidential appointees who completed their term of office this week.

Six Senators on October 10th completed their eight year mandate, moving on to new responsibilities and pursuit of lifestyles like any other Rwandan far away from doing government oversight.

The Senate of Rwanda is composed of 26 members including: 12 senators elected by the specific councils in accordance with the administrative entities; 8 senators appointed by the President of the Republic.

These includes Honorable Senators Consolée Uwimana, Charles Uyisenga, Jeanne d’ Arc Mukakalisa, Prof. Chrysologue Karangwa, Zephyrin Kalimba, and Margaret Nyagahura, who are part of the second legislature of the Senate commenced in 2011 and ending in 2019.

Technically the above team was supposed to have left the senate with the previous house that completed its mandate in 2019, but since some of them were appointed in between the eight year mandate, they had to complete their full term a year on.

“The bureau of the Senate, Senators and staff extend their gratitude to the six Senators who have successfully completed their term of office (2012-2020),” the Senate said in a statement this Friday

On October 17, 2019 twenty newly elected and appointed Rwandan Senators taking oath of office in a swearing ceremony presided over by President Paul Kagame at the parliament building in Kigali

The 20 are among the Rwandan Senate composed of 26 members with the President appointing 8 Senators while 12 Senators are elected through at the provincial local government level and four Senate members nominated by the Forum of Political Parties while two are picked by public and private institutions.

Who are the six outgoing senators?

Consolée Uwimana- appointed by the President, a banker who turned politician has Bachelor’s Degree in Economics and Management Sciences. Uwimana is known for her hard work and mobilizing citizens which played a big role in the growth of the Populace Bank of Rwanda (BPR) now BPR Atlas Mara.

Chrysologue Karangwa- also a presidential appointee, and an academician who holds a PHD Physical Chemistry, is very much known for being at the realm of building the National Electoral Commission (NEC) as its chairman for a very long time. He also served for a long time as Rector of the former Kigali Institute of Technology (KIST) and the National University of Rwanda.

Charles Uyisenga- appointed by the Consultative Forum of Political Parties, and a diplomat who has vast expertise in history and served as Head of Information and Director of National  Archives, and also served in Rwanda Embassies in Bonn and Brussels as First counselor and ” Charge d’Affaires.

Jeanne d’ Arc Mukakalisa- a Political parties representative with experience in Public Administration and served as a teacher and Permanent Secretary of the Parti  Democrate  Centriste (PDC) political party. She has been Vice-Chairperson of the Committee on Foreign Affairs, Cooperation and Security in the Senate.

Margaret Nyagahura- presidential appointee and sociologist who served the diaspora as a care assistant, trainer, business women and as Executive  Secretary of  Banyarwanda Cultural  Association in Sweden.