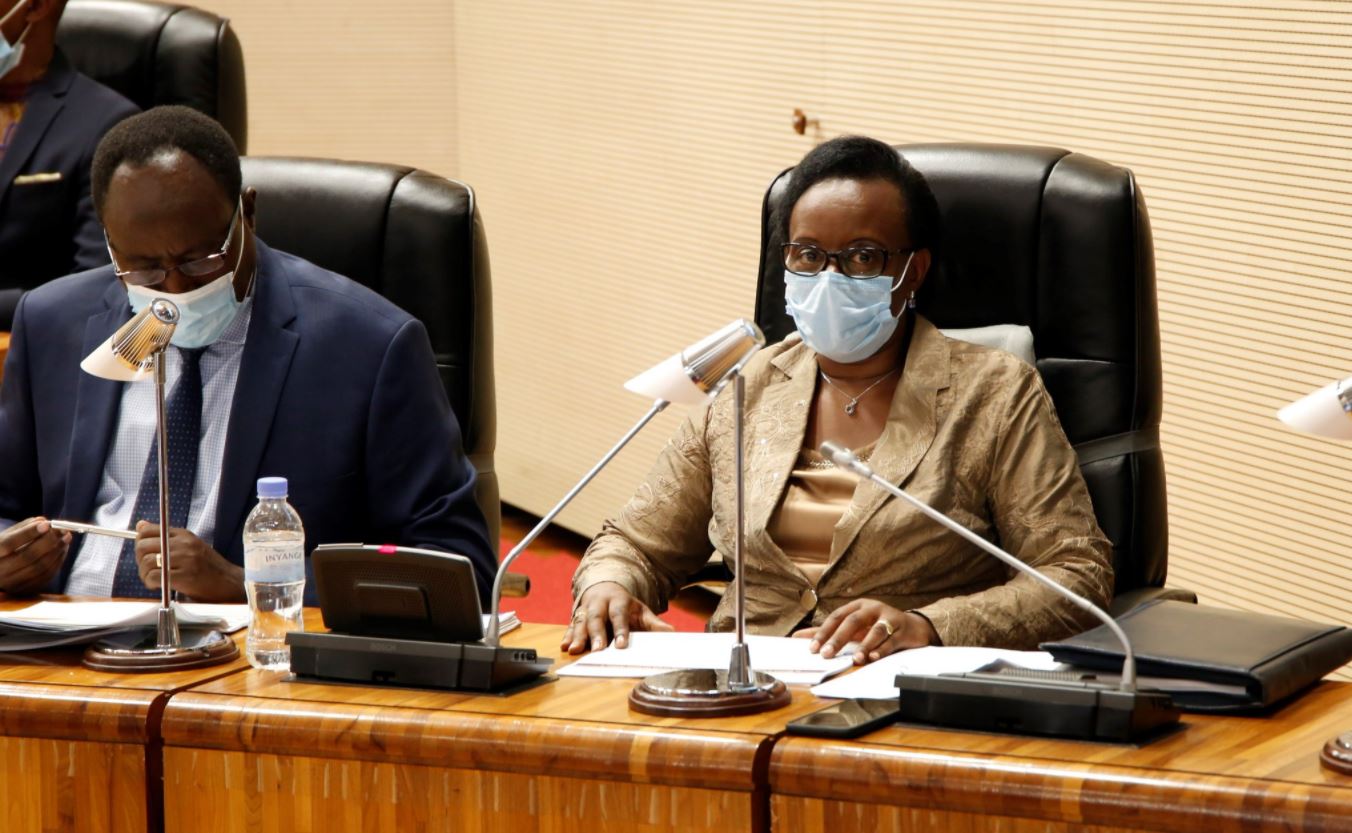 The Chairperson of the National Commission for Human Rights (NCHR) has asked Parliament to advocate for the commission to get more budget support and permanent residence in Kigali so as to improve its performance in monitoring, research and services to citizens.

The call was made by Marie Claire Mukasine, the NCHR Chairperson while presenting to both Parliament and Senate, the commission’s activities implemented in 2018/19 and planned projects for the fiscal year 2020/21.

Mukasine said that despite the commission having done a good job in pursuing its mandate to improve the state of human rights, it has faced challenges in research work, monitoring, investigating cases, as a result of limited financing and constant shifting of its offices around Kigali.

“The Commission has for many years asked for more budget to reach more citizens using technology to promote human rights and do research that is based on investigation, information gathering to give tangible results,” Mukasine said.

Mukasine also said the other challenge is the fact of the commission shifting locations which disorganizes its level of service provided, damages equipment used and affects its global ranking among other countries.

“We also have been shifting offices, on an average of one and half years due to lack of a permanent office- which makes it hard to have citizens access to our services and equipment gets spoilt in the process of shifting yet there is no budgeted for it,” Mukasine said.

On the global ranking Mukasine revealed that without a permanent office which is one of the standards required during evaluation of the commission’s performance, Rwanda is bound to score low points in the area of organizational independence, thus need to resolve this ahead of the evaluations which happen in three years.

The commission also however indicated that though there has been a general improvement in implementation of its recommendations on human rights activities, there are some key areas which need to be immediately improved.

For example, the commission, just as lawmakers raised concern on the expropriation law which has been loosely implemented by government when it comes to expropriating citizens from land set aside for developing activities of community interest.

Under the provisions of n° 32/2015 of 11/06/2015, it requires that citizens are compensated before being expropriated and the same law provides that this should be done with consent between both parties and failure to compensate the citizens in three months after the initial land valuation results to payment of 5% penalties on the agreed cost of land.

Mukasine said that “this law has been poorly implemented with many citizens complaining over delayed compensations thus the commission recommending speeding up of the Prime Minister’s order determining functions and powers of a specialized national expropriation committee”.

The commission also added the annual revision of land prices and valuation which have also not been equally respected in human rights activities.

On this issue, MP Frank Habineza of the Rwanda Democratic Green Party raised the issue of Kangondo 2 residents in Remera Sector, Gasabo district who have since 2017 been battling in court with district officials over property and land compensation disagreements despite district offering the affected citizens with new houses to resettle in.

In the process, some residents agreed to shift but a section of them have refused to accept this option thus turned to courts of law.

“As lawmakers we see this as an issue that can create insecurity in the community, we would like to know if you have followed this issue since it has been around for long and citizens are not happy,” Habineza said.

The commission said that they have followed the case but since it is still under discussion with the government and citizens, there are signs of resolving the matter soon.

However MP Christine Mukabunani and Senator François Habiyakare said the law is very clear that before expropriation is done, citizens must get compensated and thus asked why some citizens willing to be expropriated have not received their compensations yet infrastructure activities had commenced in their land.

“This is evident that the law was not respected and how are you sure the Prime Minister’s order will change anything?” Mukabunani asked.

For example the commission says of 817 citizens whose land was valued, only 577 (70.6%) had been compensated and 240 (29.4%) are yet to be. Also 47.3% of these citizens told the commission that the valuation cost was not equivalent to the value of property.

On this, Sen. Marie Rose Mureshyankwano asked why these prices are not revised to suit the current market prices, but the commission said that the prices used are for 2018 but this is a concern that will be raised with the ministries concerned.

The commission also assured the senate and parliament that the Prime Minister’s directive will pave the way for solving the issues around citizen compensations.

The commission also recommended using the Covid19 experience government should rethink a law on pandemic management to avoid some of the human issues that were raised during coronavirus lockdown measures implementation.