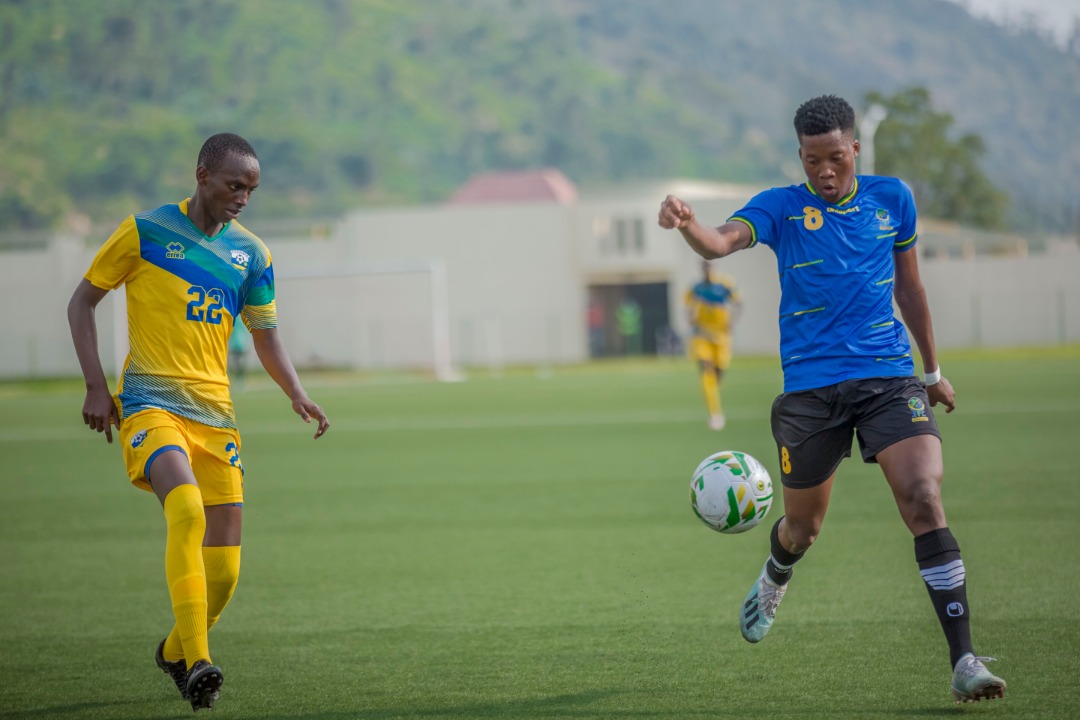 The Rwandan U17 national football team opened their Group A play with a 1-3 defeat against Tanzania at UMuganda Stadium in Rubavu.

It took Tanzania just 10 minutes to take the lead, when Kassimu Ibrahim Yahya took advantage the defenders’ failure to clear the ball and fire home for Tanzania’s first.

Four minutes later, Tanzanina once again capitalised on defensive errors when Omar Abbas Mvungi burts into the idle defenders and fired into the net.

In the 18th minute, Yves Rwasamanzi’s boys finaly responded with a brilliant counter-attack as Salim Saleh sent a perfect ball across to Eric Irihamye on the right, who in turn provided the perfect cross for Saleh who fired a shot which deflected off the defender’s arm and the referee instantly pointed to the spot.

Rwandan threatened frequently in the second half but Tanzania maintained the pressure with Omar Abbas Mvungi scoring the third in the 61st minute.

Salim Saleh made his presence felt again in the second half when he was fouled in the area for a second penalty which Eric Irihamye missed in 83rd minute.

Rwanda will remain in Rubavu for their second game, Wednesday afternoon against Djibouti.