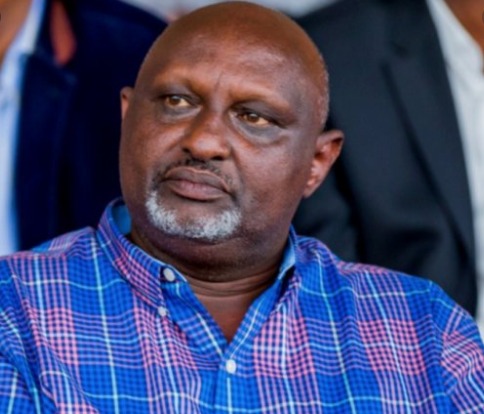 Businessman Paul Muvunyi and his co-accused who were facing charges of fraudulently acquiring land in Karongi have been released after they pleaded guilty and agreed to pay a fine of Rwf3m each.

The former president of Rayon Sport FC and three others, including Rtd Col Ruzibiza Eugène, the former Commander of the Armed Forces in Karongi District, Gérald Niyongamije, the Executive Secretary of Gasura Cell, Karongi District, and a one Félicien, Kayigema were arrested on December 24, 2020 on suspicion of fraud.

The National Public Prosecution Authority (NPPA) confirmed on Wednesday that Muvunyi and co. were released after a plea bargain in which they admitted to the charges and agreed to settle the matter amicably.

“They simply admitted to the charges and agreed to resolve the issue and also pay a fine. Their admission was partly the basis for the decision to release them. They also agreed to pay the legal fines if it is deemed ok by the Prosecution,” the NPPA Spokesperson Faustin Nkusi said.

Nkusi explained that the law gives the Prosecution the power to impose fines on the accused if necessary.

“The prosecution is allowed to impose a fine without a trial when it is necessary to do so. That’s what we did, they were fined three million each and would be released after that,” Nkusi explained.

Article 24 of Law Nº 027/2019 of 19/09/2019 on Criminal Procedure in its fourth paragraph states that in the event of a victim’s claim for damages, the prosecutor shall summon him or her to mediate with the suspect.

On the amount of compensation to be paid. It goes on to say that if they are unable to reach an agreement the victim is suing for damages in a competent court.

When he learned that the crime the Ombudsman was prosecuting was related to land near Lake Kivu he bought the owner unknowingly.

In this area, Muvunyi has a large hotel investment, which is where the Kivu Safari Lodge is located in Gishyita Sector.

The hotel which cost Rwf1.2 billion to build was launched in 2016. In the purchase of the land by Mukangamije Annonciata, it is alleged that Muvuyi paid Rwf2m but the owner was involved.

The purchase agreement was signed by Kayigema, a resident who signed on behalf of the landlord -his older brother, while Gasura Cell Executive Secretary Niyongamije Gérald insisted that the purchase made before him show nothing illegal.